A Brief Treatise on the Rules of Thrones 1.05: The Wolf and the Lion

A Brief Treatise on the Rules of Thrones is funded by my backers on Patreon. I apologize for the late post this week. 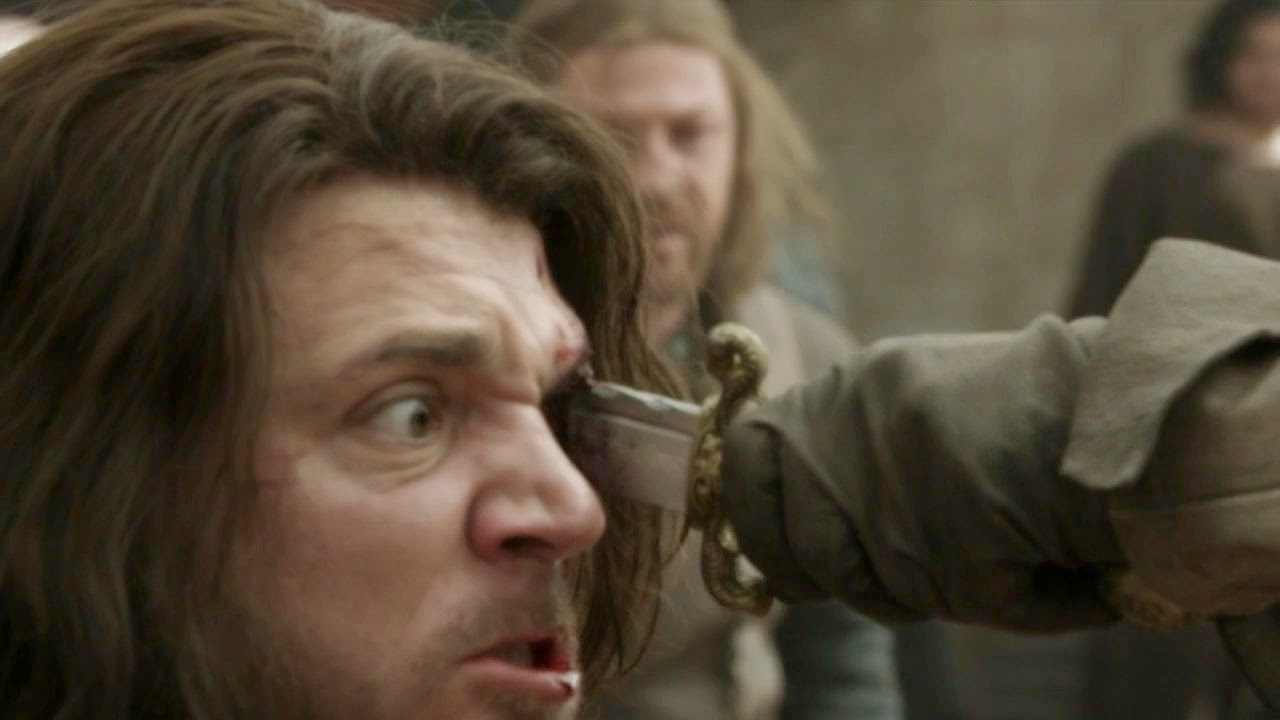 I approve of this.

“he notes that this is no longer a game for two players,” a statement that is entirely untrue, in that it takes as a premise the idea that it ever was.

Doesn't he say something of the sort himself straight afterwards?

It appears that, yes, that is the case - it's as they're fading from audibility, and apparently when I rewatched that scene to do that close-reading I missed that line in the mix. Editing the end to acknowledge that.

The way in which the Targaryen plot here helps set up Ned's downfall seems to me to complicate the significance of that outcome in a way that casts doubt on its stated message.

I'm filling in the gaps to reconstruct the kind of thought processes that are presumably made explicit in the book, one way or another, but in terms of how things play on screen it seems clear that Ned and Robert's disagreement here is absolutely fundamental to what goes wrong, because it leads to Ned tipping off Cersei and to everything that flows from that. Had he not had this demonstration of the King's ruthlessness, Ned would surely never have imagined that his old friend might harm three innocent* children, let alone those he had thought of as his own. He would have gone straight to Robert with what he discovered, the Lannisters would have been comprehensively screwed and there would have been no civil war, or at worst a small short one like the Greyjoy Rebellion.

But if so, that means that whereas characters are endlessly telling us that Ned was killed by his honour, his loyalty, his kindness and whatever else, actually those things only become a problem when matched with Robert's ruthlessness. Both of them acting honourably (as, according to Ned, would once have been the case) would have had much the same benefits as neither of them doing so.

So arguably the disaster is not, as we are told and seemingly meant to accept, a sign that No Good Deed Goes Unpunished, that Nice Guys Finish Last, that Only The Good Die Young or whatever else, so much as a result of the more prosaically political fact that the two friends and allies who built this regime are no longer on the same page. And while they both play their part in that, Robert is if anything the more responsible for the divergence, because he has apparently changed while Ned has stayed the same. (One could argue that Robert has had to change in order to last this long, thus putting the blame back on Ned's fastidiousness, but the fact that Robert's government for the last "seventeen good years" of stability has been managed by the "honourable", "kind" and, of all things, "trusting" Jon Arryn suggests otherwise.) The breakdown of likemindedness leads to one of them trying to serve the other's interests while simultaneously trying to sabotage his anticipated actions, a self-contradictory position of a sort bound to end in tears, regardless of the specific whys and wherefores of their estrangement.

I mentioned the The Wire last week, so I'll do it again (with the flimsy excuse of the frequency with which its characters talk about The Game) - there's a certain resonance here with the Fall of House Barksdale.

I wonder whether the force of this apparent disparity between what we are told about the significance of events and what the things we are shown actually implies owes something to the switch from a novel reliant on POV characters to its screen adaptation. I suppose the former form tends to encourage us to think of those characters differently from others, fully ascribing self-determination to them, whereas other characters become in a sense just part of the environment in which POV characters must make their choices. In that context one would be more inclined to think overwhelmingly in terms of how Ned responds to the situation facing him and what he might have done differently, rather than giving equivalent weight to what others might have done differently.

*That is, two innocent innocent children, and one innocent of any responsibility for his parentage.

This week's stunner in the "You mean that scene wasn't in the book at all?!!" stakes: Robert and Cersei's heart-to-heart.

Oh, and I do like how your placement of Tyrion in the board listing mirrors Dinklage's "And" in the season 1 credits.

The unseen but looming presence of dragons also extends to Tyrion's stay at the Eyrie, where the architecture of the skycells suggests nests for dragons. Arya in the literal skull of a dragon, deep below the earth; Tyrion in the metaphorical belly, high up in the sky. Both now in Essos.

With you there Jane, loved the imagery of dragons hidden across the landscape.

I have always loved that scene. Having read the books before the show started, this tiny scene changed my outlook on Cersei completely, and was the only reason I would recommend the show before reading the books. I felt that it was that fundamental of a shift, since you never get a Cersei point of view until... Book 4? Book 3? One of those.