A Brief Treatise on the Rules of Thrones 1.08 (The Pointy End)

As always, thanks to my backers on Patreon. By the way, you do all know I post updates a week early there, right? 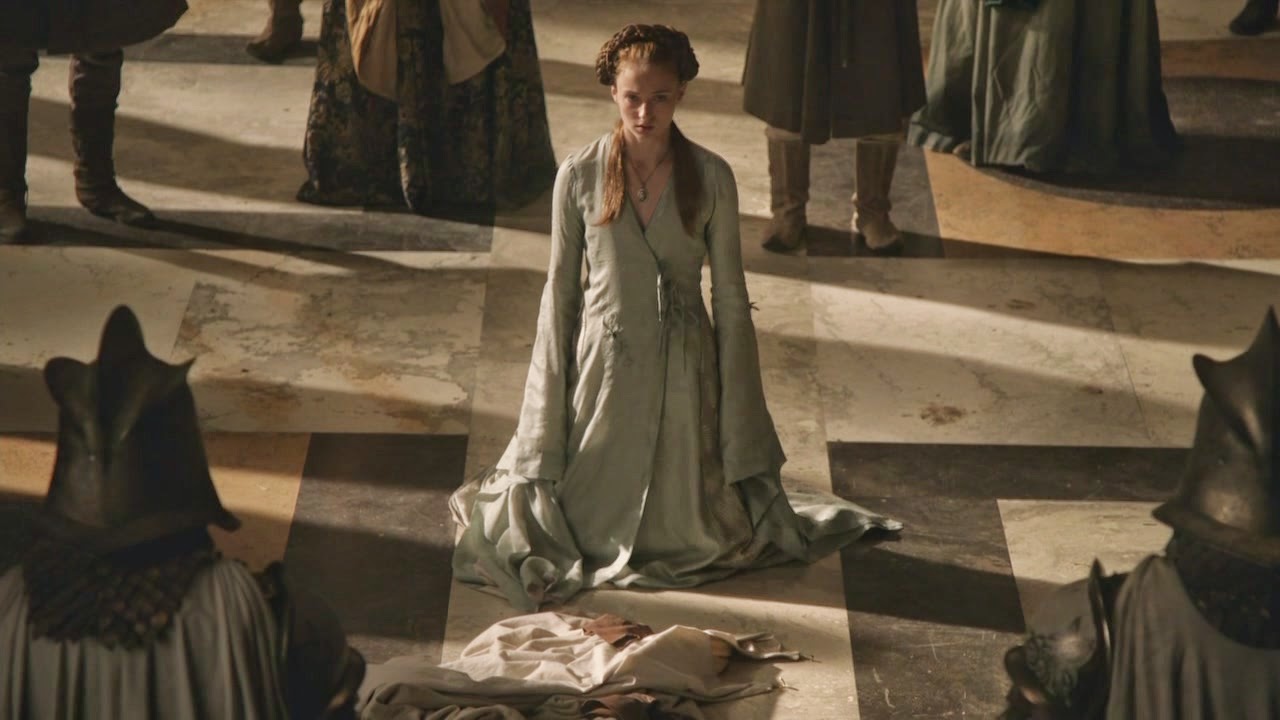 Line of the Week: "I won't hatch anything!"

By the way, I'm slightly concerned that the omission of Neddie's Deadies, killed in the Throwdown In The Throneroom, from the "features the death of" stakes last week will mess up the scoring.

Speaking of which, is it purely logarithmic, or do peasants only count in the event of a tie?

I really enjoy the Stone Crows whenever I see them or read about them, especially as there is one called Gurn. Fabulous. I wonder how many other little known hill tribes who do not bend the knee are roaming Westeros?

Really enjoy the funny little shot of an epic tree stump as Tyrion, Bronn and the Stone Crows come over the brow of the hill to the Lannister encampment. It looks for a moment larger than its real size and almost as if it has a castle a bit like the Eyrie perched top it like a weird crystal.

Just re-watched, and one of my favourite shots of the season appears right at the end of the episode, where the camera pans down behind the Iron Throne, the spikes of which obscure and absorb Sansa and the rest of the image. Like the One Ring, this symbol has all the power, or the desire for it does.

On reflection, Robb could have made a very sensible decision to simply hold a defensible position at the Neck and proclaim himself King of the North and let the Southerners get on with it.

Discovered from George R Martin's commentary on the episode that the Hill Tribes were the originals inhabitants of The Vale. Interesting, gives them more depth for me.

On reflection, Robb could have made a very sensible decision to simply hold a defensible position at the Neck and proclaim himself King of the North and let the Southerners get on with it.

But as in other matters, he lets emotion prevail. And honour, of course. (Tch! Starks!) Consequently he needs a political solution sooner rather than later, which is why Renly's death flips him from a winning position to being pretty much doomed. (I imagine when we get there Phil will have things to say about the significance of Renly's death in terms of causation and the power of magic to reorder the political landscape.)

Discovered from George R Martin's commentary on the episode that the Hill Tribes were the originals inhabitants of The Vale. Interesting, gives them more depth for me.

Yeah, the Vale is pretty much Wales. Or Dunland, obviously. Death to the Forgoil etc.

Yeah thanks for the reply Aylwin, and sorry for the tardy response - been working too much and been missing posts!

Absolutely, of course you are right re: the King in the North stuff. I just can't help now as a reaction whilst watching the show, to want to habitually correct the big errors I believe I witness folk making, as some of the consequences are so terrible. I don't really want the drama removed though, as it is fascinating watching a fantasy type show where the characters as you say make their choices often based on emotions.

Mind you, having nosed around a bit since making that comment, I gather that in the books there are also more practical military reasons, besides the emotion-honour-prestige considerations of revenge, keeping up the pressure to release his sisters and standing by the Tullys and his other allies in the Riverlands.

The TV series is very vague about the extent of the Greyjoy presence in the North, and it seems pretty clear that withdrawal is always an option (whether for Robb or for deserters like the Karstarks). Whereas in the books the Greyjoys are strongly fortified on the only dry route across the Neck, so that by the time things start going against Robb in the south, retreat has itself become a very difficult and dangerous option which could lead to him getting trapped between the Lannister army, the fortified Greyjoys and the marshes.

Which also makes a bit more sense of one of my plausibility gripes about that strand in the TV version - the fact that all Robb's problems with dissension in the ranks seem to come from incidental personal matters like Lord Karstark's vengeance, rather than the vastly larger fact that the Ironborn are raping and pillaging their way across the North, which ought to have his army clamouring to march home, or else just voting with their feet and going anyway. If they can't easily go it hangs together a bit better.

I've just watched episode ten again and there Robb immediately on hearing about his father's execution basically wants to go and "kill them all". This could suggest to me that perhaps Robb is not much of a military tactician and has been more responding from his gut. Maybe Robb's forces not holding together comes from in the end their lack of trust about his tactics, as he was already welching on his deal made with Greyjoy by marrying another woman? But good thoughts made above too.