A Brief Treatise on the Rules of Thrones 1.10: Fire and Blood 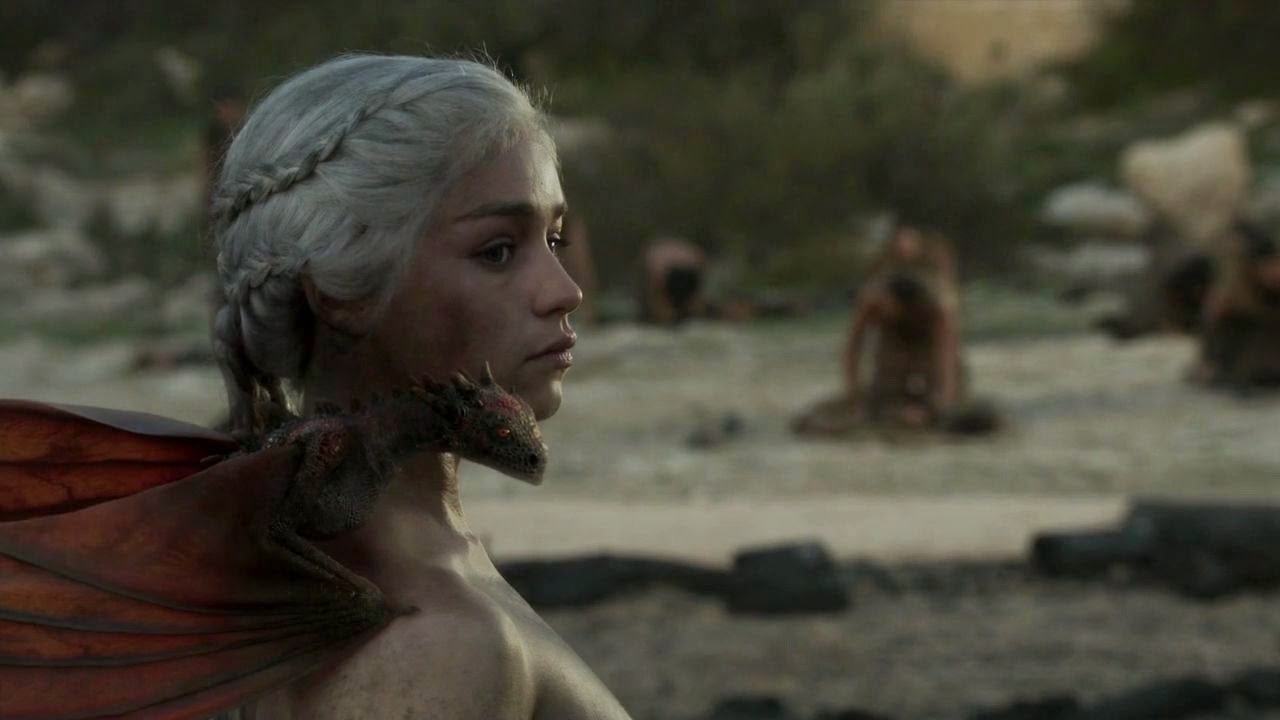 "At the center of this labyrinth is a throne, upon which sits a king. Perhaps it is the one who will sit upon the Iron Throne when the narrative is finished. Perhaps it is simply some last great implication, a Freudian god of the unspoken. Regardless, it is what the game is played for: an understanding of what legitimate rule formed in a materialist conception of history looks like. Of what a good king is. Or, to put it another way, there is, at some point, the prospect of a winner."

My money is that it will end in democracy, and the abolition of the Iron Throne through dragonfire.

A lot depends on who Ramsey was speaking for (and whether they were just baiting us).

"If you think this has a happy ending you haven't been paying attention."

Some things that stood out for me in this episode include: The transition within Bran's dream near the beginning where we see him walking whilst seeing the three-eyed raven, moving into him apparently still walking but he is on the shoulders of Hodor and in the waking world. I also really have liked the small moments that Rickon's character brings, even though they are small and there are only a few of them. he often seems to be pretty tuned in and has a pretty clear understanding of events for his young age.

I do really love loads the added scene with Pycelle, as in the scene's last moment we are shown that all we have been shown about his character is actually pretty skilful acting on his part as he adopts from being well poised and upright, the sunken old posture usually seen.

The other transition I really adore though is the last one from the Night's watch as they travel through the ice tunnel in the wall to North, to Dany assisting Drogo to properly pass over. In my mind the tunnel makes me think of that journey through the liminal spaces between worlds - such as from the human world into a region soaked in magic, or between life and death.

The last moment with Dany where after her magical initiation, her eyes show a woman touching the transcendent. Beautiful.

Not a terribly democratic ticket.

The other transition I really adore though is the last one from the Night's watch as they travel through the ice tunnel in the wall to North, to Dany assisting Drogo to properly pass over. In my mind the tunnel makes me think of that journey through the liminal spaces between worlds - such as from the human world into a region soaked in magic, or between life and death.

Oooh yes. Good point. And of course in her vision at the end of the next season she goes through the same tunnel herself and meets Drogo on the other side.

Absolutely, that's a great scene too.

I suppose my biggest question at this point is "so what?" Or rather, "is there a 'so what'?"

Is there an overall meaning to GOT by this point, or is it, like some sort of soap, a continuing narrative all sound and fury signifying nothing? If it had been cancelled after the first season what would the conceptulation of 'Game of Thrones' by the public have actually been? Is the message just 'life is crap and villains win'?

I imagine you are struggling with the analysis a bit Phil, as it seems to be mostly reduced to an explanation of what is happening on screen rather than some of the more gonzo posts of the TARDIS eruditorium. Maybe GoT is such a different beast that it defies analysis due to its nature as an ongoing narrative?

Don't think of that as a critique your way, more an observation on what GoT /is/ and what can realistically be done with it. I don't know the answer. I'm hoping you do!

That said I am hoping for a good post on the paranoid nature of the fandom (and fandoms in general) in creating insane tinfoil fan theories (and yet at the same time, this being something modern television has explicitly trained us to do).

Speaking of the number of resolutions required, one thing that distinguishes this episode from the last of the next season is that it's only perhaps the penultimate "ending" that sort of feels like it might be the final climax, before you get to the actual climax. The crescendo works very nicely. Whereas in season 2 it all gets a bit Return of the King. "Is that...no, no, there's another bit".

Mind you, though of course it's all neat and symmetrical having season 2 end with the first proper sight of the White Walkers just as season 1 ends with the first sight of the dragons, part of me would have liked it to finish on Bran and Co setting off with Winterfell smouldering in the background, just because it's such an evocative (and thematically resonant) image.

His mistake was adding Melisandre to the ticket to try to capture those red states.

Was the structure of major climax in the penultimate episode, followed by the fallout in the final episode pioneered by the Wire, or was it around before?

Farscape did it (seasons 2-4), though that only preceded The Wire by a couple of years.

I would be surprised (though pleased) to find Farscape was a major influence on the Wire.

It doesn't seem that likely to be David Simon's tipple, does it? Still, it was out there.

I believe Phil said in his Shabcast interview that he was planning to write a book on GoT once the series was over, which would take more the kind of approach people might expect from him, in terms of assessing its antecedents, interaction with its cultural context and what-have-you. The Brief Treatise, with its focus on structure and mechanics, is about taking a particular angle on the series, not the last word in PS on GoT.

Yeah, ultimately what I want to do is something much bigger that looks at the work's span from the obscure depths of sci-fi/fantasy fandom, as a series by a man who's basically the last of the great neckbeards, to being a world-conquering pop culture giant. I want to look at the materialism of that, and the sort of pathological aspects of the series' narratives - the excessive, ludicrous amount of depth and detail. It'll be my "from Tolkien to the Wire" book.

But that'll require A Dream of Spring to exist as a book. So for now, I'm doing something that's very crunchy and based on the storytelling techniques, in part because that's just not an angle I've really taken in my critical work so far.

For what it's worth, Buffy TVS did exactly this in Season 4, with the Big Bad being defeated in the penultimate episode and the final episode being a 'dream world' character study and musing on the nature of the slayer.