A Brief Treatise on the Rules of Thrones 2.01: The North Remembers

Brought to you by my backers on Patreon. 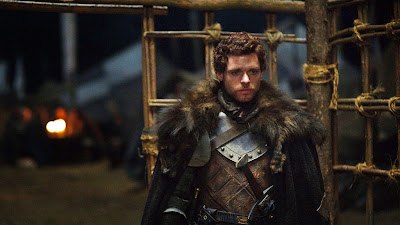 If I remember rightly from the DVD commentaries, the Stannis sequence was originally meant to be at the beginning of the episode, though I'm not sure at what point in the production process the order was changed. (Hardly surprising that that was the original plan - quite apart from the precedent of the book, in visual terms that wtf image of the burning idols on the beach would make a very arresting opening.)

So that rearrangement may or may not represent any deeply-considered intent. Nonetheless, it certainly produces a very elegant structure in terms of the series' own layout. Besides highlighting this as The Season of Tyrion, it means that the first four sections cover the four "permanent" features of the board, the ones that appear in the introduction whether they are present in the episode (or the season!) or not: King's Landing, Winterfell, the Wall, and Wherever Daenerys Is (the last one being tied to a character rather than a fixed location naturally reflects her unique personal heft as a disruptive, transformative force in motion). Only after touching in on each of these enduring poles of the structure do we turn to the new element being introduced.

The last three of that set of four also form the first three of the other set of four, the sections linked by the red comet. These are also significantly chosen, focusing on the four characters being set up for a Destiny on the grand scale, a starring role in the coming apocalyptic drama. That chimes easily with the traditional role of comets as the archetypal portent of greatness, as well as doom. Bookending these sections, the first explicitly discusses the meaning of the comet and the last explicitly introduces the concept of the foretold saviour-hero. The debatable and variously exploitable significance of the former and the scripted theatre of the latter introduce an undercurrent of scepticism to the prophetic proceedings.

Over-interpreting a bit, the way that putting his section alone in front of those four gives Tyrion a special status outside of that set can be viewed as highlighting his status as the story's most prominent "free agent", a leading character of great narrative significance who is not protected or constrained by any diegetic personal Destiny (as far as I know).

On that peculiar title: besides remembering Ned, might it have something to do with the notion of the North as a place with a longer and less deeply-buried memory than the rest of Westeros? The North is the place where the present is most firmly and visibly rooted in the past, where the Old Gods and the cultural legacy of the First Men cling on. It's home to the ludicrously ancient continuity of Winterfell and the Starks, and of the Night's Watch. It's the place where it's hardest to forget completely that this society lives on the edge of Something Else beyond, and that, sooner or later, winter is always coming. It still doesn't tie in very obviously with the content of the episode, but there may be a link to the return-of-magic ominousness. "So be good for goodness' sake! Because woah-oh-oh! Somebody's coming!"

Absolutely, many of my favourite moments of the season are exactly this.

you can continue to enjoy using these free steam wallet codes online from the generators here.