A Brief Treatise on the Rules of Thrones 2.10: Valar Morghulis 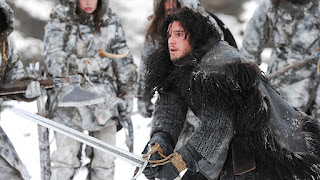 It's a shame this is going on indefinite hiatus, though I get the feeling season 5 beat the interest out of you, which is... fair enough really given a lot of the decisions made.

>The Super Nintendo Project is back on August 3rd with Lemmings.
Wait, Lemmings was on the SNES? How... how did that work?

Even more interestingly - Lemmings was also on the NES.