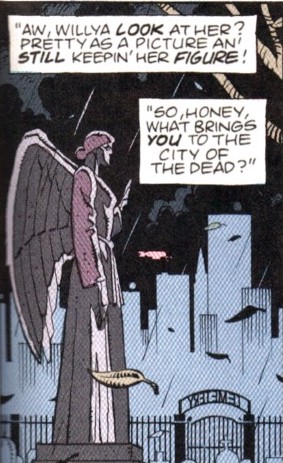 This is, perhaps, why so much ink has been spilled within the War on attempts to argue that this gap, in effect, does not exist - that Watchmen can be understood purely, or at least primarily, in terms of its influences, thus allowing those living in its wake to exist as though they are free from its vast and monolithic splendor. It is, after all, the easier option; it does not require staring too long at the cavernous depths within. It gives the comforting illusion that Watchmen is, at its heart, an easily solved mystery - a question with a definite answer. Nothing could be further from the truth, but for those who would otherwise find themselves caught in its blast, reduced to mere shadows cast by its incinerating radiance the idea that the book is simply some inevitable consequence of what came before is a useful delusion.
There are, of course, other factors involved in the particular obsession with Watchmen’s influences, most notably the fact that Moore and Gibbons have both asserted consistently that Watchmen was envisioned as a creator-owned book, a claim that makes the degree to which its ideas originated with Moore and Gibbons relevant. More ...

Last War in Albion Book Two, Chapter One: A Machine That Kills (At Midnight All The Agents)

In anticipation of the forthcoming new chapter of Last War in Albion, I thought I'd re-run the first seven chapters of Book Two, in part to make chapters 1-5 organized in single post omnibus form like latter chapters.

Previously in The Last War in Albion: In 1979, two men got their starts in the British comics industry. One, a young Scotsman named Grant Morrison, largely sunk without a trace, writing only a few short stories for a failed magazine called Near Myths, a local newspaper strip, and a couple of sci-fi adventurers for DC Thomson’s Starblazer, a magazine renowned for only ever giving the editorial note “more space combat.”

The other, a decade older man from Northampton named Alan Moore, steadily worked his way from some low rent gigs writing and drawing his own strips to a career in the mainstream British industry, pulling together a living writing disposable short stories for 2000 AD, superheroes for Marvel UK, and low-selling but critically acclaimed work like V for Vendetta for Dez Skinn’s Warrior, before making the jump to American comics to try to salvage the failing title ...

It's Funny, Isn't It? (The Pirate Planet) 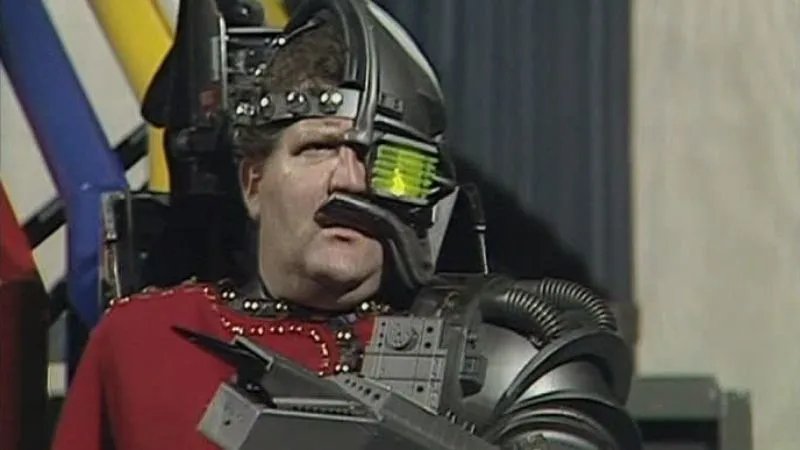 It’s September 30th, 1978. Between now and October 21st, three people will be murdered by Bruce John Preston in the Australian town of Mount Isa, numerous people will die in Cambodia following a Vietnamese invasion, and an unknown number of people die in the African National Congress following an attempt to poison 500 people to kill an unidentified infiltrator. Also, Frederick Valentich dies in an aviation accident shortly after encountering what he described as an unidentified flying object, Jacques Brel dies of cancer in France, the world comes closer still to the eschaton, and The Pirate Planet airs on BBC One.

In The Pirate Planet, Doctor Who presents one of the most confused central metaphors of its long and generally confused history. The concept is admittedly ingenious: Zanak, a hollow planet that materializes around other planets and then consumes them in their entirety. On top of that, as is gradually revealed over the course of four episodes, all of this exists to feed power to the elaborate machines keeping the tyrannical Queen Xanxia alive and with a facsimile of her youthful body. So on the one hand we have a brutal metaphor for capitalist/imperialist expansion and the ...

Just a quick announcement. Dalek Eruditorum has been proving frustrating to write—I think I was overly optimistic in thinking I could get to 39 posts out of the idea, and in practice around 13 or so it started becoming an exercise in pulling teeth. Posts were going out to Patrons on Fridays or later after having been written in short spurts of 3-400 words that took all day to even begin to figure out. It's been pretty miserable. And so I've decided that I'm going to accelerate a decision that I'd been planning on making when I finished Dalek Eruditorum: I'm refocusing on longer form writing.

What this means in practice is that this site is not going to be a weekly maintained blog. I'll still put things up here—the first thing I'm doing is going back to Last War in Albion, and that'll still get posted here in chapter-sized chunks. And other sub-book stuff that I write will probably find a home over here. But I feel like the 2000 word blog post is not really working for me anymore, and like I need to get out of that format ...

We Change Things. We Make Things Happen (The Sun Makers)

Posted by: Elizabeth Sandifer 6 months ago 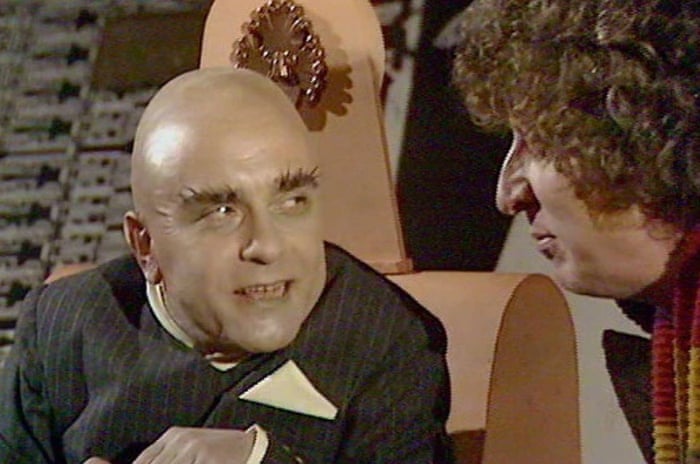 It’s November 26th, 1977. Between now and December 17th, an airplane carrying the University of Evansville basketball team will crash, killing the entire team, another plane crash at Madeira Airport in Portugal kills a hundred and thirty-one, and sex worker Marilyn Moore is injured in an attack by the Yorkshire Ripper. Despite the relative paucity of major disasters, the world still creeps ever closer to the eschaton and The Sun Makers airs.

The usual observation about The Sun Makers is that Robert Holmes attempted to whine about his taxes and accidentally wrote a Marxist parable. Annoyingly, the usual observation is in this instance correct. The Sun Makers is, on a superficial level, about taxes—there’s a joke about a “P45 return corridor,” several cracks about needing a “wily accountant,” and the basic fact that all of the crippling payments the population of Pluto is forced to make are explicitly called taxes. And yet any attempt to interpret it as the whinging of a conservative writer grumpy that he should actually be expected to contribute to the greater society swiftly runs aground in the face of practically everything that isn’t one of these details.

The biggest problem is ...

The Information, The Strategy, The Consciousness (The Deadly Assassin) 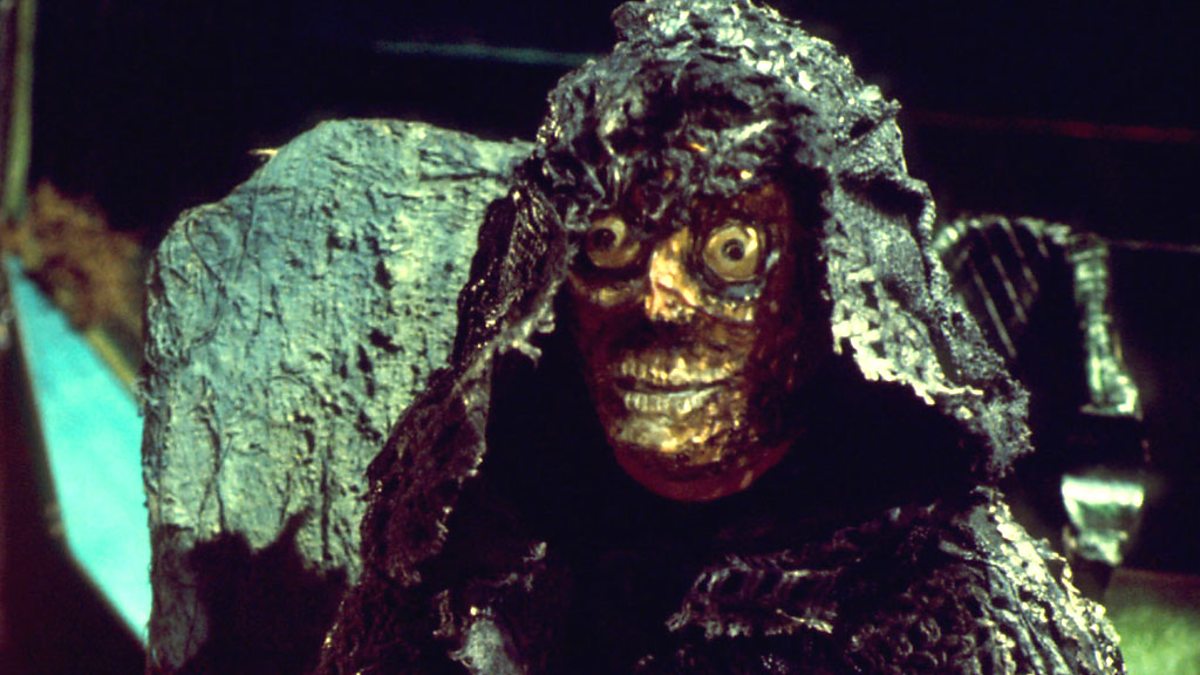 It is impossible to talk about The Deadly Assassin without getting into the weeds of Doctor Who continuity, a sentence that is arguably the most depressing thing yet written in this project. Phil Sandifer manages to belch forth nearly 13,000 words of typically fanciful speculation (although at least this time he manages to avoid anything quite so masturbatorily pat as “the Doctor is from the Land of Fiction,” a critical conclusion so sickeningly self-congratulatory that it’s no wonder its author has disappeared off the face of the Internet and indeed the planet), but he’s hardly alone. Vast swaths of what Doctor Who gets up to when its worst instincts are indulged—waffle about the Eye of Harmony, Rassilon, Shabogans, and indeed Gallifreyan lore in general—all find their origin point here.

The degree to which this is a flimsy reed upon which to build a mythology is more than faintly staggering. It is not that, as (probably) Tat Wood suggests, this is a badly written mess. It’s just that what it actually is isn’t a self-conscious major epic that’s trying to set a huge swath of lore down but a daft bit of satire of British politics and the Kennedy ...

After All, You Have No Choice (The Pyramids of Mars) 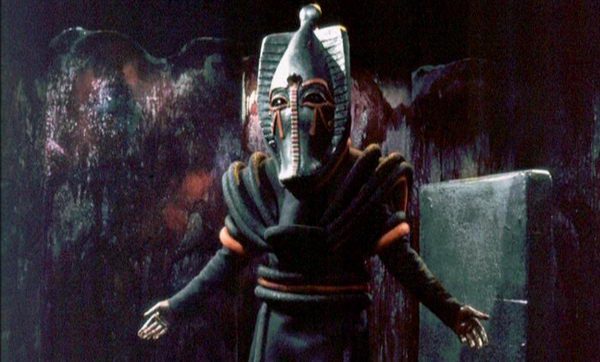 It’s October 25th, 1975. Between now and November 15th  one person will die in a school shooting in Ottawa, fourteen people will die in the Netherlands following an explosion at a petroleum facility, and twenty-nine people will die when the Edmund Fitzgerald sinks on Lake Superior,.Furthermore, Wilma McCann will become the first of Peter Sutcliffe’s victims, Pier Paolo Pasolini will be repeatedly run over by his own car on a beach in Ostia, and Lionel Trilling will die of stomach cancer. Meanwhile, the world will slide ever closer to the eschaton, and Pyramids of Mars airs. 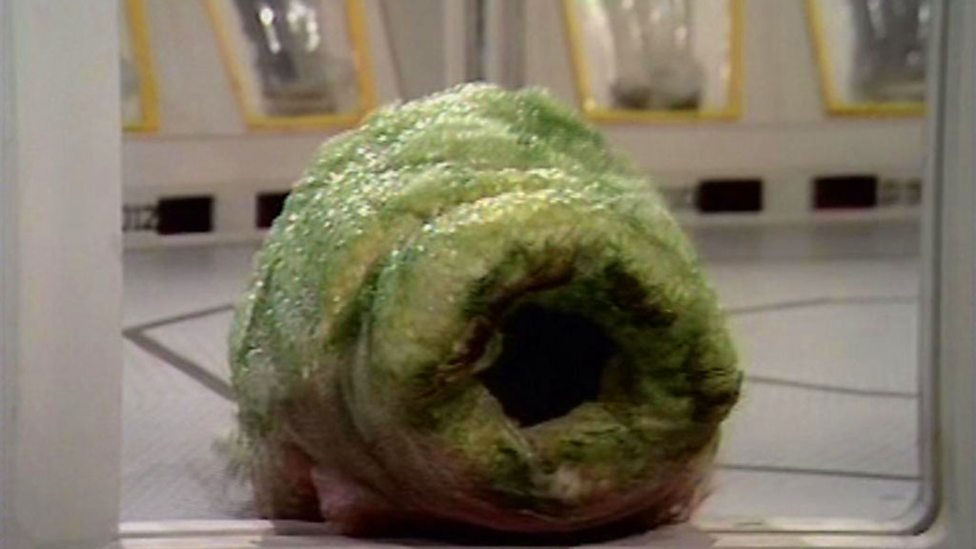 It’s January 25th, 1975. Between now and February 15th, Edward Wilson and Robert McCullough will both die in attacks in Belfast, Clyde Hay will be the final viction of the Skid Row Slasher, a hundred and three civilians will be slaughtered by Ethiopian troops in Woki Duba, and two thousand and forty one will die in an earthquake in China. In addition, CEO of United Brands (formerly United Fruit) Eli M. Black will commit suicide shortly before it emerges that he paid a large bribe to the President of Honduras, P.G. Wodehouse will die of a heart attack in a hospital in Long Island, and Richard Ratsimandrava, the recently installed President of Madagascar, will be assassinated, sparking a civil war. Also, the world will slide ever closer to the eschaton, and The Ark in Space will air.

The Ark in Space marks the first time since The Daleks that Doctor Who has done an outright post-apocalyptic story, and the first time in which this happens on Earth, instead of on a Planet of the Convenient Metaphor People. Instead Doctor Who has entered the phase where it begins to fantasize about the end of the world. This fantasy ...