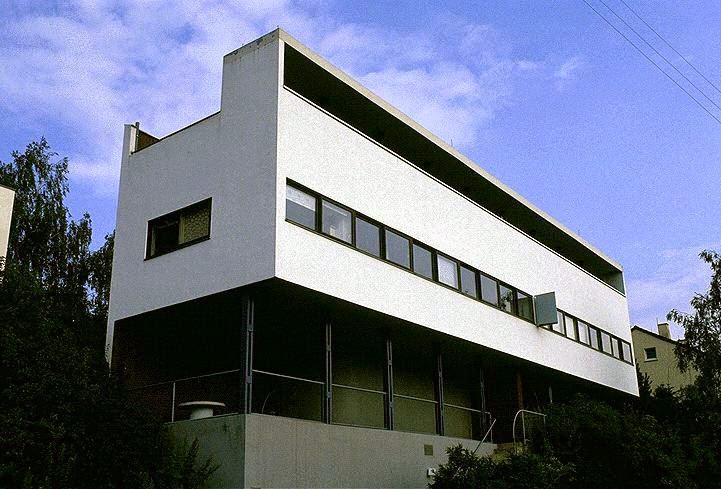 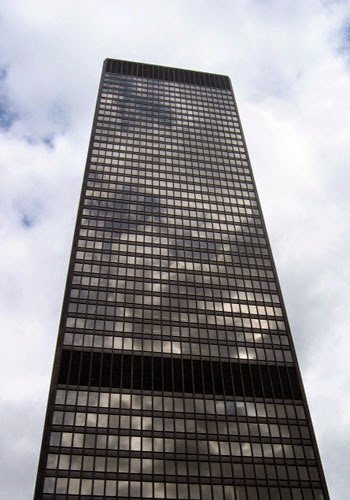 Whatever the admirable radicalism - and there is much admirable radicalism in Modernism - it culminated in a convergence with the Nazi fantasies of order and hygiene (even as the Modernists were hated and driven out by the Nazis) and, in the end, with the corporate capitalist fantasies of perfect and rational utility.  The skyscraper as a machine for doing business in.


In both iterations of the same anti-human and elitist reactionary fantasy, the individual becomes a cog, to be permitted as long as they play their role within the machine, as long as they do not disgrace the gleaming interior of the glass box.

It found its way into another iteration: C20th century elitist reformism, the provision of rational living units for the drones, the erection of housing estates and tower blocks.  Look at those 60s constructions - built along the same elitist/top-down/utopian lines as all Modernist architecture - and today they seem like ugly sinkholes (the vile word used to describe them), but at the time they were supposed to be clean, ordered, rational, humane and utopian. 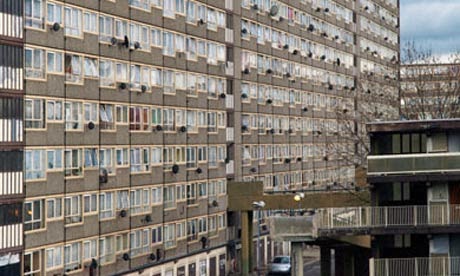 So, in 'Paradise Towers', the tower block becomes the once-hopeful/now-decaying symbol of entropic utopianism.  Social democracy, with its aesthetic roots in Modernism, falling apart in the neglect and ruin of the dawning neoliberal age.  Inside, of course, are trapped the archetypes (in parodic form) of Thatcher’s Britain.  Feral kids, Daily Mail readers, the Police.

And the roving, murdering cleaners are clearing up the “human garbage” to make way for the return of Kroagnon’s anti-human and authoritarian vision of cleanliness and order.  The dark side of the Modernist dream returns from the gothic basement of repression to take revenge on the last remnants of Modernism’s own light side.  The authoritarian variant tries to reconquer the self-defeated social-democratic variant.
And Kroagnon’s shocktroops the cleaners are clean, white constructions in straight lines.  They are miniature, mobile buildings in the International Style of high, early Modernism. 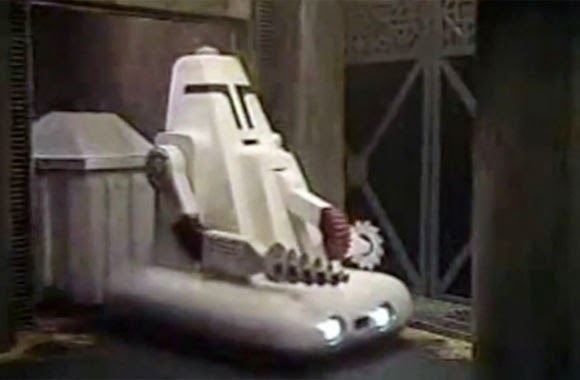 They are like Corbusier houses crossbred with Mies skyscrapers, come alive and on the attack.

Corbusier was friendly with a fascist sympathiser, Pierre Winter.  They both joined the right-wing Faisceau Party.

*
Also, 'Paradise Towers' - written, like so many of the stories of this era, according to a folk memory of the show from the 70s - sees the echo of the semiotic connection which developed in the show during the 70s between capitalism and tentacles.  'Paradise Towers' is recognisably a capitalist world in decline.  Thatcher’s Britain.  Post-industrial (a myth but a powerful one).  Social-democratic capitalism falling to wrack and ruin.  Rusting machines that still vend fizzy pop.  And there are the faintest echoes of tentacles.  Octopus creatures are mentioned at the start.  The original idea was apparently to have a tentacled monster in the basement which could extend its tentacles anywhere in the building via ducts and vents and (of course) waste disposal shutes.  The cleaners grab you by the neck and pull you along… obviously something originally envisaged as death by grasping tentacle.  Phil Sandifer reminded me about the conversation Andrew Cartmel recounts: "we went to see John and said, 'What about tentacles? They could come out through the ventilation grilles'. And he said 'Tentacles are difficult', spoken with the knowing manner of a man who's tried tentacles before."  (Which has to be, as Phil says, one of the great quotes of all time.)

If I die having never written a book that can be described as being "spoken with the knowing manner of a man who's tried tentacles before," I will have failed at life.