As we roll on towards the one week mark on the Neoreaction a Basilisk Kickstarter, it seemed a good time to give the Color Edition a preview in the vein of the previous Conspiracy Zine Edition preview. Indeed, the same three pages of the book as were previewed there, so you can get a sense for how the two editions differ. (Which is more than just "one has color" - the Conspiracy Zine is using multiple generation photocopies to give that authentically degraded look, whereas the Color Edition is trying to be as close to the original taped-together pages as possible - if you look closely the tape is visible on these scans.) There's also some new pledge tiers, including all existing Eruditorum Press books (Neoreaction a Basilisk included) for just $35, so if you've been on the fence, there's new reason to climb off it. Anyway, here's three pages. 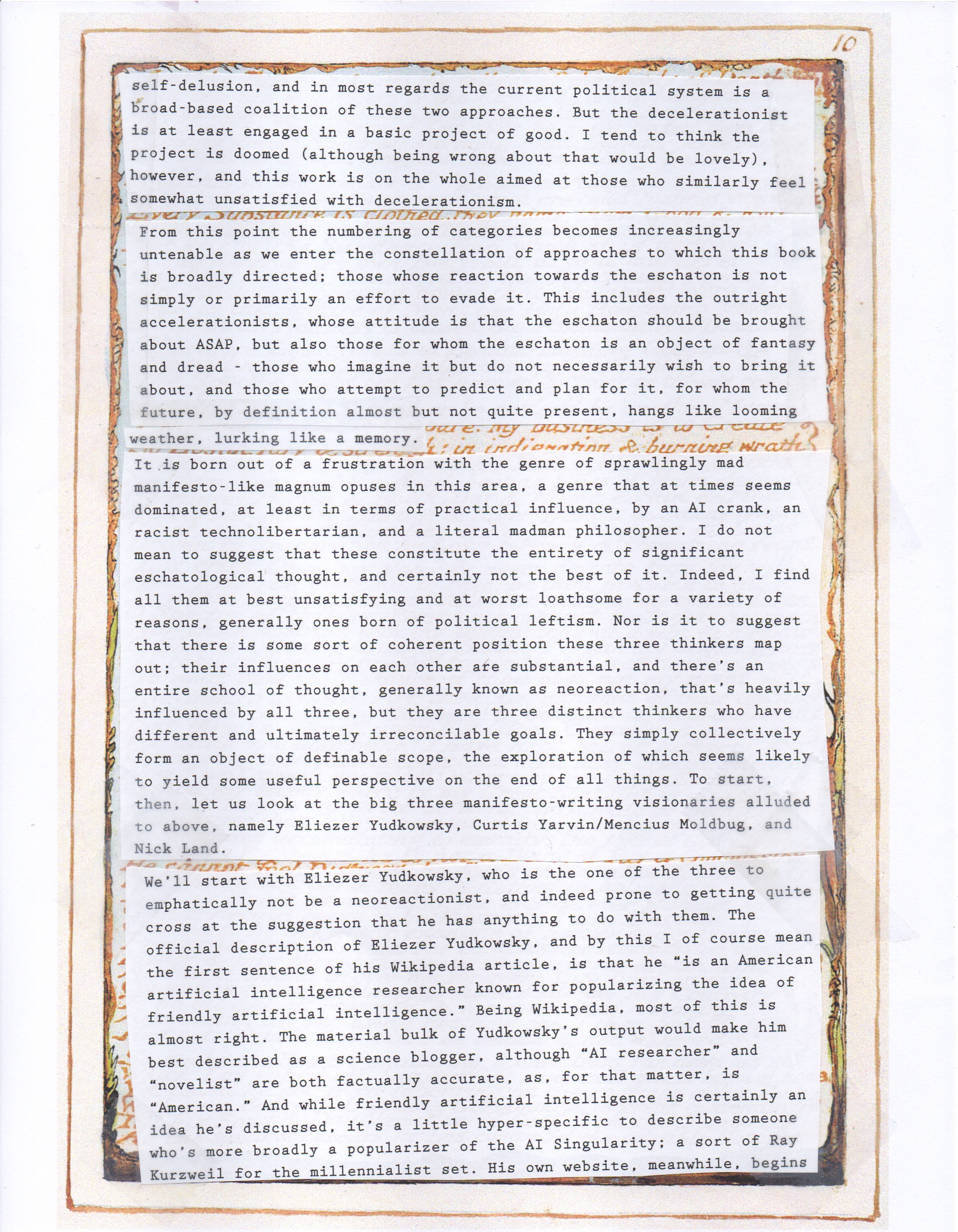 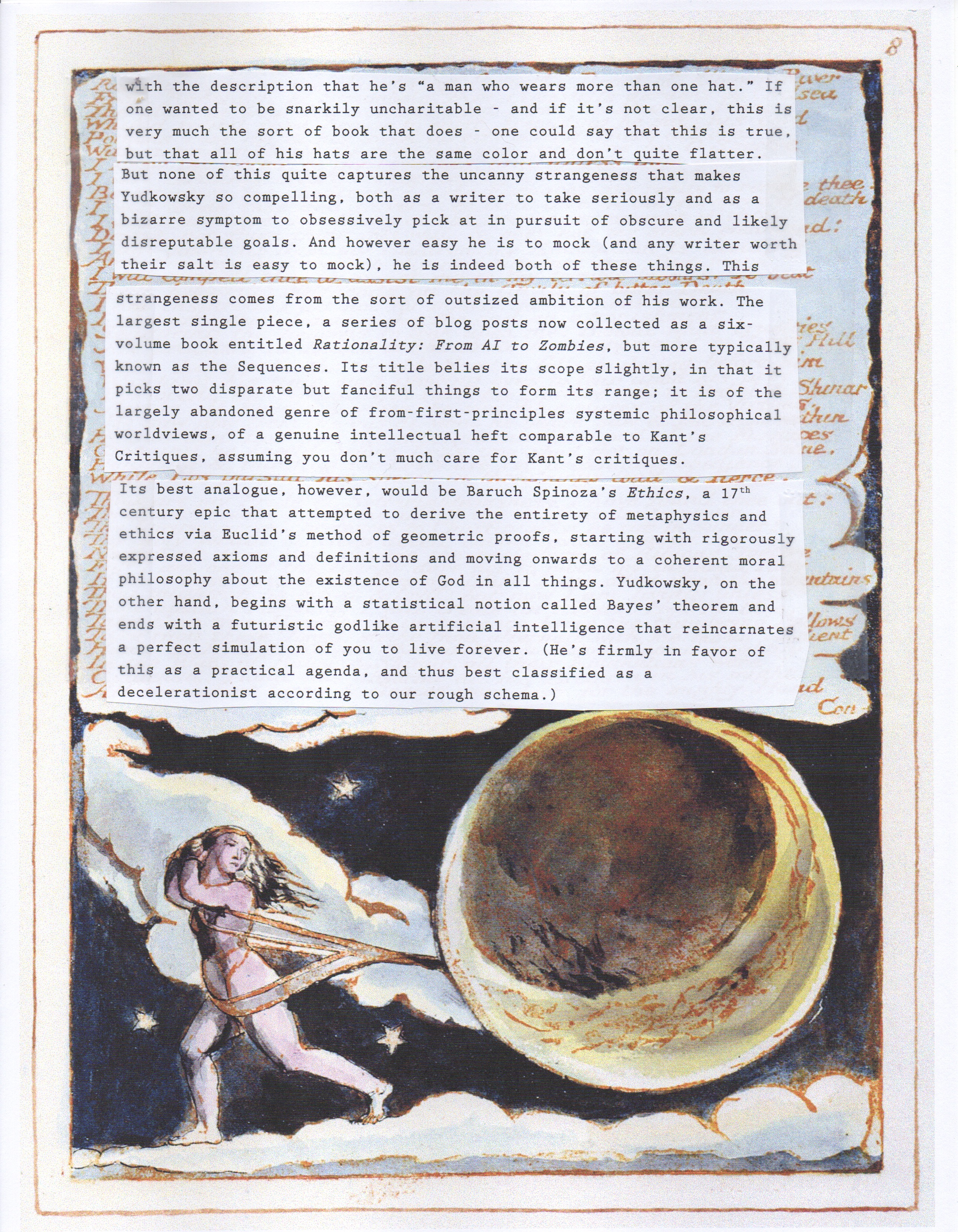