Outside the Government: Sky 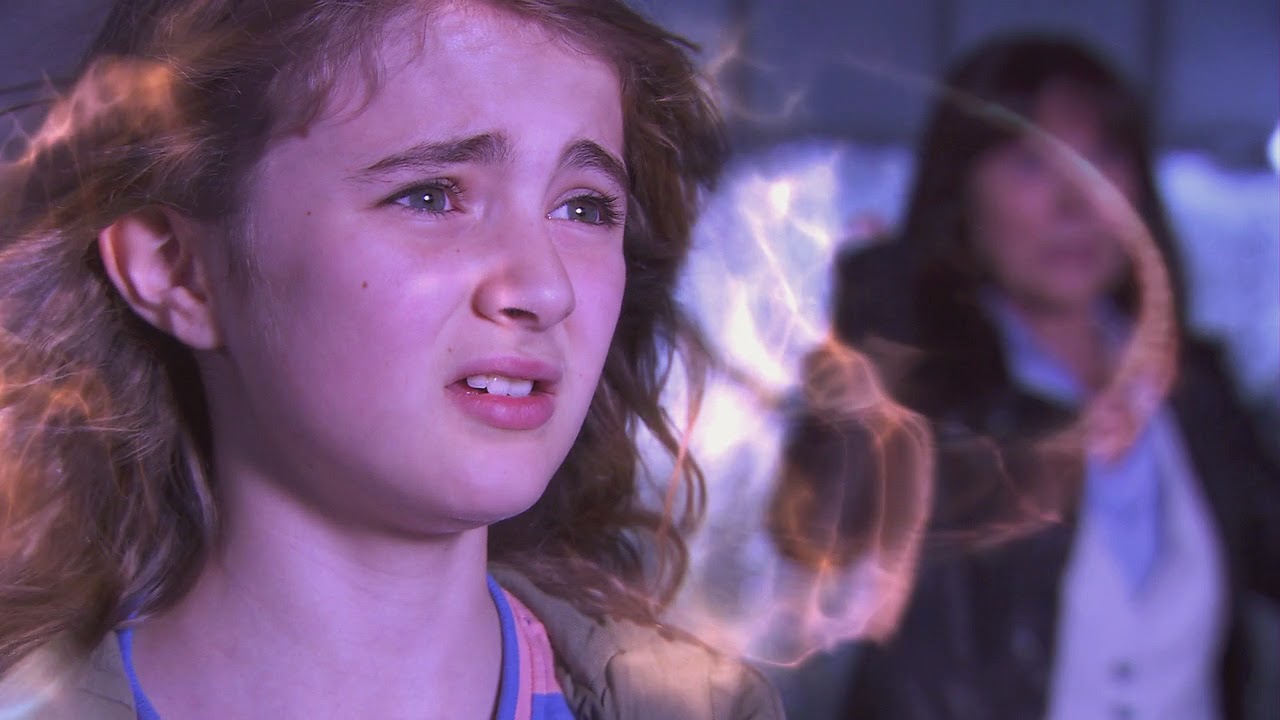 Perhaps it was a double meaning I missed, but I never even considered the line about "spots" a veiled reference to menstruation. I took it to be - and assume it was still intended - as a reference to acne, for which "spots" is a common slang term.

(Not ruling your reading entirely however. For all it tries to introduce a younger lead character, this series seems to skew to a slightly older audience than the others between the depiction of homelessness in The Curse of Clyde Langer and the penis joke in The Man Who Never Was. Sensible considering it's primary audience would now be slightly older.)

urbandictionary.com suggests that spots=acne is a British English feature. I wouldn't take that as gospel, but if true it would explain the different interpretation.

Having spots is definitely the British English for acne. Maybe American English would use 'zits' in this context?

That said, the double meaning definitely works and is a fun reading, but it certainly isn't the everyday UK meaning of teenagers getting spots.

Yes. What I meant was that spots=acne definitely works for me a native Britlish speaker. I meant that I don't know if spots *doesn't* mean acne in Amlish.

A wonderful post, Phil. I hope you've managed to get a copy of the Sarah Jane Adventures DWM Special in which Russell and co. laid out the plans for the entire series and what would've been. The Battle of Bannerman Road, the return of Ace, a very brief glimpse of the Seventh Doctor and Ace saying their farewells, potentially Tom Baker, the return of the Shopkeeper (all linking to Sky), etc.

Great post, which lead me directly to watch the start of the episode as I hadn't seen it before. And I have to say Sarah Jane's line, "I always think babies look a bit rubbery" is gloriously cheeky.

Yep. It does however put a new spin on all those acne remedy ads - especially that current one with the girl with the odd accent who sounds like she's saying "spaurhts"

This is something Philip seems to do semi-regularly -- not understand a British slang term and then, instead of looking it up, take a guess as to what it means.

It struck me as bizarre because "spots" doesn't mean anything to do with menstruation in American English either.

The only thing I can think of is that the teenage tendency to acne is partially a product of shifting hormonal cycles... but it's a real stretch to say that a reference to spots is therefore a reference to menstruation. It's more a deliberate avoidance of such a reference, substituting in a different, milder source of teen distress as a stand-in for a more probable reason being a twelve-year-old girl would suddenly become notably less pleasant.

There's something to be said about the fact that we've reached a point close enough to the present that I can not only remember where I was when I read that Elisabeth Sladen had died, but also remember what I was doing on the date this episode aired. Which makes an interesting bookend, because they both involved my aunt's house and vacations and the beginning and end of Series 6. There may have been six months in between, but for me I read about Lis Sladen on the laptop in the kitchen, and watched Wedding Of River Song in the bedroom down the hall.

Less "guess" in this case and more "only manage to see one possibility in an odd line, and thus not even realize I'm looking at a slang term in the first place."

My leap to menstruation having come from the description of light flow as "spotting."

Reworking the last paragraph, in any case.

Fair enough, although my confidence in my knowledge of British vernacular is low enough that I'd generally assume that an "odd line" is probably a result of me missing something that would make perfect sense to British people. It's apparently only an odd line to us - the British people all immediately understood the line to be about acne.

Lovely essay Phil, thanks. I remember when my partner and I heard about Elisabeth Sladen's death and just how utterly surprised we both were, as neither of us had noticed any signs.

And Lewis - yes that DWM special is pretty wonderful at outlining what the rest of the series could have been - a really good read and worth looking at.

I don't know where to post this but I just heard the most wonderful Eruditorum-related podcast - Toby Hadoke's 'Who's Round' number 68 with Rob Goodman who played a Mandrel in Nightmare of Eden. What makes it wonderful is his talking about psychogeography and his working relationship with Alan Moore. It's well worth a listen, especially as call-outs for this blog seem to be on the increase!

Acording to Paul O'Brien's chart posts on House to Astonish, "Iris" was performed in the X-Factor auditions. Which is sadly the most likely explanation for any chart oddities in the 2010s.

Did anyone else notice the parallels between Melody Pond and Sky? Both were children created to be weapons and 'deprogrammed' by love. Even the visual effect for Sky's aging was very similar to Melody's regeneration.

Also, according to the DWM issue about season five, they were originally going to have the Doctor drop Sky off with Sarah, but for scheduling reasons they had the Shopkeeper do it instead.

And it's kind of hilarious that Phil the Anglophile, with British parents, doesn't know English slang.

To be fair, I only know what "spots" are (after first being confused by the term) after looking it up after Daniel Craig said to Ben Whishaw's young Q, "You've still got spots!" in the James Bond film Skyfall.

lets take a look back and realize that for all the Doctor Who characters that we talk about still, Sarah Jane became the one, the ONLY one, to get a special, and then, 30 years later, her own series.

Thats huge. It is a true testament to her as an actress and to the stature of the Tom Baker/Sladen teaming under Hinchcliffe that she had a show. And the effect that pairing had on RTD. while I like sophie aldred, its hard for me to see the ACE show working quite as well.

My two daughters were gutted when i told them that lis sladen had died. Doctor Who fans, they were the right age for the sarah jane adventures when they came out.

hadn't thought about the Sky and Amy Pond parallels, but that is interesting. I actually think that the wedding of sarah jane is my favorite Doctor Who during the speicals year.

OK, i missed that special. can anyone direct me to which issue to hunt down on ebay please?

Hi there - the Special issue is: DWM Special: The Sarah Jane Companion - Vol.3 (August 2012). A guide to the production of the fifth and final series, including outlines of the unmade stories, contributions from Russell T Davies, and a previously unpublished interview with Elisabeth Sladen.

ah! thanks Daru, i will go look for it.

No probs it is a great issue and I found it a superb epilogue to the Sarah Jane Adventures story.

Try again without hiding behind a single purpose name and fake e-mail address.