Outside the Government: Sleeper 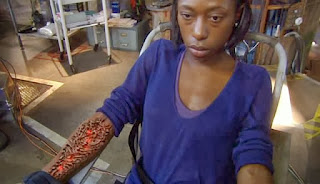 My iPad ate most of my comment. I'll re-write when I get to work.

This story does the thing that most of season 2 of Torchwood did: Sound really good.
"A renegade from Jack's past shows up to cause trouble", "Sleeper agents have missile controls and may know more about the hub"
"A man from 1918 needs to bridge two time periods"
"A memory changer infiltrates Torchwood!"

But there is never any payoff. It never lives up to it's potential. Either the normal people in the margins of a Pertwee-style invasion OR a straightforward Invasion story would have worked better than what we got. The reason I come down so hard on Torchwood these days is likely the fact that I spent the entirety of Series 2 being excited by the stinger, let down by the episode, and then excited again. It was brutal. And I was consuming it from across the pond via the internet.

I've rewatched all of Torchwood a couple of times since it originally aired between 2006 and 2011, but until you wrote this post, I completely forgot about this episode's existence. I'm currently wading through my memory in an attempt piece it back together, yet it seems reluctant to resurface. It's a bit like trying to recall an incredibly drunk night out, I know stuff happened and I know I was a witness to that said stuff, but I have no visual memory to fall back on. I can't even remember the burglary sequence which you referred to. I can just about recall the woman letting go of her pram, so that's a start I guess.

The more that I think about it, I struggle to remember quite a bit from the second series of Torchwood. The only ones I clearly seem to recall is Kiss Kiss Bang Bang (mainly down to Marsters playing tonsil tennis with Barrowman), Meat (giant whale alien in a disturbing amount of pain), Adam (I spent the entire episode trying to figure out whether the villain was played by James McAvoy; the answer being a definite no) and Exit Wounds (for the obvious reasons).

As you say, series one had a wobbly promise of potential which made it more memorable in its own quirky little way, yet here, that potential seems to have packed its bags and scampered off.

I guess the core issue behind this all boils down to the problem you've already flagged up. The BBC Two slot pushed the show down a more conservative path; removing some of the more outlandish characteristics which the previous series had a bash at (though I could have personally done without the Sex Alien, but there's certainly been worse things on the tube before). The previous year was flawed, but was more memorable as a result of its tendency give some more edgy concepts a chance to perform under the spotlight.

Having said that, I still enjoyed parts of series two, plus there were some reasonably decent moments contained among its thirteen episode run.

Plus at least we then finally get treated to Children of Earth a year later, which I thought was a wonderful way to turn things around.

Anyhow, I'm off to watch Sleeper again, seeing as my memory is still letting me down with that one.

My recollection is that I quite ... well, I'm not sure about "liked" but found this intriguing.

Yes ordinary-people-as-monsters has been done since the X-Files. What I *don't* recall being done on the X-Files is ordinary-person-who-doesn't-want-to-be-a-monster-but-is-treated-as-one-by-our-ostensible-heroes. If the MOTW is sympathetic, Mulder and Scully are on their side once they realise what's going on. If not, well, we get Humans Are The Real Monsters. But what we get in Sleeper, as I recall, is a situation where the MOTW is shown as sympathetic to the audience, while Jack insists on treating her like a marauding Weevil, just because she's alien.

And X-Files wasn't made in what I suppose I have to call the post-9/11 world. The metaphor for Beth is surely The Middle Eastern Person Who's Probably A Terrorist. And the bit where she wakes up the rest of the aliens is when TMEPWPAT actually *does* get radicalised as a reaction to their treatment by the Western security forces.

So it's not so much that "Beth is shown to be irreparably damaged and to need to be put down" as that Torchwood forces Beth into a situation where they feel they have to kill her. Because Torchwood isn't actually a terribly nice organisation.

(I'm also not sure about the claim that you can't have sex aliens on respectable, buttoned-up BBC Two. IIRC, the first episode of the BBC Two alleged comedy Hyperdrive was about an alien race that communicated by putting their genitals in people's faces.)

Okay, I give up; what's the overacted line from "Five Doctors"?

Not the mind probe!

I had a feeling it was that one. Poor Paul Jerricho; he gets one bad direction from Peter Moffatt, and suddenly he's the butt of jokes the world over...

Everybody assumes that Series 2's move to BBC2 was the reason for perceived changes, but does anyone actually have evidence that this was the case? Isn't it possible that the series was commissioned, written, filmed and mostly finished before it was decided what channel to put it on?

I don't exactly know how these things work, but it could be that once the series was in the can, the Beeb could have said to RTD "Series 1's repeats did good on 2, let's stick it there to begin with..."

The reason for the change in the tone of the second series could simply be down to audience feedback, and RTD's decision to tighten some aspects up, and tone others down. Not saying that is the case, but do TV networks really decide what channel they're going to air something on and then commission it based on that?

Series 3 hits a nail on the head, but it's definitely not aiming for the same nail. It's not even on the same building site.