Outside the Government: Something Borrowed 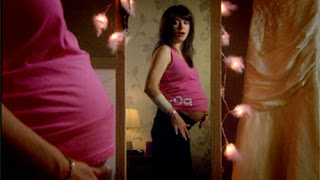 Slighhtly off-topic, but: would / could you put up a list of what your going to cover and the order (and possibly dates) that you'll do it in?
(Like you used to do with the NAs and 8th Doctor entries.)
Thanks...

Am I the only one who thought we'd be getting a Torchwood episode without Gwen after this? Because she was going on her honeymoon at all.

Nope, I thought the same for the same reason. Which is odd, because my wife and I (who had been together for more than a decade before we got married) had our "honeymoon" after a couple of months, for reasons of practicality. But you expect certain things in drama.

I had actually forgotten about this episode, but you're right, it's a treat. The next one I remember being rather blah, and notable mostly for bringing Julian Bleach into the Doctor Who fold, but perhaps it's time for a reassessment.

My roommate and I are working our way through Torchwood S1 right now. He's never seen it (and is something of a Who newbie as well) so it's fun and refreshing to follow along in the wake of your not-reviews by re-watching these episodes after not having seen them in a few years, with someone who's coming at it totally fresh.

But "Miracle Day" only "not-quite-as-good" as "Children of Earth"? That's going to take some major redemptive readings, Dr. S. Look forward to it!

"And that’s the crux of the problem with most stories that aren’t Something Borrowed this season; they’re not stories that are being told within Torchwood. They’re stories constructed to satisfy the need for Torchwood stories."

This is one of the most insightful things you've written, and I can immediately see that it applies to any TV show or movie. Take Star Trek. I can see this in both "City On The Edge of Forever" and "Wrath of Khan" - where you can pick the story up and put it into another show and it doesn't collapse through lack of narrative and continuity support.

Just looking at previous Torchwoods..."Adam" - no. "Everything Changes" - yes. "The First Day" - no.

This is fun. I'm tempted to go back through Classic (and modern) Who and see which stories get a tick there, just for the hell of it.

"Dalek" gets a yes...which probably explains why the story would have still worked with the Toclafane if the Nation Estate hadn't played ball.

I'm watching "Miracle Day" for the first time, courtesy BBC America. I kept hearing how terrible it was, but honestly, I've found it considerably more compelling than the first two seasons of "Torchwood." Yes, it should've been five episodes like "Children of Earth" instead of stretched to ten, but the main plot is gripping and the thought put into the ramifications of the Miracle has kept me interested.

"Dalek gets a yes" - there's a complex interplay of cause and effect and multiple re-writes in play here. It's final form gets a yes because it was re-written to use the Toclafane (aka the Absence of the Daleks) and then back again. It would be interesting to see an earlier draft and see if that's "yes" or "no".

Miracle Day's got a lot of individual bits I really like. But for me they feel scattered about on the floor, not properly fused together into any working whole -- like Jilly Kitzinger and Ellis Monroe, whose storylines are introduced with a bang and then go nowhere.

And there's a lot I disliked too. Jack's character seemed inconsistent; I never warmed to Rex; and I found Esther unbearably boring. (As apparently did Jack; uncharacteristically, he never hits on her.) And then there's the "fixed point" continuity glitch, which, yes, can be handwaved around, but not convincingly.

I think part of Miracle's Day's wretchedness was in the timing - in the moment, as a fan who had been waiting since Children of Earth for the return of Torchwood Victorious to get... "That Time Everyone In America Fell In Love With A Convicted Child Rapist And Murderer Oh And No One's Dying So Fascism..." UGH.

Also, "All this weird and spiritual stuff about the nature of life and death and ontological mystery? Yeah, turns out it's just fascists" is a rip-off of the plot of Cube Zero.

In 10 episodes of Miracle Day, there were about 2, tops, that were good. The miniseries gets America wrong (see: the dumb throwaway line about the tea party), it gets society in general wrong (see: the entire Oswald Danes storyline), and it doesn't manage to say much that's interesting about its own Big Idea. And while I've wiped most of my memories of the plot details, I seem to recall that characters regularly did things that made no sense. It is "not quite as good" as Children of Earth in the same sense that Time and the Rani is "not quite as good" as City of Death.

What made the Gwen/Rhys centric episodes work, IMO, was the fact that their relationship was the only vector by which the mundane world could intrude into the weirdness of Torchwood instead of the other way around. Something Borrowed was a "capture the alien" story that gets invaded by a stock soap opera narrative about a couple trying to have a wedding in spite of wacky complications (one of which is the suddenly arising implication that the bride is pregnant and that it's a shotgun wedding). Similarly, Meat is another story about aliens that gets invaded by a family drama plot about a husband who gets jealous of how much time his wife spends with her (male) co-workers and so he inserts himself into their social group.

I've said before that TW could have been vastly improved by giving all the cast members (well, except Jack) families of their own both to broaden their characterizations and to give a real world grounding to the weirdness.

Owen has two parents who are angry that he gave up a promising medical career for whatever the heck Torchwood does. They're also deeply concerned about how self-destructive he's been since his fiance died.

Tosh lives with her mother, a disapproving elderly Japanese woman grappling with the onset of dementia.

Llanto has a conservative, blue collar family put off by his high dollar suits and later even more so by the revelation of his bisexuality (or more accurately, his "straight except for Jack" sexuality).

But no, they wait until the penultimate episode of S2 to give us any character backgrounds on most of the cast and imply deep and complicated motivations just in time for half of them to die in the finale.