Sensor Scan: Nausicaä of the Valley of the Wind 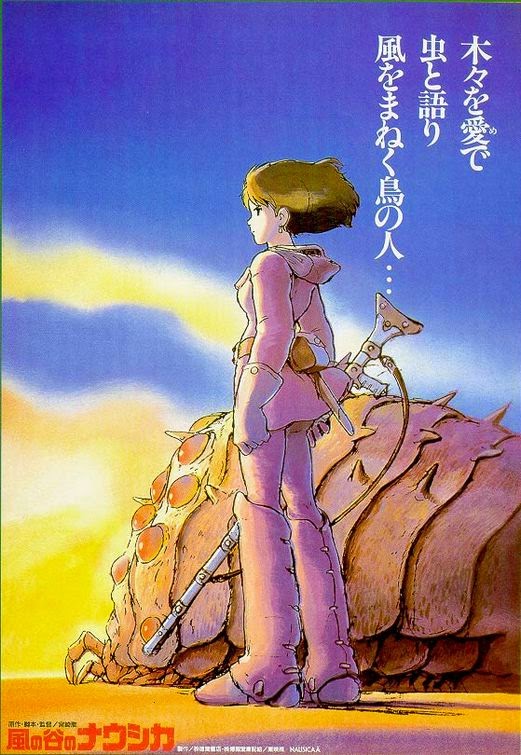 I don't have too much to add, mostly because it's been almost fifteen years since I've watched this movie (an oversight I really need to fix). Just wanted to chime in and say I found this post lovely. :)

Thank you-That's very sweet to hear. Especially because I spent this past week thinking this was probably one of the worst things I've written yet.

I hope you get the chance to see the film again soon :-)

This blog never stops informing me about pop culture I previously knew nothing about. Thank you.

And I've got many friends who are huge anime fans (though the current crop of stuff), so I'm sure I'll be checking this out sometime :)

It's my pleasure-I'm happy I can bring some more attention to works like this.

I hope you get the opportunity to check it out!

I've just had a thought. If you feel that way about Nausicaa, and you haven't seen Xam'd: Lost Memories, then you should definitely give it a try. For its combination of first, taking large amounts of obvious inspiration from Nausicaa, and second, being one of the two... most spiritually intense things I've ever seen. So it's probably taking inspiration from the parts you're quite interested in.

Actually, come to think of it, the other spiritually intense thing, Simoun, is also living in quite a similar space, thinking particularly of a very important scene in which their version of the Ministry of Defence comes and asks the sort-of-lesbian (their gender is non-simple) couple to demonstrate their most powerful rii-maajon, (patterns that can be traced in the sky, many of which have destructive properties which have caused priestesses to be used as elite weapons of war), and they choose one which isn't destructive at all but has powerful ceremonial value. Shows the kind of influence that Nausicaa has had, I guess.

Thanks for the recommendations-Maybe I'll take a look at them one of these days when I get the chance!

Beautiful writing Josh. Do not worry about feeling that you have just gushed and said nothing. I feel very moved by reading this essay, and really enjoyed the intercutting of the nature around your house which evoked for me the feeling of the Valley of the Wind. You have really touched me though your complete and honest sharing of the impact of the story on you.

I picked up one volume years ago of the manga version and was so inspired by the artwork and storytelling. The film is right up there. Even above Alien & Eraserhead - in the end I feel more opened up and inspired by hope and beauty.

Thank you. This was something I needed to hear.

You have no idea how much of an endeavour this post was to write. It took me longer than pretty much anything else I've ever done for this site, it was at least the most work. And even then I considered this possibly my first total write-off.

To hear that I was able to convey even an ounce of how important Nausicaä is to me means I must have in some sense succeeded after all.

Sometimes the works that have the most meaning for us feel like the hardest thing to bring into the world. I tell you in all seriousness, this works so don't worry.

One thing one of my mentors told me in relation to performing stories, was never to apologise for a piece. Let the audience feel it and experience it. And one thing I really get that it bringing me back essay after essay, is that you are not only writing your views on Trek and its associated works, but that you are writing your story here also, and that's really valuable - so thanks again.