It’s May 27th, 2017. Luis Fonsi, Daddy Yankee, and Justin Bieber remain at number one with “Despacito,” while Liam Payne, Charlie Puth, Harry Styles, and DJ Khaled also chart. Narrowly missing the top ten is Ariana Grande’s “One Last Time,” which re-enters the charts more than two years after its last appearance. This provides us a grim transition to the news, where a terrorist attack at the Manchester Arena kills twenty-two people during one of her concerts. Ringling Bros. and Barnum & Bailey stage their final circus show, while on the day of this story six out of seven leaders at the G7 summit reaffirm their commitment to the Paris climate accord. No points for guessing who the odd man out is.

Meanwhile, on television, we have The Pyramid at the End of the World. The Pyramid at the End of the Worldmay or may not have the messiest gestation of any Moffat era story. Certainly it has the messiest one to play out in public. Announcement of Harness’s involvement was left extremely late, and when it came he was laden with the season’s only cowriting credit. The story of ...

On television, meanwhile, Extremis. Let’s set aside, for a moment, the monks arc as a whole; there’s time enough to talk about what could have been, what was, and how that happened. Contrary to the greatest moment of Jack’s podcasting career, Extremis is too interesting for that. That said, the monk arc hangs over it in that there is no way to ...

This Isn't a Cause; You're Not an Activist (Oxygen)

It’s May 13th, 2017. Luis Fonsi is at number one with the Despacito remix. DJ Khaled, Ed Sheeran, French Montana, and Shawn Mendes also chart. In news, the WannaCry ransomware attack goes off, affecting hundreds of thousands of computers in a hundred and fifty countries, with major effects on the NHS. And Donald Trump fires FBI director James Comey on the pretext of an objection to his handling of the investigation of Hillary Clinton’s e-mails, but in reality, as Trump admits the next day in a meeting with Russian officials in which he also shares classified intelligence obtained from Israel, in an attempt to derail investigations into his campaign’s involvement in Russian attempts to influence his election.

On television, meanwhile, Oxygen. It is traditional, especially towards the end of an era, for me to take a good story that I enjoy and write an entry that is generally quite down on it. Even when writing the review of Oxygen, it was obvious that this would be the Capaldi story I did it to. The point of that exercise, after all, is ...

It’s May 6th, 2017. DJ Khaled is at number one with “I’m the One,” backed by Justin Bieber, Quavo, Chance the Rapper, and Lil Wayne. Ed Sheeran, Drake, and Shawn Mendes also chart, as do Luis Fonsi and Daddy Yankee, who see their Spanish-language “Despacito” jump from 22nd to 4th on the back of another Justin Bieber guest appearance. In news, it is announced that Prince Philip will be stepping down from his public engagements in the fall, and local elections see the Tories make heavy gains. Impressively, nothing really happens in the US. Don’t worry. We’ll make up for it next week.

On television, meanwhile, we have Knock Knock. If Thin Ice represents the optimistic long-term future of Doctor Who—the bit of 2017 that most resembles what one might hope for from 2027, then Knock Knock is the bit of 2017 that most accurately prefigures 2018. And the fact that this entry spent the better part of a week consisting of that previous sentence and nothing more speaks volumes as to what that’s going to be like for me. Knock Knock is a true oddity within the Moffat era in that it ...

On television, meanwhile, Thin Ice As we’ve discussed, one of the major features of the Capaldi era, especially compared to the Smith era, is Moffat’s development of a stable of writers who can fill out a large portion of every season with solid, compelling results. The core of this are Jamie Mathieson, Peter Harness, and Sarah Dollard, who among them contribute at least three of the non-Moffat scripts in each of Capaldi’s seasons, and thus ensuring a minimum of seven episodes every season that were good or better. Add in Gatiss’s late career bloom and the reason the Capaldi era is such a golden age becomes clear even before you start thinking about Moffat’s own late style renaissance.

A Picture? I've Seen That Somewhere Before (Smile)

This post, to put it mildly, is not compatible with all devices. It should work fine on up to date Apple devices, and work adequately on most others. If it's not working for you, an imperfect workaround is available here. And while we're linking the Patreon, just $16 to go until my final fundraiser goal.

📅 April 22nd, 2017. 🎵🔝 Ed Sheeran’s “🔺 of You,” while ⤵️ in the charts are Julia Michaels, Kendrick Lamar, Clean Bandit, and Harry Styles. 🗞 Theresa May calls a snap 🗳 to try to secure a clear parliamentary majority for Brexit, which is going to go a bit 😬 for her, but that’s another entry. Mike Pence visits 🇰🇷 and goes to the border with 🇰🇵 and glare at it in a 🤔 attempt at ⚛️🚀 disarmament. And Bill O’Reilly is fired from 🦊 News due to his persistent tendency to engage in 🍆 assault.

📺, 😁. Frank Cottrel Boyce’s previous effort, In the 🌳🌳 of the 🌃 (or 🐅 for short), was a curiously mixed affair, combining 😍 ambition with deeply 🥴 execution. With 😁, however, he dials both back, going for a classic 🛸 setup instead of the quasi-🧙🏻‍♂️ approach of 🐅 and then playing it more or less straight. 😁 has essentially 2️⃣ purposes: giving 👩🏾‍🦱 her ...

Before Your Ancestors Had Turned the First Wheel (The Pilot)

Just a quick update on our Patreon fundraiser, we're just $28 a week from our final "help El actually be able to build savings instead of constantly bleeding out her Kickstarter money" goal of $700 a week. Thank you all so much for making this possible. I'm unbelievably excited to be going back to being a full-time writer. That said, this final threshold is important, so of you can help put us over this final line, please stop by the Patreon. Your support is extremely welcome. (Also, I've got Game of Thrones reviews for $2 patrons...)

It’s April 15th, 2017. Harry Styles is at number one with “Sign of the Times.” Lower in the charts, the remnants of the Sheeraning continue, along with Clean Bandit, Drake, and Martin Jensen. Since Sherlock, meanwhile… well, let’s start with UK news. It’s simpler. The UK triggered Article 50 and began the actual Brexit process, starting what was at the time a two year clock to departing the European Union. The new pound coin was released. And that’s basically it for major news. In the US, meanwhile… ... 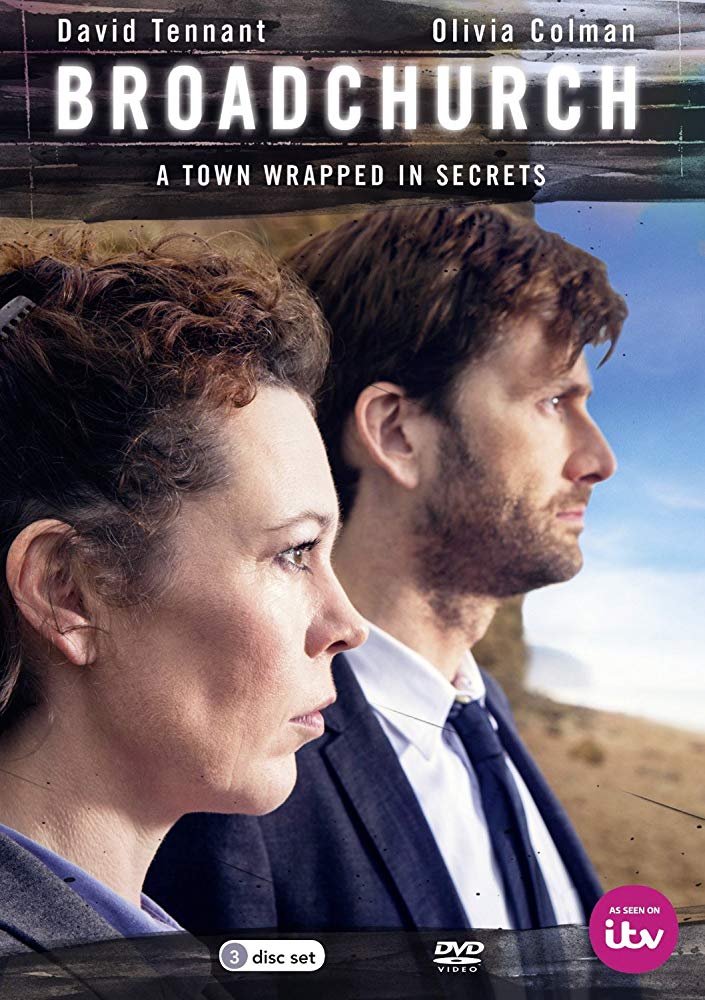