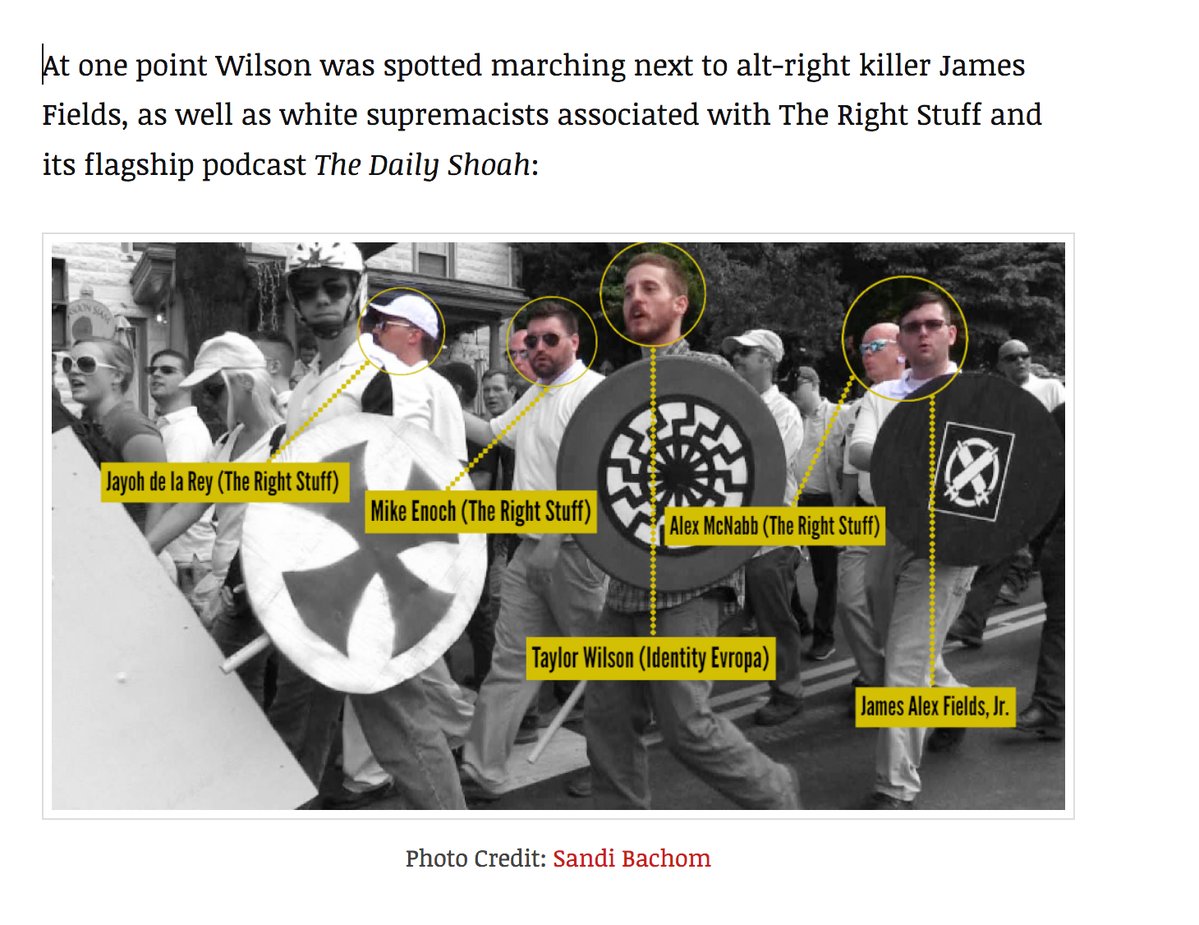 This week we delve into the dark pit of deeply pathetic depravity that is Mike Enoch of The Right Stuff and his 'Daily Shoah' podcast.  Big deals within the 'alt-right'.

This episode comes with strong content warnings.  We relay racial slurs and "unironic exterminationism".  Daniel has been less sparing than usual and Jack has decided not to bleep anything.

From last week - NSM taken over by James Stern

The Pool Party is Closed - Timeline of Alt-Right Meltdown

In this episode, Daniel tells me all about the present-day American Nazis, in the forms of the Traditionalist Workers Party (TWP), the National Socialist Movement (NSM), and related people and organisations, especially the Nationalist Front.  We pay special attention to the best known representative of this nauseating subculture, Matthew Heimbach, and touch on the internal debacle which became known as 'The Night of the Wrong Wives'.

Article about Tony Hovater "A Voice of Hate in America's Heartland." Hunter Wallace on "the Hard Right."

The myth of the black Confederate soldier - here, here, and here

The second part of our discussion about the 'Crying Nazi'

Cantwell trying to get into selling cryptocurrency?

I Don't Speak German, Episode 4 - Unite the Right, the Aftermath

In this episode, Daniel tells me about the aftermath of the disastrous Unite the Right rally in Charlottesville 2017 (which we talked about last time).  We also get a tad more theoretical about some of the reasons for some of the behaviour of the so-called 'alt-right', and chat about some related issues such as the recent controversy concerning the Covington MAGA kids.

Jason Kessler disrupted by his father.

Jason Wilson at the Guardian on Covington Catholic Kids

In this episode, which runs a bit longer than the first two, and which goes to some very dark places, Daniel tells me all about the infamous Unite the Right rally in Charlottesville, 2017.

The episode features discussions of violence, and we try to signpost when we're getting into the painful details.  But warnings definitely apply from the start.  We're discussing virulent racism and bigotry.

Of necessity, we're only glancing at this incredibly big and complex subject, so we're going to be coming back to many of the issues, organisations, and persons mentioned.

And here are some notes, sources, and references.

Nearly forgot I now have wednesdays to post whatever subsidiary stuff I have.

In our second episode, Daniel tells me all about former KKK Grand Wizard, "king of the angry Facebook grampas", and man who wrote an autobiography it took 42 hours for him to record himself reading, 'Dr' David Duke.

As ever, we're discussing fascism, racism and bigotry generally, so warnings apply.