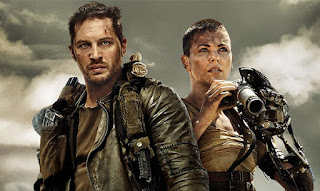 
So, Sansa and Ramsey.

Well, it was totally necessary because it shows rape is bad, which we didn’t already know…

Well, some people don’t understand how bad rape is, and this’ll make them see that they were wrong…

Well, it was necessary for the plot.

Er… no.  And even if it had been, plots are things people make, not things that grow by themselves.

But it was in the book, wasn’t it?

Um… no, it wasn’t.  In fact they had to rewrite the storyline from the books quite extensively to make it possible.  And even if it had been in the book, that wouldn't bind them to include it.

But at least it was germaine to the text, like the rape scene in, say, The Accused…

Umm… except that this is a show about dragons and magic in a fairytale kingdom.


Apparently, they've found out who Jack the Ripper was.  Maybe.  At least, so says the Daily Mail, and a bloke who's written a book about the case, and who owns a business selling 'Ripper' tours.  So, reliable and unbiased sources.

Turns out, Jack the Ripper was... some guy.

Who'd have thunk it?

So, will this put a stop to the lucrative Ripper industry?  The books, movies, walks, etc?

No, of course not.  Like all previous unmaskings, it'll just fuel the fire, even if this unmasking turns out to rest on marginally better evidence that some hack's ability to create anagrams, or an evidently untrue story told by a publicity hound, or the baseless hunch of a crime writer, or an obviously forged diary, or the manufactured bad reputation of a dead one-time heir to the throne.

Because, contrary to what everyone ever has always said about Jack the Ripper, interest in the case doesn't stem from the fact that the murderer was never caught.  It stems from the appeal of the degradation, humiliation, punishment and silencing of women... and from the way revelling in this (with whatever ...

Many people have already commented on the expansion of Clara's character in 'Deep Breath'.  I think there's something to this... in that Clara now appears to have a character, now that she's been freed from her tedious and contentless mystery-arc.  Those impatient with the right-on critique of Moffat will respond with all sorts of examples of brave, complex things she did in Series 7, and some of those examples will be right, but still... she really did look like a characterless blur across the screen, a sort of jumble of traits, a Rubik's Cube with a face drawn on it.  There's no denying, she looked better in 'Deep Breath'.  It's possible that, as with so much else that seems better about 'Deep Breath', I may just be perceiving an improvement because the episode is largely free from the dominating and infuriating presence of a certain actor who will not be missed at all by me.  But then, such things do make a difference.  One performance in an 'actually existing' production of a written text can change the meaning.

Clara's monologue rebuke to Vastra is part of her ...