It’s June 7th, 2008. Rihanna is at number one with “Take a Bow,” having taken the slot the previous week. The Ting Tings, Coldplay, Usher, Madonna, and Justin Timberlake also chart. In news, Manchester United triumph in the first ever all-English European Cup final, defeating Chelsea on penalties. Construction begins in London on the Olympic Stadium, and Barack Obama finally puts the long fight for the Democratic Party’s presidential nomination to rest when he defeats Hillary Clinton to, by that point, absolutely nobody’s surprise.
On television, meanwhile, the Doctor is in a library, shouting at shadows. Seething, he tells them to look him up. They do so, and begin to read.
Like anything, it emerged from a number of influences, and its history can in one sense be traced back indefinitely. It does not have a clear and definitive moment of creation - a pristine and bespoke origin story. It is, however, generally agreed to have a creator: Sydney Newman. Newman was a Canadian television producer who caught the eye of Associated British Corporation, a weekend ITV franchise in the North and Midlands of England. Moving there in 1958, he quickly made ...

You Were Expecting Someone Else Final: The Girl Who Loved Doctor Who

There are several regards in which the IDW run of Doctor Who comics is an oddity. First and foremost, it is the only substantive body of Doctor Who material to receive no distribution in the UK. Panini, the Italian sticker company that bought Marvel UK’s operations in the mid-90s and, with it, Doctor Who Magazine, had the UK license for Doctor Who comics, and was disinclined to let an American upstart in. And so IDW ended up creating Doctor Who comics almost entirely for the American market.
Unrelatedly, IDW also ended up creating what was mostly a line of fairly crappy comics. They opened with a Tenth Doctor/Martha miniseries by longtime vanguard of mediocrity Gary Russell, continued with the damp and misguided squib of The Forgotten, and stopped off at their one UK-distributed series, and eventually did their Doctor Who/Star Trek crossover (distributed in the UK because they put Star Trek first in the title, meaning it was technically a Star Trek comic and thus not precluded by Panini’s license), skewered masterfully by Josh Marsfelder here, stopping off with various other mostly uninteresting comics along the way.
Of course, as we’ve seen over the years ...

Outside the Government Final: The Five(ish) Doctors Reboot 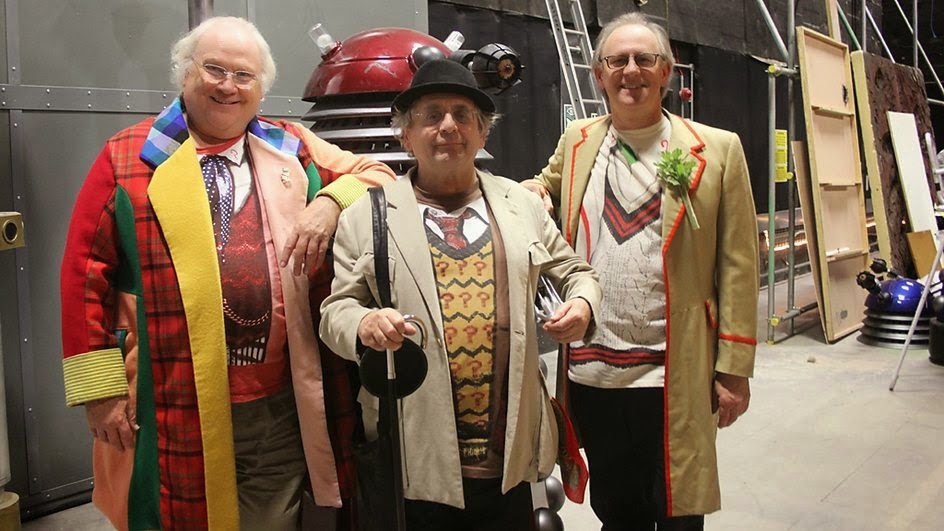 Given that The Day of the Doctor was massively successful and immediately catapulted to the top of the “best Doctor Who stories ever” list, it is perhaps no small thing that it was not actually the most beloved piece of the fiftieth anniversary. That honor, of course, goes to the spectacle of Steven Moffat visibly wishing he was sitting in the chair from Terror of the Autons during the botched satellite link-up with One Direction during the BBC Three “afterparty.” But second to the single most sublime moment of television that Steven Moffat has ever provided the world was Peter Davison’s The Five(ish) Doctors Reboot.
It is worth stating, up front, that this is a genuinely sweet and delightful piece of television. It is routinely hilarious, from the brilliant use of the Shada clip to cover Tom Baker’s lack of involvement to the Peter Jackson/Ian McKellen cameo to Sylvester McCoy’s beautiful delivery of “I’d like to go home now” to Steven Moffat playing with action figures in his office to… I mean, this paragraph could go on for quite a bit, couldn’t it? This is a joyous thing chock full of charming ...

The Moment Has Been Prepared For (The Day of the Doctor)

Cometh the hour, cometh the man. The hour, in this case, was actually about seventy-five minutes long, commencing at 7:50 PM on November 23rd, 2013. Martin Garrix was at number one with “Animals,” with Lily Allen, Lorde, One Direction, Lady Gaga, and Eminem also charting. In the six months since The Name of the Doctor had aired, Edward Snowden had created a major international stir when he leaked a significant trove of classified information about the extent of surveillance operations being routinely carried out by the US and UK governments, Mohamed Morsi was deposed as President of Egypt in a military coup, and Typhoon Haiyan struck the Philippines and Vietnam, killing more than six thousand people. The man, of course, was Steven Moffat.
The Day of the Doctor did not quite win universal praise. It just won stellar ratings, an impressive 88% AI rating, the distinction of being only the second episode of Doctor Who ever to hit the number one slot in the weekly ratings, and Doctor Who Magazine’s 50th Anniversary poll for the greatest ... 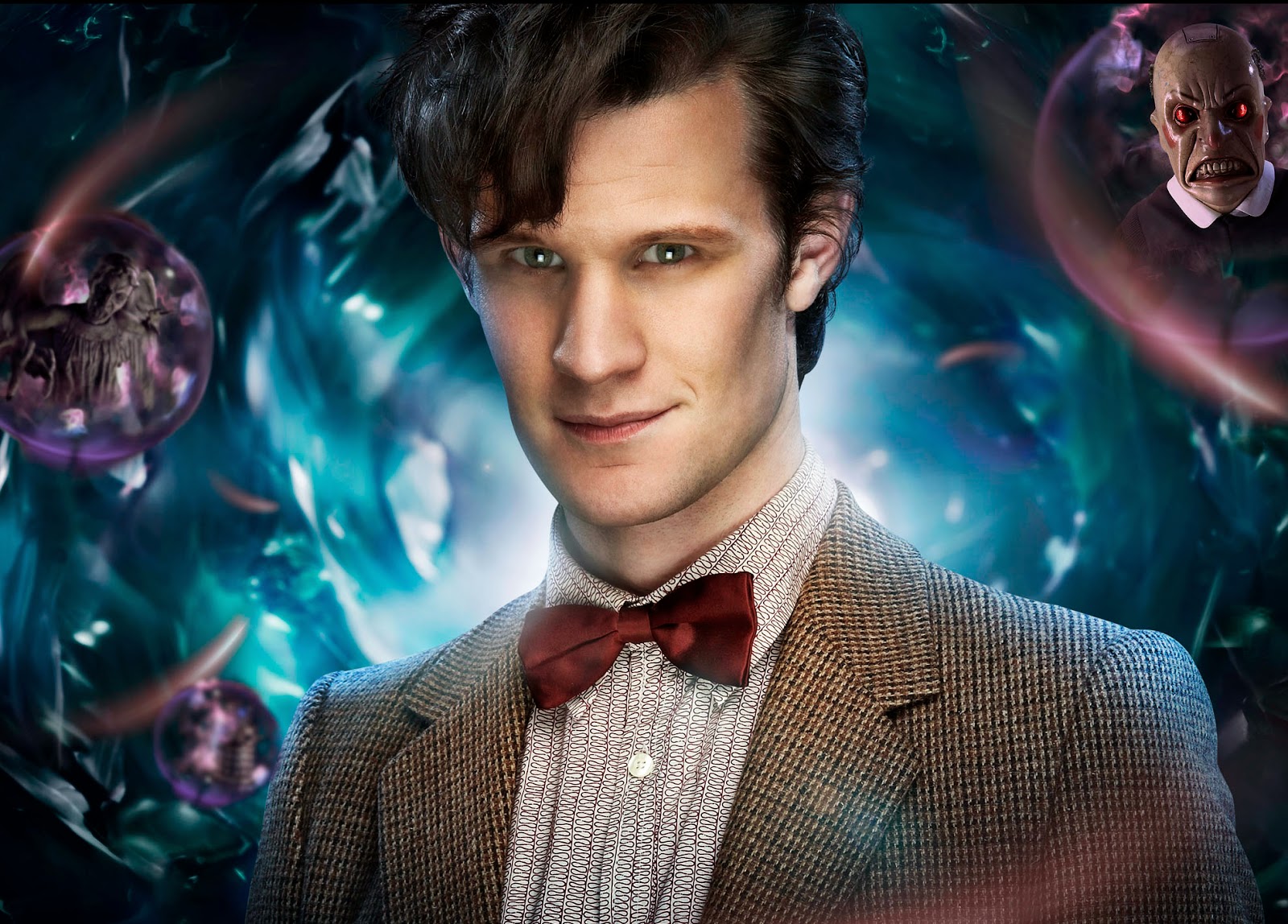 With the historical perspective that a year allows us, this is not quite true. The focus on how Matt Smith, while the youngest actor ever to play the part, makes the Doctor seem old is a common talking point, and indeed ...

It’s June 19th, 2010. Shout is at number one with “Shout,” which lasts both weeks of this story. Kylie Minogue, Eminem, David Guetta, Lady Gaga, and Baddiel, Skinner, and Lightning Seed also chart, the latter with a hilarious belief that England might not crash pathetically out of the World Cup. Spoiler: the day after this story wraps, they do. Also in news, David Cameron apologizes on behalf of the government for the Bloody Sunday Massacre, and George Osborne presents a budget statement full of austerity. Also, on June 26th, the entire universe ends.
There is no point in pretending that my opinion here is anything other than what it is. I think this is decisively and thoroughly a good thing. I love the Davies era dearly, but the Moffat era is, for my money, the pinnacle of the show. Indeed, it’s basically this pair of episodes that’s why TARDIS Eruditorum exists: because I could not get them and their implications out of my head. I have been looking forward to this post since I started, and the observations I want to make about this story are, ultimately, the observations that I created ... 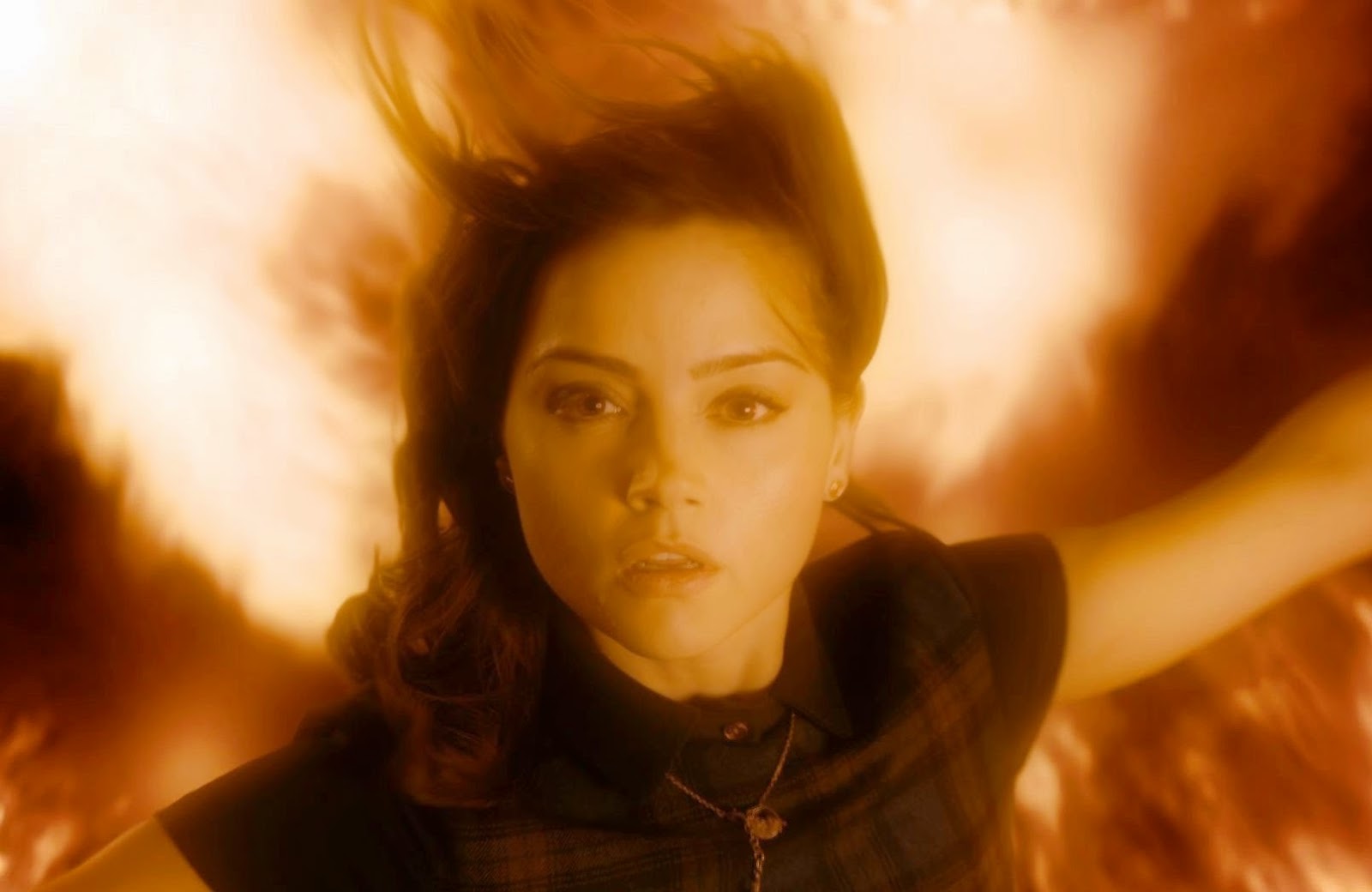 Some Mercury Left Over (Nightmare in Silver)

This is an excerpt from a future chapter of The Last War in Albion, the precise placement of which remains ambiguous. Think of it as our “The Yesterday Gambit."
Previously in The Last War in Albion: At the same time that Gaiman was working on The Ocean at the End of the Lane, he was also writing his second Doctor Who story, Nightmare in Silver, where he brought back the Cybermen, the very same monsters that featured in Black Legacy, Alan Moore’s first professional publication as a writer, and that Grant Morrison had employed in his early-career Doctor Who Magazine work…
“Dreams!! Visions!! We are Cybermen, Medic… we do not run from shadows!” - Alan Moore, “Black Legacy”
Gaiman had considerably more affection for Doctor Who than either Morrison or Moore (who was known to suggest that all of the actors to play the part after William Hartnell made Doctor Who seem like a pedophile). And so it is not, in this case, his mentor’s take that he turned to, but rather his own memories ...