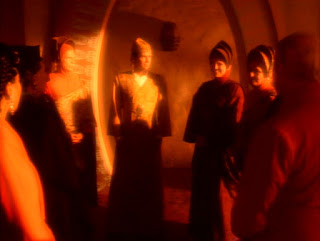 There are other, more explicit parallels to “The Homecoming”/“The Circle”/“The Siege” here as well, since “The Collaborator” effectively serves as the end of the Bajoran Provisional Government plotline that was the backbone to Star Trek: Deep Space Nine for almost a year and a half. It's been an interesting thing to watch unfold to be sure: The ... 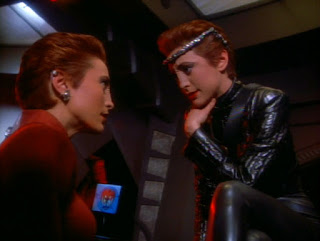 This does, on the surface of things, seem to be an example of the show's worst impulses gone unchecked. Following “Blood Oath”, it now seems Star Trek: Deep Space Nine has no qualms about straight-up doing sequels to Original Series stories. As beloved and as iconic to not just Star Trek nerddom, but pop culture in general, as “Mirror, Mirror” may be, there's simply no avoiding the smack of fanwank that surrounds a brief like this. Especially in a month where Star Trek: Deep Space Nine is most assuredly staring down its own mortality in an climate of fanboys that is growing increasingly hostile to it.

The counterpoint is, of course, that “Crossover” gets away with it because it's quite simply a tour de force.

One of my absolute favourite episodes of the series, I've loved “Crossover” forever, and I love it even more now. In hindsight, from the vantage point upon which I now sit, it does feel a bit like it's ushering in a block of stories that is ultimately the ... 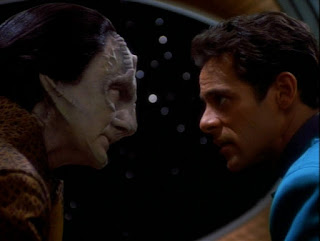 We all love a good mystery. I believe a wise man once said something to the extent of “And to many humans, a mystery must be solved”. There's that nagging sense that there is some big truth out there that's being concealed from you, and you can't rest until you learn what it is, because of information wanting to be free, or any number of other justifications for the quest for gnosis we've come up with throughout the ages. In the United States, perhaps we've wed our thirst for mysteries with our romantic ideal of vigilante justice garnered from the media's foundational myth of the “Old West”. Perhaps it's this simultaneous desire to see a mystery solved and a perpetrator brought to justice by a lone lawman that has brought about things like the noir genre, and that speaks to something about who we are as a people. Just go and ask Odo. I think this same desire for a certain kind of disclosure is part ... 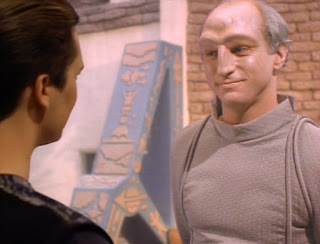 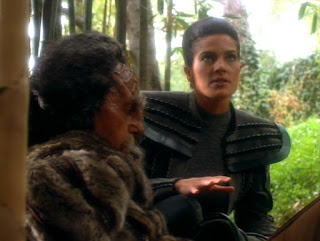 The first thing that strikes me about “Blood Oath” is how much it actually feels like a Ronald D. Moore story. It isn't, obviously, nor could he have had any input on it considering he's not on Star Trek ... 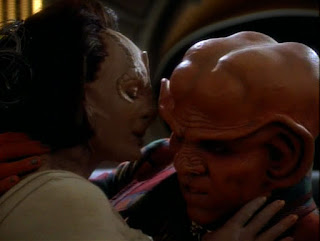 It's no secret that the Star Trek team are massive old Hollywood fans. I think that's sort of a prerequisite ... 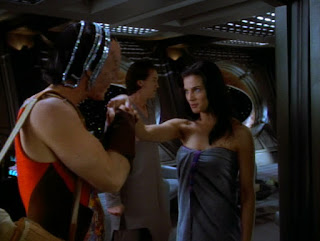 Attest to your goddess. In this form, she is the energy of life and creation embodied. She waits for you to realise that which you have always known about yourself.

Normally I write these at night. I'm a bit of a night owl by habit already, and I find that, when doing creative work, I perform far better at night. I'm much more focused during the evenings, whereas I tend to get distracted far too easily by the business and hustle-and-bustle of diurnal life. Today though I am breaking habit and writing this during the morning, but it seems to feel right. I am, after all, also very much a day person: Sunshine is a vital and fundamental part of my existence and I need to be around it and in it constantly or I get depressed. I am of the Sun and the Moon equally, which makes things annoying when I need to find time to sleep. I could say the same thing about Star Trek: Deep Space Nine-This is a show that uses ...