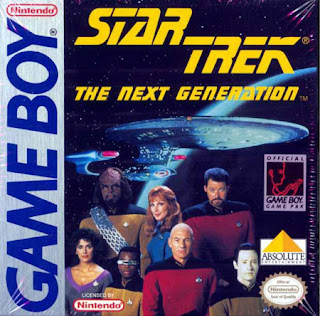 If you were a casual Star Trek: The Next Generation fan in the 80s and early 90s looking for a video game based on your favourite TV show, your options were severely limited. Star Trek computer and video games were overwhelmingly dominated by the Original Series (much like the franchise in general), and if you wanted a game specifically based on The Next Generation, you pretty much had only two options: There was a trivia game released in 1990 that was just what it sounds like: A bunch of trivia questions based on the show's early seasons. The year before that there was the rather more intriguing Star Trek: The Next Generation - The Transinium Challenge, a sort of hybrid third-person adventure detective game that put you in the shoes of Commander Riker investigating a series of attacks on a friendly outpost.

This was all very well and good, but from my perspective back then there was just one problem: Both Star Trek: The Next Generation Trivia and The Transinium Challenge were DOS games, and PC games were things far, far above my family's pay grade and class level. I'm ...