“No Future”: The Best of Both Worlds 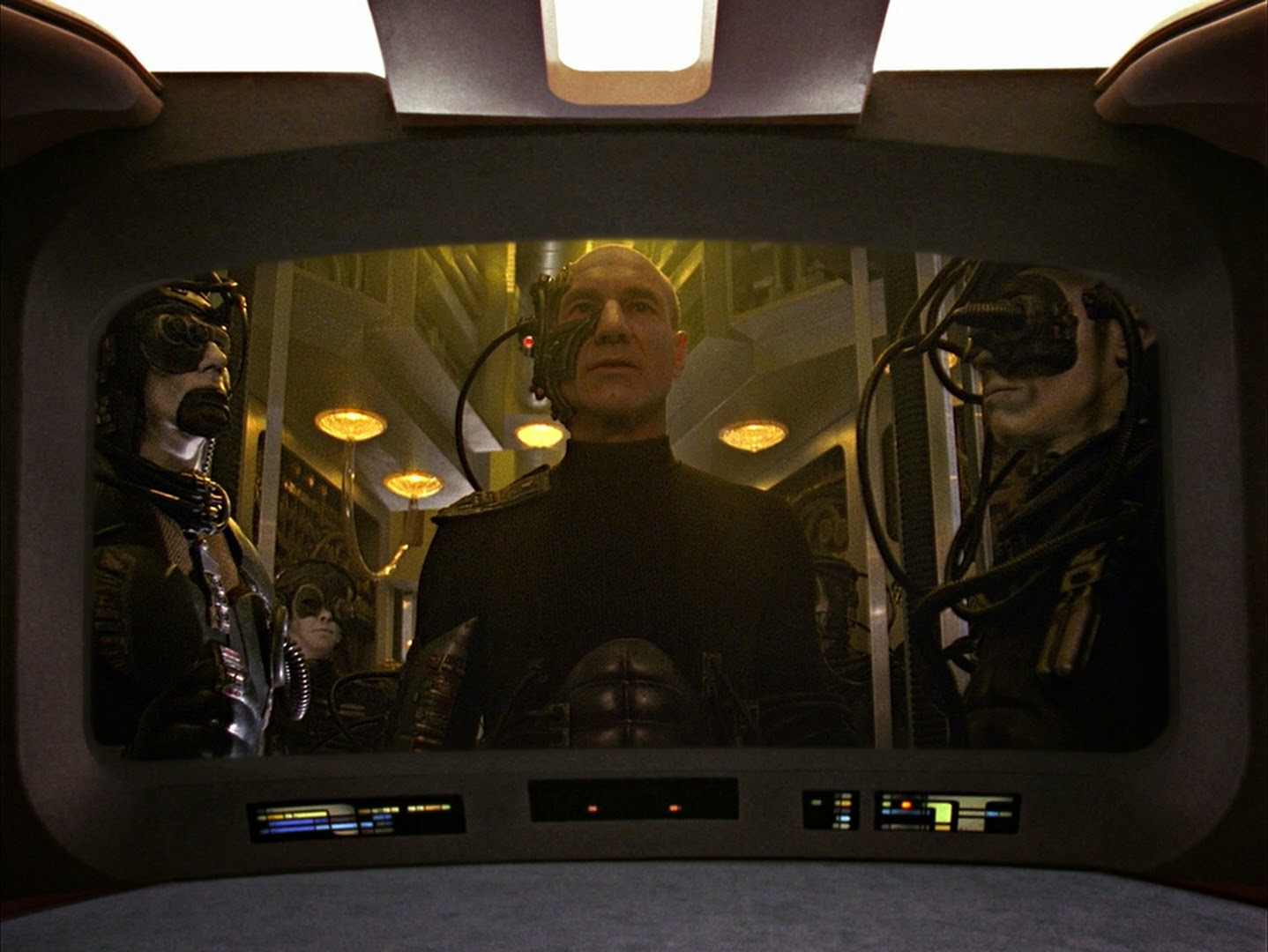 This was not meant to be.

This war's not supposed to be happening.

The demons of our future have finally caught up with us. Forced to face a full disclosure of human ugliness before we were prepared, they found us, they fought us and they won. A tragedy of such proportions that its reverberations are still being keenly felt to this day, made even more tragic by the knowledge of how entirely avoidable it was. What happened? What went wrong?

“The Best of Both Worlds” is the episode that just about universally gets cited as the point where Star Trek: The Next Generation stopped messing about, came into its game and at long last stepped out of the shadow of its predecessor. Even in the comparatively recent re-evaluation of the series in mainline fandom that posits the *entirety* of Season 3 as the show's high water mark, not just “The Best of Both Worlds”, this episode *still* gets wheeled out as Star Trek: The Next Generation's finest hour time and time again. 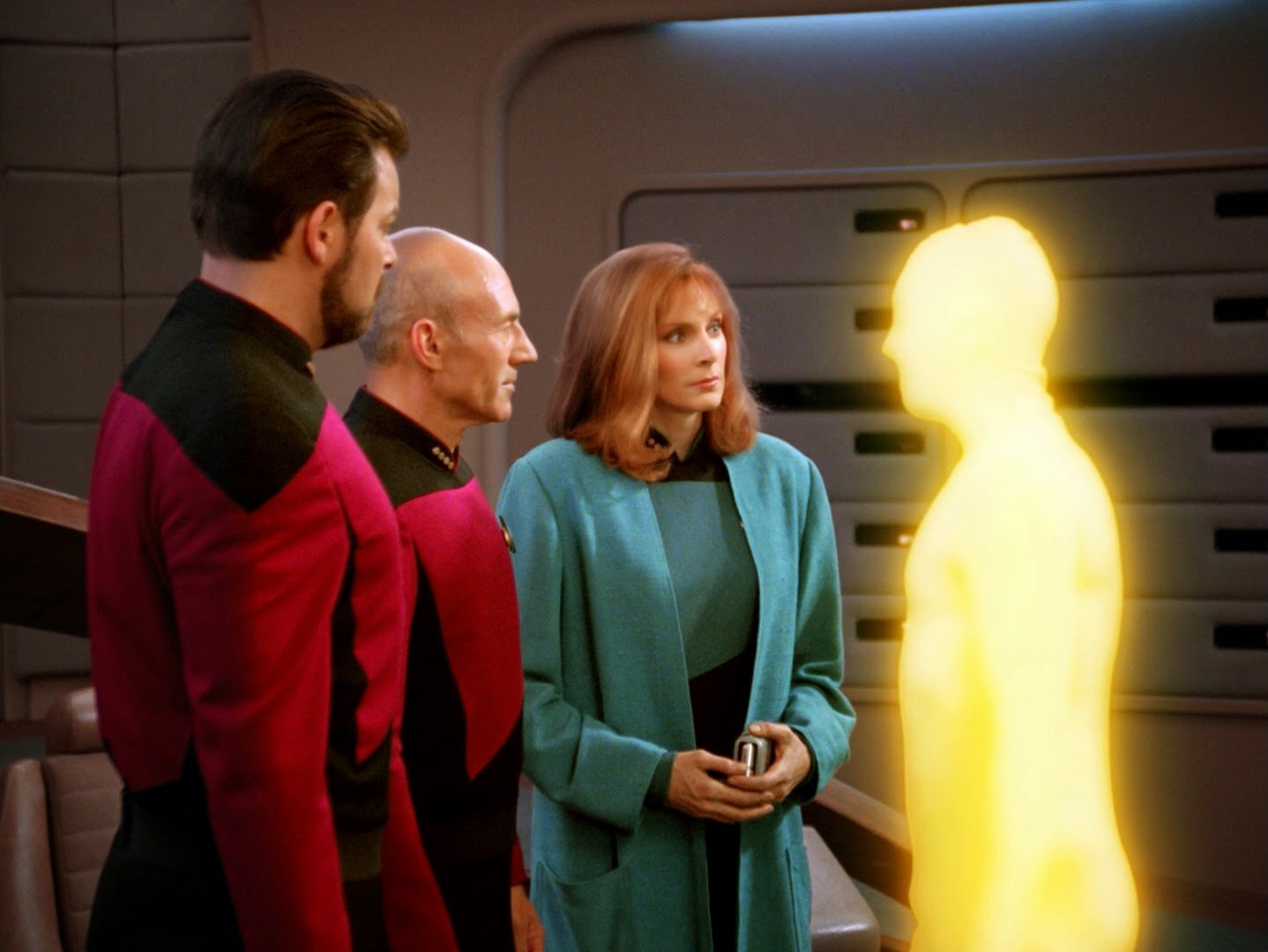 If you've seen “Transfigurations” and know literally anything about me, you know what my feelings on it are going to be.

This is plainly the best episode of the entire third season precisely because it's so unlike anything else in it, with the exception of perhaps “Tin Man”. This is the moment where the promises and themes Michael Piller hinted at in “Evolution” finally come to fruition: It fulfills the potential the earlier episode could only grasp at and is where Star Trek: The Next Generation's new mission statement finally becomes clear. Tellingly, it's not written by any of the current staff writers, but is a concept fleshed out and fully realised by “The Offspring” scribe René Echevarria at Michael Piller's personal request, in the pitch that actually got him his staff job. Knowing this, the title of “Transfigurations” becomes particularly apt, as change finally does seem to be in the air. It's a fleeting burst of clairvoyance, a brief glimpse at what this show could be, should be, and has always had the opportunity to be in the last moments before everything implodes in on ...

“Paint me like one of your French girls”: Ménage à Troi

Possibly the kindest thing I could say about “Ménage à Troi” is that it perfectly encapsulates the entire third season in one convenient package. If you want to know what Star Trek: The Next Generation looked and felt like in its third year of existence in soundbite form, look no further because this one episode runs the entire tonal gamut.

It is a comedy episode, or at least a decent stab by the creative team at what a comedy episode should maybe look like, it ticks off the “bring in Majel Barrett for her annual guest spot” box, it gives certain actors room to relax and clown around a bit, it had Gene Roddenberry pop in to make a minor tweak to the script, it's an episode prominently featuring both the Ferengi and a surplus of silly and embarrassing costumes, has some clumsy attempts at world-building and art direction that manage to completely ruin the wonder of a Star Trek alien society, it's built around a few surprisingly touching and well done (and obviously Michael Piller inspired) character moments that echo ...

This episode should not exist.

I don't mean there are thematic decisions I disagree with, or there are narrative framing problems, or even that the story is morally, ethically or politically indefensible: Indeed, at its heart this is a wonderfully moving story about aging and a loss of self and identity, as every critic on the face of the planet to cover this franchise who isn't me has already duly noted. I mean the entire ethos of this story, from conception to execution, is predicated on the demands of Hollywood business networking rather than good creative or storytelling sense. It is the most depressingly obvious of cynical pandering, and the fact the actual episode turned out to be this good is actually an incidental nonissue, albeit one that that shows how heroic the writing staff was and how connected to their series they had become by this point, whether willingly or not.

The sad thing is this still keeps my from enjoying it.

Mark Lenard recalls how Gene Roddenberry came to him with the ...

“The Collector”: The Most Toys

I've been pretty negative on this show lately, so lest you think I go into these looking for things to complain about, here's another episode I never saw when it originally aired and never managed to catch on reruns. I had no preconceptions about how good or bad it was going to be, but I had read a lot about it and knew it got a lot of praise. So no prior baggage to jettison here, just a solid example of how Star Trek: The Next Generation worked when it was at is supposed creative and aesthetic peak.

My big problem with “The Most Toys”, as has been the case with most things this season, comes down to a philosophical disagreement on my part as to how Star Trek: The Next Generation should be approached (Yes, I rib Bailey, Bischoff and White, but only because I see where they're coming from and empathize. It's always healthy to be able to laugh at things you care about, doubly so if it's traits you see ... 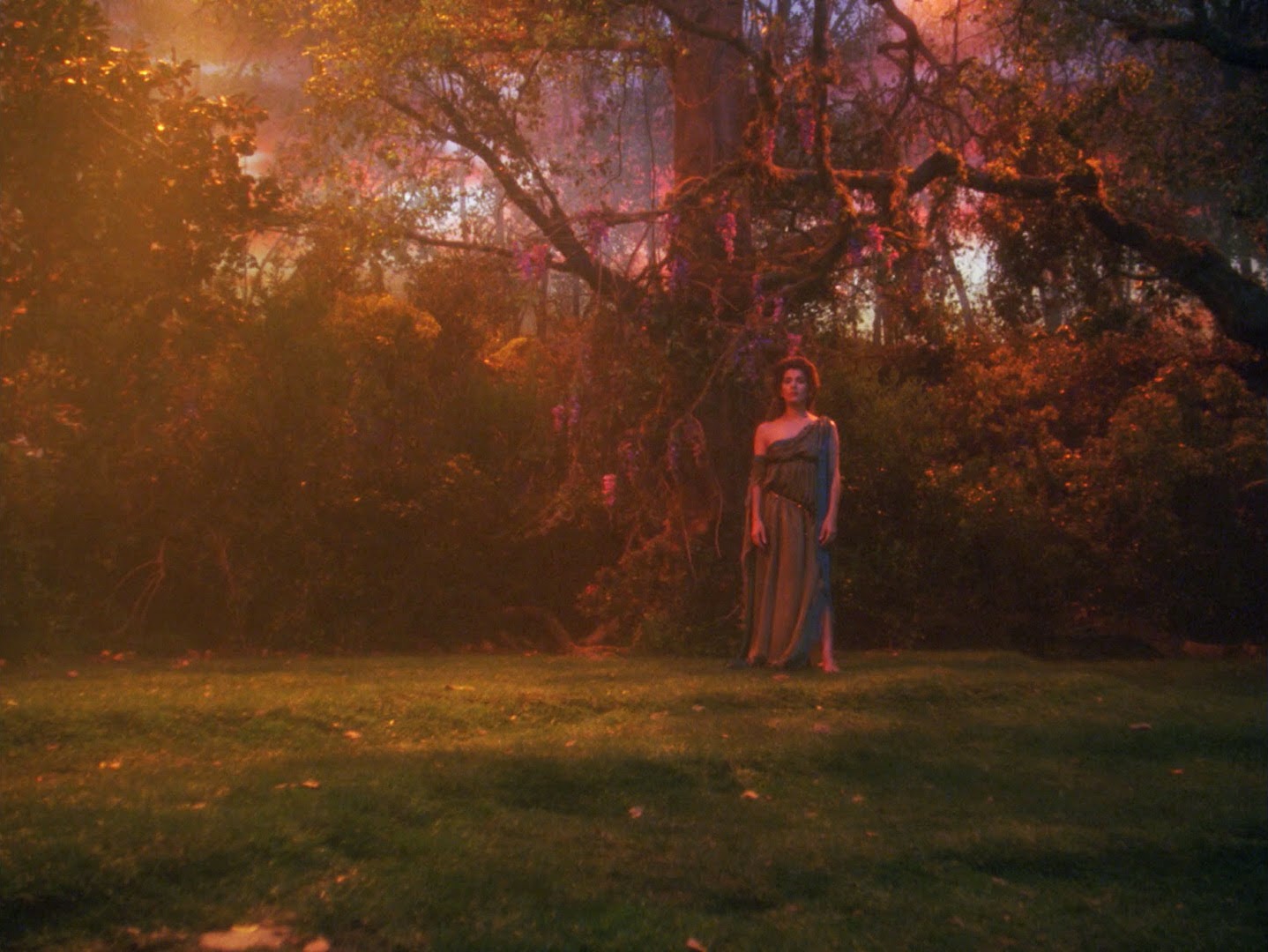 I never liked “Hollow Pursuits”. I still don't. Make of that what you will.

I would seem to be in the minority, as I am with literally everything else in my life, up to and including Star Trek. Apparently, a whole lot of people relate to Reginald Barclay on a very profound level, some even going so far as to claim he is the *only* relatable character in the entire Star Trek: The Next Generation cast. Now, I like Barclay too, even though I manifestly do *not* share the same connection with him that so many others have: He's an interesting character and obviously Dwight Schultz is massively talented, no argument there, but, knowing as I do what a sizable subset of Star Trek fandom looks like, I have to wonder about precisely what so many people see in Barclay, what that says about Trekker culture and whether or not that's even a reading “Hollow Pursuits” can support. And furthermore, there are some structural and creative quibbles I have with this episode that give me ... 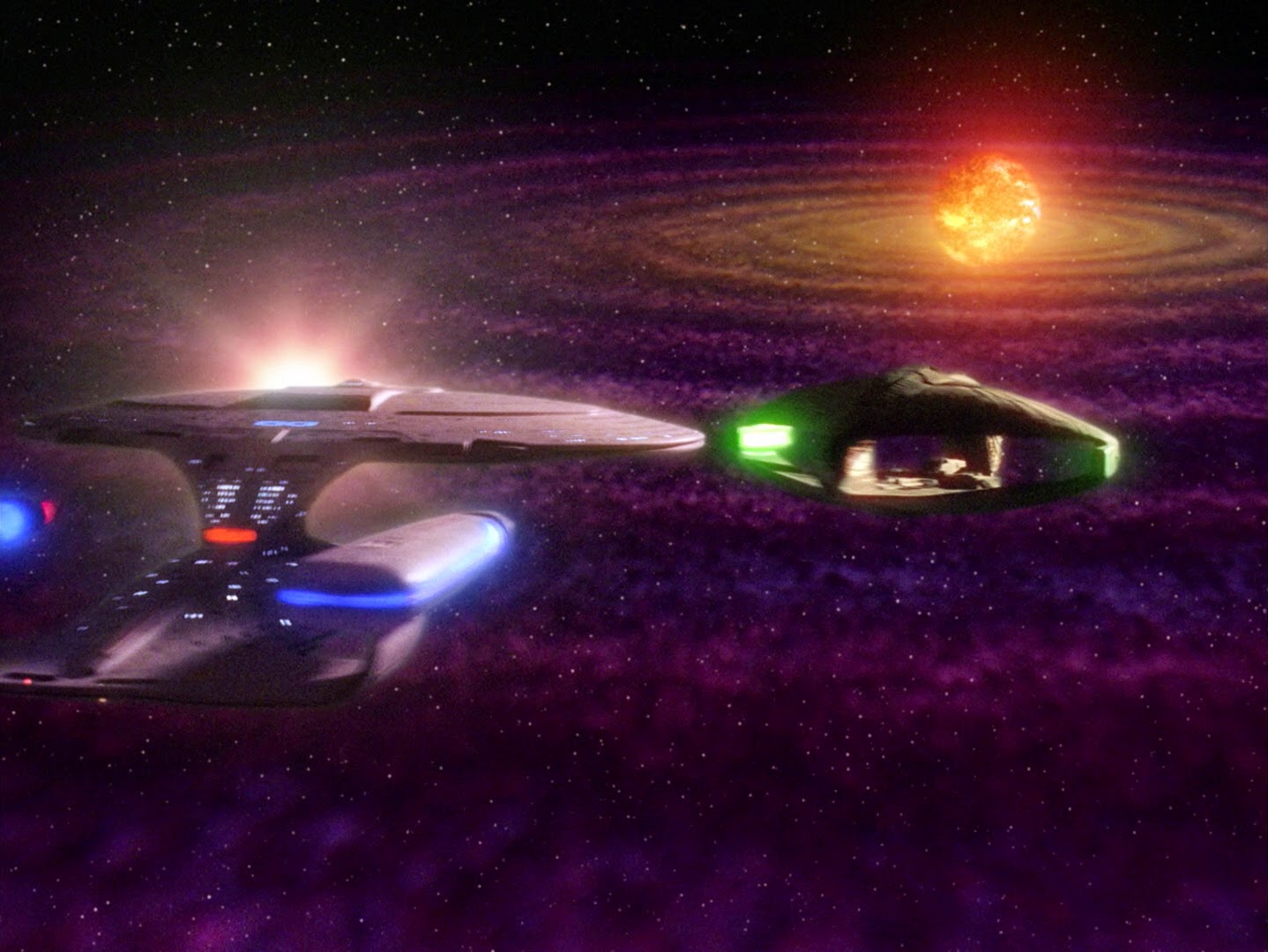 Every so often, the fans get it right.

If you think “Samaritan Snare” is completely indefensible and irredeemable in every other respect, you must at least acknowledge that it was responsible for bringing one good thing into the world: That would be “Tin Man”. Writers Lisa Putnam White, David Bischoff and Dennis Russell Bailey were so famously fumed up over the former episode, ambitiously calling it the single worst piece of Star Trek ever filmed that they decided, as all Trekkers are wont to, that they could write Star Trek better than the professionals and set about sending in a submission to Star Trek: The Next Generation with the express intent of showing them how to write their own show. Bailey, Bischoff and White were no rank amateurs, though: They were a team of published literary science fiction writers who had together penned a Nebula Award nominated short story called “Tin Woodman” in the December, 1976 issue of Amazing Stories that was later adapted into a novel and, as it so happens, this episode.

Ironically enough, as much as the trio were convinced they were better than Star Trek: The Next Generation ...