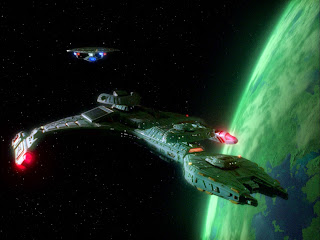 We always knew it was coming.

The point of convergence where it all leads back to. Perhaps not the greatest moment, but the defining one. In the end, it all comes back to redemption. We will redeem. We will be redeemed.

This is the cliffhanger season finale that looms the largest in my memory. Not my favourite...I think “Time's Arrow” and “Descent” are probably better, and I have fonder and more vivid memories of them both. I was told, of course, that I was supposed to like “The Best of Both Worlds”, and “The Best of Both Worlds” is certainly very good at what it does. But this is the one that exerts the greatest gravity over the mental landscape of mine Star Trek: The Next Generation belongs to. 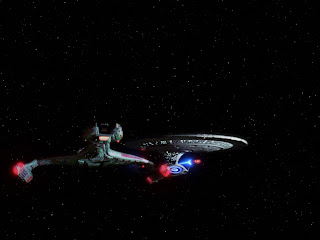 The first image that strikes me is, as is always the case with Star Trek: The Next Generation, that of a starship. It's the image that defines “Redemption” for me ...

“Men Who Hate Women”: In Theory 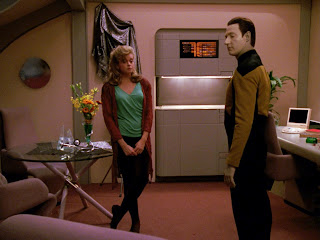 Oh no, not again.

I have to filet another Star Trek: The Next Generation sacred cow tonight. I hate doing this. But this one's time is long, long overdue, 'cause “In Theory” is bad. Really bad. How bad? Well, in terms of gender, this is right down there in the same league as “Reunion”.

I'll let writer Ronald D. Moore explain himself in his own words.


“I loved the notion of Data involved with a woman who fell in love with him because it was sort of a callback to when The Original Series was on. There were so many women who were in love with Spock. So much of Leonard Nimoy's fan mail was from women, women who were falling in love with this remote, inaccessible character with the idea that 'I could touch his heart-I could get to Spock like no one else.' I was fascinated by that aspect of fandom. So I thought, well, what if we did that with Data and there was a woman who fell in love with a ... 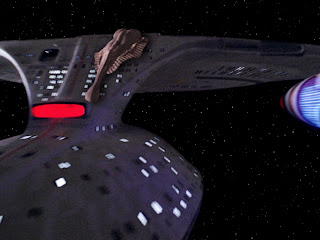 I have no idea what it is about the Starship Enterprise's chief engineer, but absolutely nobody seems comfortable with writing for him or even has any real idea who he is. Michael Piller's big contribution to fleshing out Geordi's character was turning him into an insecure mechanophile who didn't know how to act around women, Ira Steven Behr thinks he should be eaten by Klingons and even René Echevarria mentioned he had no idea what Geordi and Beverly Crusher would have to talk about to each other as an example of how hard he found it to write for the Star Trek: The Next Generation characters. Only Deanna Troi elicits a comparable level of writer's block and despair amongst Star Trek creator types, and even she's had “Night Terrors” and bits of “Half a Life” by this point. 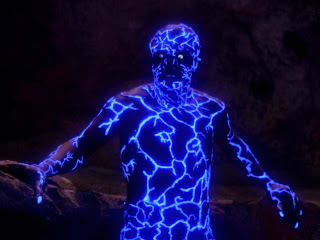 So it really is fitting one member of this trio is entitled “Identity Crisis”, because that's what it feels like Geordi is going through. And not just him, but Star Trek: The Next Generation too-Recall that while we've seen some strong stuff ...

“When you think you love someone, you love them”: The Host 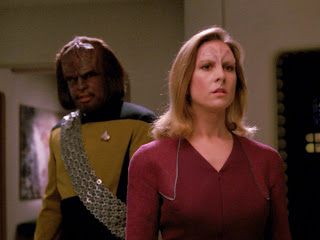 For some reason I've always taken “Half a Life” and “The Host” together: The two well-remembered big dramatic doomed love stories from the back of the fourth season brought to you by the letter H. They're also the two episodes I was the most apathetic about revisiting from this filming block, as I didn't have especially fond memories of the pair. I was completely mistaken in the case of “Half a Life”, which I now consider to be a definite highlight of the fourth season.

It turns out that if I had any reservations about this diptych at all, it was entirely thanks to “The Host”. This is another one that I'm afraid I can't redeem in the slightest.

In the history of Star Trek: The Next Generation, there are three infamous scripts whose clumsy handling of gender and sexuality, along with their general ineptitude, are directly responsible for saddling the series with a reputation of heteronormativity and homophobia. The first was the titanic piece of shit that was “Blood and Fire”: Although the show was able to dodge that particular bullet, so cavernous was the yawning ...

“Every man has to die”: Half a Life 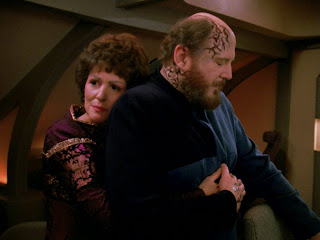 Lwaxana Troi is a very deceptive character. But she always has been: From the moment when she first walks off of the transporter pad onto the Enterprise, she's defined as someone who superficially appears to be a stock programmatic, broad-strokes comedy character but who in truth hides many hidden depths. “Haven” sees her mercurially flitting about the newborn Star Trek: The Next Generation with obfuscating performativity, her true goal to teach the new show something fundamental it will need to succeed in life.

In the years since, Lwaxana has been reduced down to more of a basic comic relief character, much to her detriment (though there were some strides made towards dialing this back last year). But now with “Half a Life”, when Star Trek: The Next Generation is new again, Mrs. Troi is finally allowed to return to the roots of her character's role once more. But the universe is different now, and things aren't quite the same anymore.

“Half a Life” is often seen as being a statement about forced euthanasia. This is because Star Trek fan discourse is ruled unquestionably and unfalteringly by Original Series fans ... 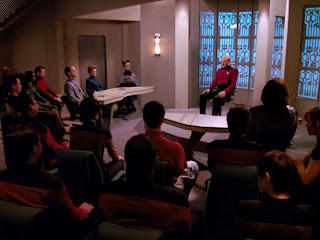 It's these marquee episodes that always cause me the most trouble. I know very well what I'm expected to say, and that casts a shadow that looms very large over the whole writing process. I always end up driving myself half mad trying to say something that's not completely dumbly obvious.

So here were are again with another universally acclaimed masterpiece; acclaimed for reasons that are plainly on record in every single reference book on the show you can find. And I think it's utterly overrated tat.

First of all, “The Drumhead” is a courtroom drama, which I hate on principle. So every single argument against this genre I made in my essay on “The Measure of a Man” in the second season is just as valid here. But there's an additional wrinkle this time. When reviewing Babylon 5 for TARDIS Eruditorum, Phil Sandifer pointed out that as the limit case for the Golden Age Hard SF style of writing, the fatal flaw of J. Michael Straczynski's magnum opus is that it ... 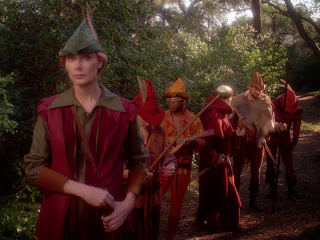 It's absolutely inane. Let's just dispense with that straight away.

Much like last year's Q episode, “Qpid” (ugh) completely casts aside Q's original symbolism as an extradiegetic challenge to the ethical underpinnings of Star Trek: The Next Generation in lieu using him as a vehicle to set up a pointlessly safe comedic runaround. It's depressingly cynical, a Robin Hood romp done only to capitalize on Robin Hood's popularity at the time, and yet another teeth-gnashingly sexist outing to boot: Q's assessment of Vash aside, one of the bitterest ironies in the history of the series is that Gates McFadden and Marina Sirtis were the only members of the crew trained in fencing and stage combat (in fact, they're instructors themselves), and not only were they the only people *not* to partake in stage combat in the one episode where those talents would have come in handy, nobody, not even for just a moment, ever once thought to consult them when teaching the rest of the cast. To add insult to injury, it's Ira Steven Behr's only post-Season 3 contribution to Star Trek ...