A rejigg of something I wrote for the old site on the subject of 'Turn Left', the best episode of series 4.


The alternate world that Davies conjures up in ‘Turn Left’ is not so far removed from our own. We might not (yet) see British soldiers patrolling our streets and pointing automatic weapons at unarmed women (though the recent behaviour of the police towards student protestors has been pretty savage)... but that sight would not be so unfamiliar to the people of Baghdad. Or Belfast, for that matter.

The nightmarish, decaying, dystopian Britain in this episode reflects aspects of our current social predicament… indeed, as Simon Kinnear pointed out in DWM, the episode seems prescient of the years ahead of it, of (to put it my way) recession/cuts torn Britain.

While it doesn’t get specific, or touch economics much, ‘Turn Left’ seems like the closest thing to a direct political attack on crisis-wracked British society that any mainstream TV show could possibly get away with. Let’s just recap: in an episode of that highly commercial kid’s romp known as Doctor Who, Russell T. Davies suggested that, in a time of crisis, the British state might ... 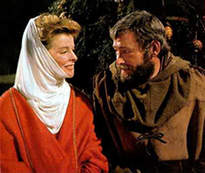