The Mouse and the Gun (Super Scope 6/Mario Paint) 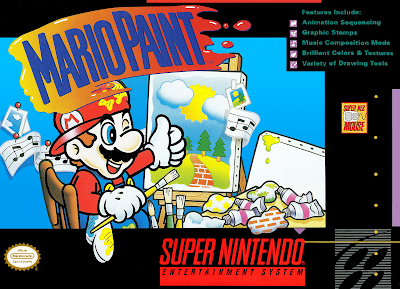 I missed out on both of these. I think I took one look at the Super Scope and thought "Nope, can't be bothered with that. Not even sure where it'd go when I'm not using it; it certainly won't fit in the console cupboard next to the Zapper."

Mario Paint and the SNES Mouse, on the other hand, I would probably have really liked, if this wasn't the first time I've ever heard of them.

Very useful information for people, I think this is what everyone needs.

The link to Duck Hunt appears to be nonexistent.

Two minor nerd-quibbles: Color a Dinosaur came out in July 1993, a year after Mario Paint. There was also another double NES cart, Super Spike V'Ball / Nintendo World Cup, which was bundled with the NES Sports Set in 1990.

Ha. It honestly hadn't occurred to me to check the date on that.

As is the one to Color a Dinosaur. I really need to stop putting in planned links when I draft things, as I always forget to go back and include them.

Its my favorite game. but first time reading a article about it. Its interesting and thank you for the share

Totally agree with this opinion,i think this will helpful to get more interesting