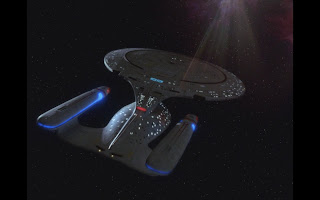 Congratulations, I look forward to what comes next.

Star Trek: The Next Generation used to be pretty much the only TV show that was produced exclusively for syndication

Er, unless you count basically every cartoon of the late 1970s through the 1980s, and quite a few cartoons of the early to mid 90s.

I eagerly look forward to the book! My friend and cover designer Viga (a big TNG fan, btw) might be available for a commission. Easiest way to contact her is probably via her tumblr: vigasartroom.tumblr.com

I love your blog. I frequently share your posts and I find it very interesting/challenging. I firmly believe this will be one of the resources I hand to my kids eventually when inevitably strongly encouraging them to watch Star Trek.

I also would strongly encourage you to follow and write about (podcast about) the new, Bryan Fuller helmed show next year. I know this may not be in your plans, but I think it would give you a great and new chance to write a 'first draft of history', or at least, your story... :D

Anyway, whatever you do, love your work, and it means a lot to me. Keep it up.

Congratulation Josh for reaching three years! Your blog has been a highlight of my week - a place where I find and share inspiration - and I totally get what you are saying about where the blog needs to go and how it needs to change to be manageable for you. Once a week will be great and knowing that you are feeling better about it all with less stress will too!