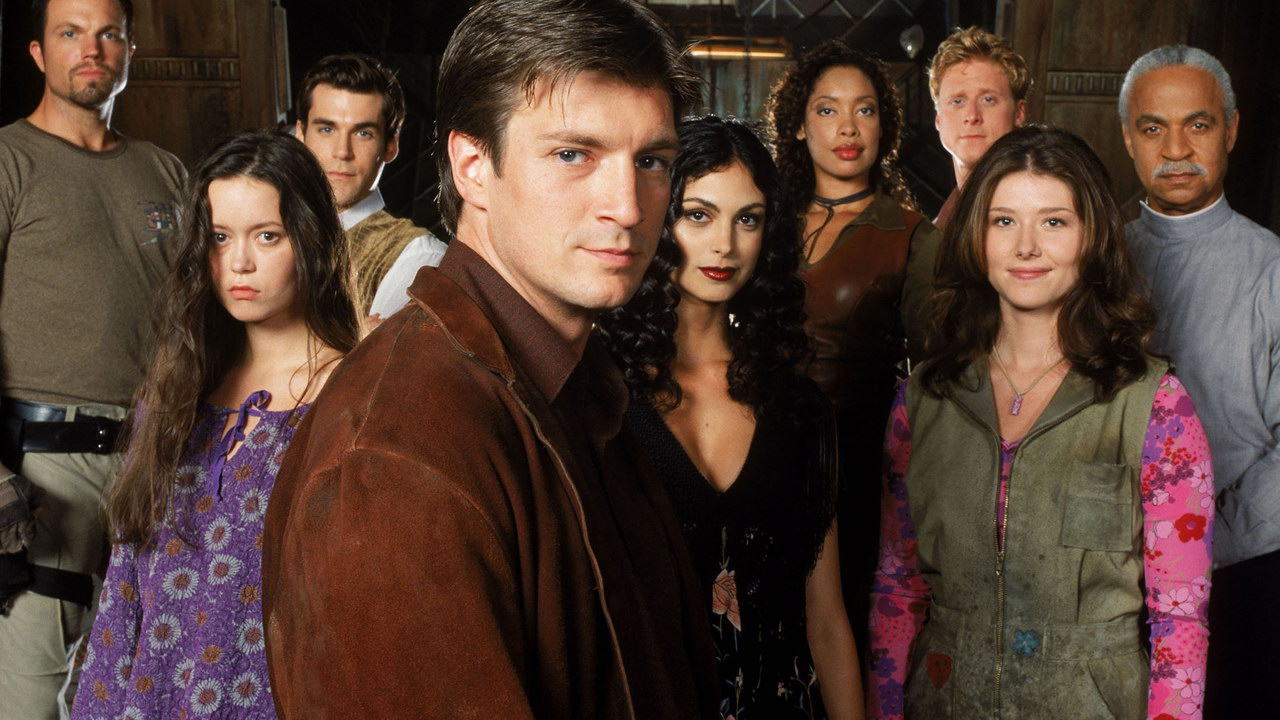 Hi, my name is Robin, and I'm a former Whedonite.

Fandoms now have followers that give them reputations among the larger mixed fandom communities for treating each other badly. They seem to guard their fan properties with such zeal that people come to form opinions about texts that are negative for the sake of wanting to distance yourself from that "type" of person.

That's certainly true, but I don't think it's new, though I dare say some specifics have changed. I mean, that was pretty much my experience of online Firefly fans back when it was originally on (or at least shortly after it was cancelled), and contributed substantially to the fact that I've never actually watched it. Up there with The Matrix among things I was prejudiced against from the outset because oh deary me the fans.

Also, if only on the level of cheapshots, it's altogether too easy to think ill of a group of belligerently zealous devotees who call themselves Brown[garment]s...

Don't let the fans put you off something, watch it yourself and then decide. After all, you don't have to interact with them even if it turns out that you do like the thing.

Oh indeed; I'm not pretending to any kind of rationality here. And in this instance, I do know at least one lovely Firefly fan. I'm mostly speaking historically - there was a time when it was something I might well have sought out, had I not been put off. At this stage I just don't particularly feel the urge.

This is a really nice, even-handed criticism of Whedon that doesn't make any of the usual pitfalls. What I mean is that rather than just write a "Cinema Sins"-style list of lines that are "problematic" or whatever in Joss's ouevre and pass that off as criticism, you're actually arguing that there are recurring long-term issues in his scripts. Which is really awesome because there are a lot of criticisms of Joss that don't amount to much more than bullet points.

Which is to say that I mean no offense when I say that 33% of your argument is totally off the mark.

"Whedon's "strong young female" characters are almost always reliant upon an older male "father" figure to achieve their goals. [...] While it's clear that Whedon wants to empower his women, it's generally to make them more complicated objects of the male gaze."
Excepting Simon and River (which is more of a big bro/lil sis relationship imo), I think the opposite is true: the "father" figures are ostensibly pillars/columns/pick-your-own-phallic-symbols of support for the leading ladies, but in reality they're obstacles to the women's growth and are treated as such. Buffy routinely (and accurately) dismisses the Watcher's Council as a bunch of old men who are basically using her as a weapon in the fight against evil. This is the tension in the Buffy/Giles dynamic; their love for one another is genuine, but their relationship is always sullied by Giles being part of an organization dedicated to dehumanizing young women (ie, patriarchy). Over the course of seven seasons, their dynamic changes from general/soldier (entirely hierarchical) to father/daughter (platonic but still rooted in gendered hierarchy) to trusted friends (entirely platonic, no hierarchy). I think that's really moving and very much feminist.

Supporting this is the dynamic between Faith and the Mayor, which never advances beyond an intensely patriarchal father-daughter relationship, leading to both of their deaths. I'd also argue that certain aspects of Dollhouse's second season are intensely unpopular because a large part of the show's fanbase want to imagine that Boyd and Adelle are Echo's loving parents, and the show screams otherwise pulls the rug out on anyone who wants the characters to form an ersatz family as Whedon characters are wont to do.

In any case, this is a lovely little post. Buffy was hugely important to me in navigating high school and I still think that for all his flaws, Joss Whedon is kind of a genius. But there is this gross macho fanbase that surrounds some of his work and while it's tempting to say that they're just missing the point I really am interested in how shows that aim towards feminist ideals end up attracting a subset of fans who are actively hateful towards said feminist ideals.

Ah, thanks Kiki - I came down to the comments to say a version of this.

Also, going off what you said about Boyd and Adele, Dollhouse was absolutely a conscious effort on Whedon's part to grow and challenge himself, taking many of his 'standard' writing tropes and twisting them into something new/ugly. Whether that was successful is a different matter, but there's definitely no mistaking that show for his others.

The fandom stuff sounds awful by the way - glad I've never been a big enough part of those communities to come across it.

Also in "because I'm a bad person" news, this instilled in me a prurient curiosity to listen to that one Oi! Spaceman Firefly podcast. Consequently I am now goggling at the concept of "a parody of Space: Above and Beyond".

How could you parody Space: Above and Beyond?! How would that even be possible?

I'm probably not quite what you'd call a Joss Whedon fan - I watched a couple of episodes of Buffy and thought it was well-made, well-written, and not really for me, and I don't make an effort to watch every show he's done (I've not tried Dollhouse, for instance).

However, I adore Firefly. I'd certainly call myself a Firefly fan, even though I've never been to a convention or sought out the company of other people who love it (in person or on the net). That's just not how I relate to it. So while I'm sorry to hear Browncoats include a range of idiots, it doesn't really affect me directly. I'll go on loving the show, flaws and all, in my little bubble of space, just as the show is limited to a little bubble of time.

(Incidentally, I originally came to Firefly because just about everyone I knew on a discussion board for the Traveller roleplaying game recommended it, including military types, doctors, teachers, scientists, and writers, from all across the English-speaking world and Europe. I'd never seen such agreement there before, where there was generally a USA/Commonwealth split or a divide along political attitude lines.)

To be fair, Traveler is basically the closest thing there is to Firefly: The Game. (Which is impressive given that there are like five official Firefly tabletop games.)

Oh, indeed - but I don't think you could find any Traveller adventure that had such a level of agreement. Adding the Merchant and Scout books to the earlier Mercenary really opened it up to people with a variety of interests (including myself - I get nothing out of roleplaying gun battles, whereas I'm quite happy to set myself up as a struggling entrepreneur or explorer and fiddle about with other numbers).

Serious question: If you ever walk outside in winter and slip on icy patch, would you think MRAs did it to you?

This seems like the opposite of a serious question.

Depends, is there an MRA hiding round the corner with an empty bucket of LN2?

Hi! Just wanted to say that you inspired me to write this blog post at my own blog, here:

It's not a disagreement with you, more a sort of long-winded and discursive agreement that I didn't think was appropriate to post as a comment. But I wanted to thank you for this (literally) thought-provoking post!

(Seriously, thanks so much. I had no idea what I was going to write about today.)