The Legend of Zelda The Wind Waker HD 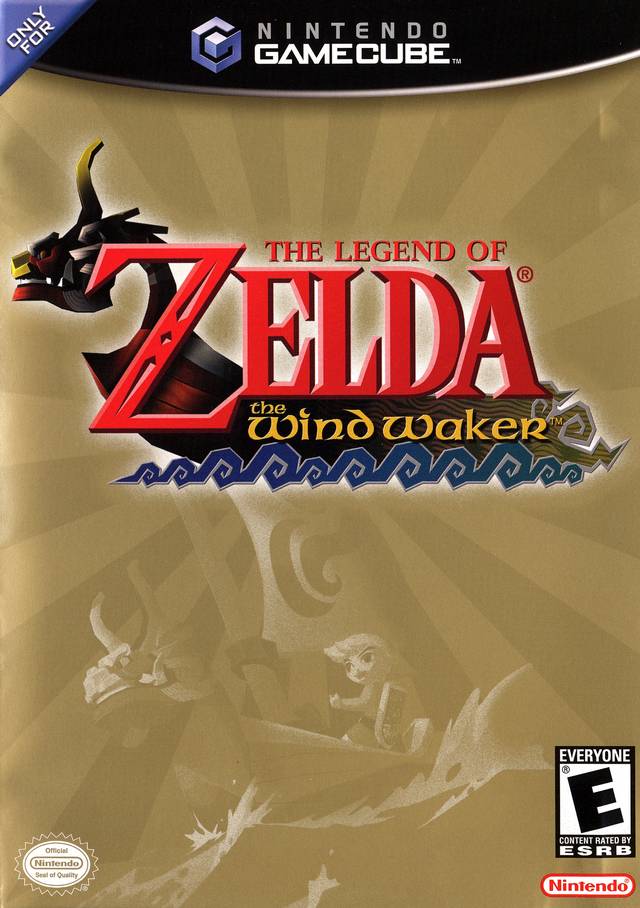 Do you ever wonder why Celtic music always sounds so sad? Because it is always lamenting something it lost so long ago it can’t even remember what it is longing for anymore.

The Celtic-infused sea shanty that scores the intro sequence to The Legend of Zelda: The Wind Waker is the overture. Singing its own microcosm, The Wind Waker’s opening gives way to a declaration of its rights and standings amongst the unfolding Legend. A tapestry of recap. No mere retelling, this Legend. This is the next part of an unbroken, continuous story. A serial. “Act 3, Scene 1” is written on the script of our experiential lives.

Sure, this is a Legend that has been passed down “from generation to generation”. All Legends must be. But this Legend is specifically The Legend of Zelda: Ocarina of Time. Elevated to the status of myth itself, Ocarina of Time‘s version of The Legend of Zelda has become a story from a distant Golden Age. The new Ur-Zelda and its vaunted status etched into the fabric of the Legend itself. But of course, it would be. Why wouldn’t it be? Ocarina of Time was the greatest and most successful of them all.

But, like all Golden Ages, this is an imagined one. And the Winds of Change blow for it, as they must blow for all things. Their story retold in the broadest of strokes from the coarsest of brushes, the Hero of Time is explicitly namechecked for the first time in a game that is not their own. And it is their absence, and the absence of the Hero archetype they created, that weighs heavy on Hyrule’s people now. After the triumphant events of The Legend of Zelda: Ocarina of Time where the Hero travelled across the ages to seal away the Great Evil wielded by the thief of the desert, the stories tell us, Ganondorf Drogmire returned to dominate Hyrule once again. The people believed the Hero of Time would return to defeat the Great Evil just as they had before, but the Hero did not appear. And why would they? While Hyrule had made that child a hero, it was not their land. The Hero of Time did not come back to Hyrule because they had returned home to Termina. The stories do not tell us this, but it is the truth. Hyrule was no longer part of the Hero’s story.

As with all stories of Golden Ages and exalted Heroes, the people of Hyrule clung to Old Myths because they did not yet have the strength to believe in the divine truths inside of themselves. And as with all such stories, the Universe Itself intervenes, enacting a change in the natural order of things to force its people to look inward for the future.

And so Hyrule at that time became a forgotten land. The Sea rose to reclaim that which was born from it. All things in time return to the sea. We are born from nature, and to nature we shall return in death.…