Here's a round-up of my Timelash II on Season 18.  I was holding this (and some of the stuff about Seasons 19-21) back because I was going to rework it into something bigger, but that isn't happening (too much else to do), so...

Bidmead's script tinkerings somewhat dilute the essential idea of a leisure planet in favour of wannabe-big-conceptual stuff... which is pretty dull and lumbering, if we're honest.

The planet fails to convince as a leisure resort, which kind of undercuts all the lengths they go to to stress that the whole race have become employees of a going concern. All that boardroom stuff where they discuss investments suddenly looks redundant. What's it there to contextualise?

The stylistic overhaul is huge, ambitious and largely successful. There's a new willingness to try stuff out. They're happy to go all dark and quiet during the scene where Timson is stalked by the West Lodge Foamasi. I particularly like the slow, melancholy opening.

Mind you, the seeds of the later-80s problems are already visible. The Doctor is now wearing a uniform, etc. 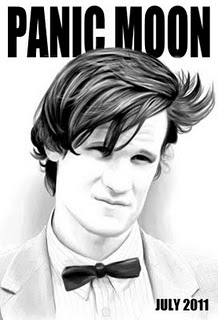