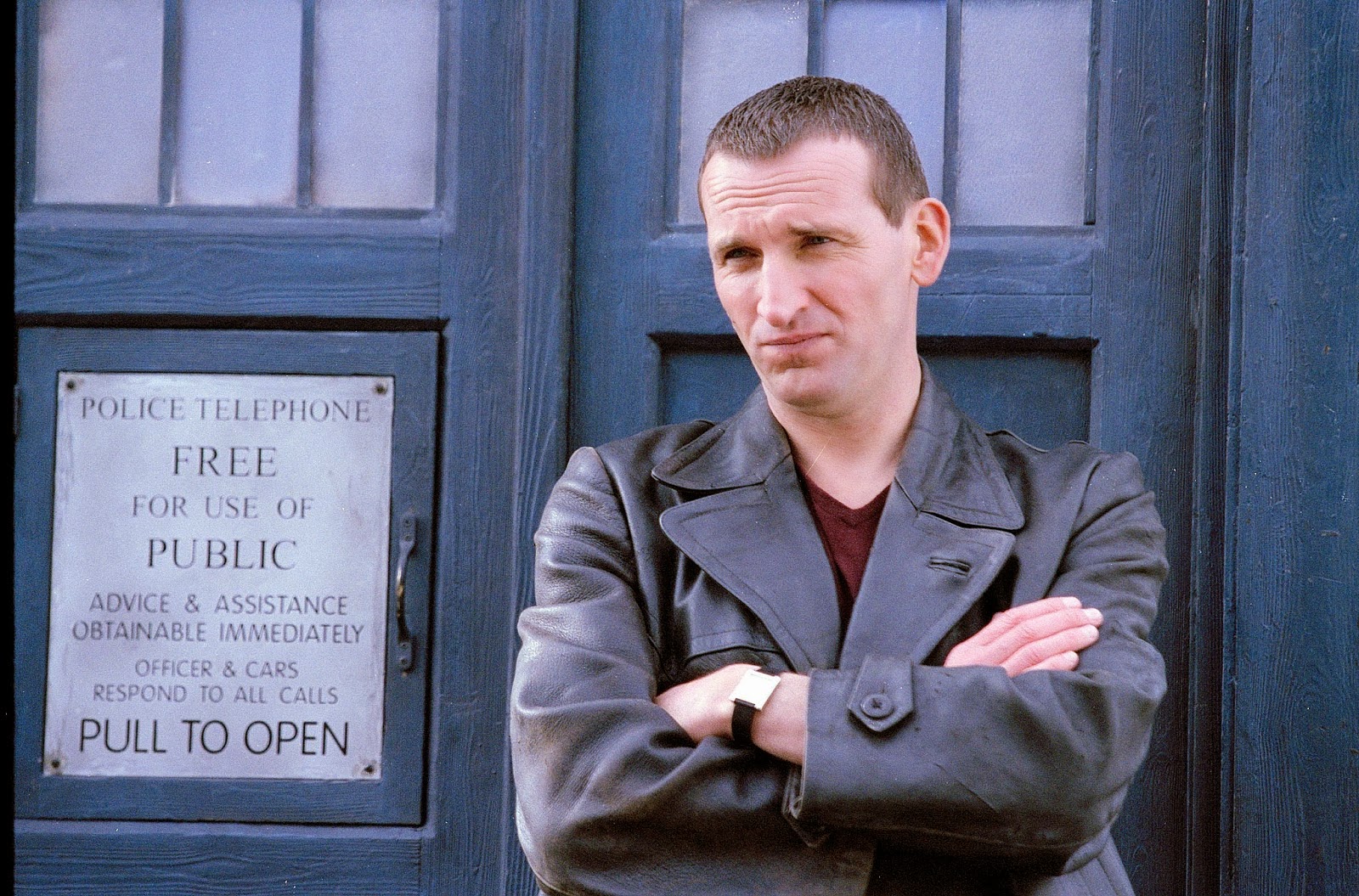 It's surprising how easily this era slips into history. On the one hand, there is nothing being said here that was not said in DVD commentaries and Doctor Who Confidential ten years ago, often by the same people. And yet there is none of the breathless self-promotion of Confidential, which is what this most obviously resembles. The imminent, thrilling need to celebrate the basic existence of Doctor Who is absent. Just as the tail end of the classic series was drained of all its conflict, this is drained of all its triumph.

For those who remember what the Eccleston series actually felt like as it happened - that is, classic series fans - this is slightly disorienting. Eccleston is basically explained as "he was a Doctor for the 21st century and not quite what anyone expected." And yet the scenes shown are exactly the ones you'd expect, with no real oddities among them. In marked contrast to the McCoy era, where we spent bizarre amounts of time on Time and the Rani, here we get Eccleston's Emmy reel.

The issue, one quickly realizes, is that this is essentially the first time these set pieces of the "Doctor Who Season ...

Outside the Government 10 (Doctor Who Confidential) 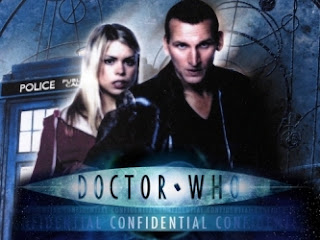 Let’s start with the end - the first season finale of Doctor Who Confidential, which culminates in a celebratory montage of the Ninth Doctor year arranged to Snow Patrol’s “Run.” To anyone with a passing familiarity with fan culture this, and a wave of similar montages across the preceding six-and-a-half hours of television is immediately identifiable as a vid, or fanvid. We could go down quite a rabbit hole here, but suffice it to say that fanvids are fan-made music videos that set clips of one or more films/television series to popular music. Many of these are just unabashed lovefests - four minutes of squee set to a Coldplay track. Others present new perspectives on the original text. Slash perspectives are of course common, as are reworkings to create new POV characters and other sorts of narrative commentaries.

There is, of course, nothing hugely innovative about this sort of thing. If we want to treat the end of Doctor Who Confidential as a fanvid then we have to allow the precedent to go back decades at the least. Putting the complete lack of effort into researching it that I want to, I can off-hand go back to the series ...

This entry should appear as two columns. If it is appearing incorrectly or unreadably, a simplified version is here, but does not provide the intended reading experience and is not recommended. Thanks to Anna Wiggins for formatting assistance.

Pop Between Realities, Home in Time for Tea 61 (Big Brother)

I could never have written this post as well as Richard Jones, and so I asked him to step in for a guest post. This is one of the best decisions I have made in the course of this project.
In 2009 everyone was hard at work writing blog articles in anticipation of ‘The End of Time’, the grand finale to Doctor Who’s Davies era. io9’s contribution took an interesting approach, offering a list of the errors the production ran the risk of making.
“Though there's absolutely no denying Davies has successfully forged a massive popular (and, to a slightly lesser extent, critical) success with his revival of Doctor Who,” wrote Alasdair Wilkins, “I'm sorry to say that I'm still not entirely convinced he's all that good at writing episodes of Doctor Who.” Yet hope remained. Perhaps Davies could learn from the mistakes the article identified and seize this last chance to convince? A key point on this syllabus of errors was the way Davies’ Big Climactic Epics interacted with pop culture. The article made it clear that it didn’t “have anything against Richard Dawkins having a cameo on Doctor Who” but ...

You Were Expecting Someone Else 23 (Only Human) 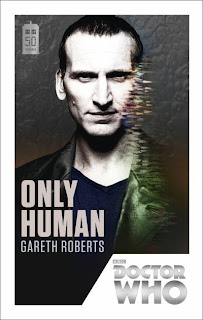 When the writers for the first series of Doctor Who were announced, they were a fairly sensible lot. It was, by and large, a particular social circle of Doctor Who fans who entered television writing in the years immediately following the series’ cancellation. All had written either for Virgin or Big Finish, and they were all only one or two degrees of separation from each other in terms of being close friends or colleagues. They reflected, in other words, a particular generation of Doctor Who creators. For the most part they were of the Virgin generation, although, as noted, all but Moffat and Davies himself had written for Big Finish as well (and Moffat had been invited to write for Big Finish, but declined because he didn’t want to write past Doctors). But for the most part they represented the writers on the good half of the Wilderness Years, and their departure as the major creative figures in Doctor Who coincided with the post-TV Movie decline.

Given all of this, there was a name whose absence from the first series writing credits stuck out a bit: Gareth Roberts. He was, after all, one of the acclaimed figures of the ...

It’s June 4th, 2005. Crazy Frog is at number one with “Axel F.” Coldplay, Akon, Gorillaz, Oasis, and Gwen Stefani also chart, the latter with “Hollaback Girl,” one of the most wonderfully awful things ever recorded. In news, Vanity Fair reveals the identity of Deep Throat, Bob Geldof announces the Live 8 concert to coincide with July’s G8 summit, and Scottish Gaelic is given formal recognition in Scotland.

The recognition of Scottish Gaelic was part of a general trend under Blair’s New Labour government towards devolution of powers towards Scotland, Northern Ireland, and, most importantly for our purposes here, Wales. The creation of devolved legislatures and a new push for use of their native languages were only facets of a larger tendency towards national pride in the countries.

In Wales, at least, another facet was the expansion of the existent BBC Cymru Wales. The BBC always had a Wales-specific arm that offered regional programming, including Welsh-language programming, and did in-house drama productions like the BBC’s longest-running soap opera Pobol y Cwm. But with the rise of the Welsh National Assembly it became terribly politic to bolster drama production at regional ...

You Were Expecting Someone Else 22 (Eccleston Comics, the 2006 Annual, Doctor Who Magazine) 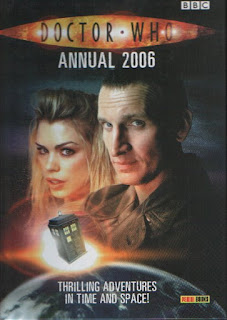 Let us pause for a moment to consider the survivors of the Wilderness Years in the general case. Big Finish, of course, was relatively untouched. We covered much of their future at the tail end of the Wilderness Years, and will check in on them a few times more (off the top of my head I can think of at least six Big Finish essays on post-2005 material that I intend to write, some as book-exclusives, some here), but the basic arc is sensible enough: they got their license renewed fairly soon after the new series started, largely through the personal intervention of Davies, who actively kept the issue from crossing Mal Young’s desk. They were forbidden from making any new series references, and in fact occasionally had characters taken away from them when the TV series wanted them, but they quickly developed their niche of the classic series.
The book line, as we’ve seen, fared rather more poorly, a final victim of the decision to take the license away from Virgin. Under a third party license they could well have survived in the same way that Big Finish did, particularly if, like Big Finish, they had a ...

It’s May 21st, 2005. Akon remains at number one for the week, though the next week Oasis takes it with “Lyla.” The Black Eyed Peas, The Gorillaz, Jennifer Lopez, and Kelly Osbourne also chart, the latter with the surprisingly non-awful “One Word.” Since the last story George Galloway, recently elected as an MP for Bethnal Green and Bow, testified in front of the US Senate over the Oil-for-Food program. On the 21st itself Arsenal celebrates the Glazer takeover of Manchester United by beating them on penalties in the FA Cup final, the first time that cup was determined by penalties.

Penalties, of course, mean that the final ran long, which nearly led to it crashing into Doctor Who, which had been moved forward half an hour to accommodate Eurovision (it was Greece with “My Number One”), and the result led to The Empty Child getting pummelled in the ratings. Actually, the entire tail end of the first season slumped in the ratings, without even a bump for the season finale. But The Empty Child, though not the series low, bore the brunt of it, becoming the only Doctor Who episode of the first three seasons to fall out ...