We've all seen him.  He's swarthy, usually (though not always) with a dark beard.  He's often wearing a fez (no, I'm not going to say it) and robes of some kind.

Sometimes, he leaves his home desert and comes to England.  He may be dressed in Western clothes and live in a house with Western furnishings, but he's got a secret room, or a shrine, or a sanctum behind a billowing curtain, in which he keeps his infernal idols amidst clouds of suffocating incense.

When he comes to England, he becomes the mirror image of the English Explorer Who Has Just Returned from Egypt (henceforth, the Explorer).  This man goes to Egypt for the love of antiquities and discovery, and comes back enchanted and bewitched by the place (by the place, mind, not the people); filling his big, wood-panelled home with Egyptiana.  The question of whether the Explorer has any right to this Egyptiana is raised only by the Egyptian Fanatic in England (henceforth, the Fanatic).

The Fanatic has come to England from his native land in search of something, some inscrutable justice ...

Mubarak falls!  The bloody dictator ruled for 30 years, backed by and representing neoliberalism and Western imperialism.  The bravery, determination, organisation and moral force of the Egyptian people brought him down in just over 2 weeks.  This leaves the torturer Suleiman in power, backed by the military...

But this is just the start. 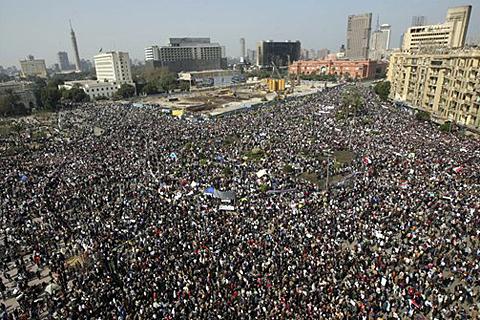