Where Spacemen Live (The Ambassadors of Death)

It's March 21, 1970. Lee Marvin continues the apparent obsession with country and western in UK music with "Wand'rin Star," unseated after only one more week by Simon and Garfunkel's "Bridge Over Troubled Water," which lasts until mid-April before being unseated by Dana's "All Kinds of Everything," the 1970 Eurovision winner. This is actually mildly controversial, given that Dana herself is from Northern Ireland, but in Eurovision represented the Republic of Ireland. (As you will recall, The Troubles, the lengthy period of unrest between the UK and Ireland, were getting into full force here). Dana is in turn unseated by Norman Greenbaum's "Spirit in the Sky." Spirit in the Sky is an interesting piece. Looking at its single cover, in 2011, it looks, frankly, redneck - a bright red cover featuring a photo of a long-haired man in front of an American flag. However in practice, the song is a vaguely psychedelic piece about the afterlife that is treated as a precursor for a lot of glam rock. Andy Williams, Kenny Rogers, Stevie Wonder, and Steam also make appearances.

In other news, the Concorde makes its ...

Eh? Doctor Who? (The Silurians)

It's January 31st, 1970. Edison Lighthouse have been so kind as to depose Rolf Harris, reaching number one with "Love Grows (Where My Rosemary Goes)." It holds number one for five weeks before being unseated by Lee Marvin's "Wand'rin Star,"  Peter, Paul, and Mary, Jethro Tull, the Jackson 5, Simon and Garfunkel, and Chicago are also in the charts, but perhaps the most interesting thing is the Beatles "Let it Be" debuting at its chart peak position of #2 in the last week of this story. Also in music news, Black Sabbath releases their first album, effectively establishing heavy metal music.

Elsewhere, avalanches and train crashes give everything a nice disastrous feel. But here's perhaps the more interesting thing. Something we have to remember about 1970 was that what we now call "the sixties" was not entirely and firmly tied to the calendar decade. What I mean by this was that hippies and the like did not simply roll over and die at the ...

I Do Tend To Get Involved (Spearhead From Space)

It's January 3, 1970. Rolf Harris is at number one with "Two Little Boys,"a version of 1902 song about the American Civil War, which is exactly what you'd expect to be at number one in the UK, yes? Other artists in the top ten include Kenny Rogers, Glen Campbell, and Elvis Presley. Rolf Harris holds number one for all four weeks this story is going on for. It's not that there aren't other things bubbling under the surface - there are. But apparently January in 1970 was a time for everyone to be mildly obsessed with the idea of American country music.

One aspect of the change to color that happens with this story is that the show cuts itself down to roughly 26 episode seasons, as opposed to the 40+ episode seasons it did for its first six years. This means in turn that the show has much longer summer breaks, having been off the air for six months now. In those six months, the Stonewall riots took place, kicking off the gay ... 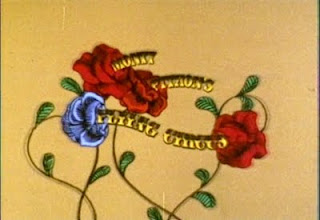 Well we couldn't not cover Monty Python, now could we? All the same, if you want to find yourself mildly taken aback by the nature of British culture in the early 1970s, consider that the first season of Monty Python's Flying Circus aired its twelfth episode, The Naked Ant, the day after the first episode of Spearhead From Space aired. Seriously. The first two episodes of the Jon Pertwee era were followed just over 24 hours later with the last two episodes of the first season of Flying Circus, both on BBC1. Superficially, it's tough to wrap one's head, in 2011, around the enormity of this - the degree to which those two weeks of January 1970 crackled with what we now recognize as real cultural fire. Upper Class Twit of the Year and the story that brought one of the most iconic images ever from Doctor Who are literally from the same week (although the iconic shop dummies attack sequence was, to be fair, in episode four of Spearhead).

The question is whether this is simply a nifty coincidence or whether there's actually some fundamental understanding about Britain at the dawn of the 70s to ...