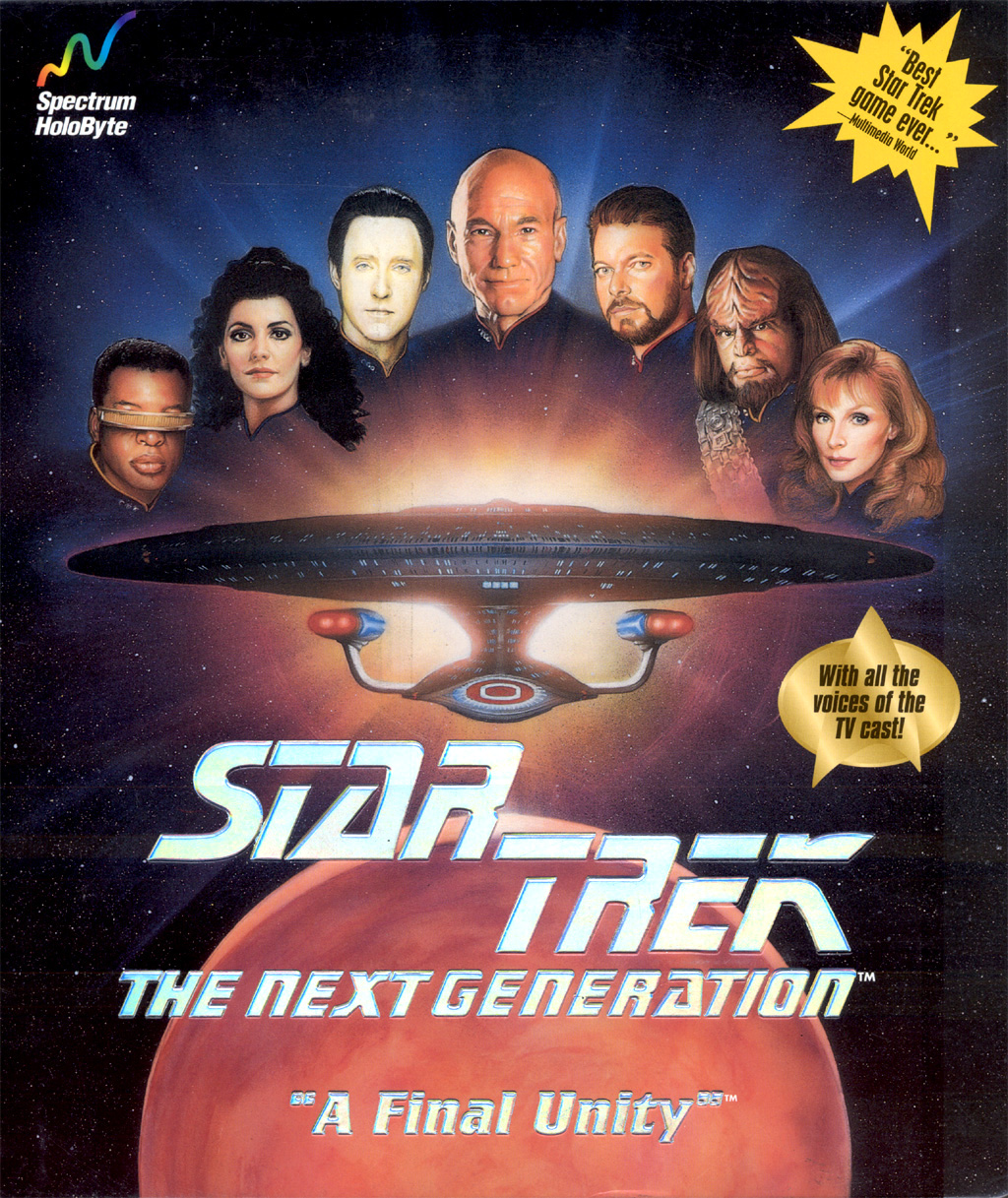 We've talked at length about the odd role the PC plays in the history of the video game medium in this project before. In brief, my argument goes something like this: Despite the fact the first widely available interactive electronic games were made as programming experiments for personal computers, they're not, broadly speaking, “video games” in the way I personally conceive of them. There are two discrete traditions that make up what we call “video games” today, and a lot of the tension in video game culture probably stems ultimately from this: One comes from those early PC programming experiments and is largely European in origin, stemming from what is called bricolage couture in French. A branch of this took root in the United States where it syncretized with the liberalism-inspired New Age and Hippie movements ...

Flight Simulator: Star Trek: The Next Generation - Future's Past/Echoes from the Past (Super NES, SEGA Genesis) 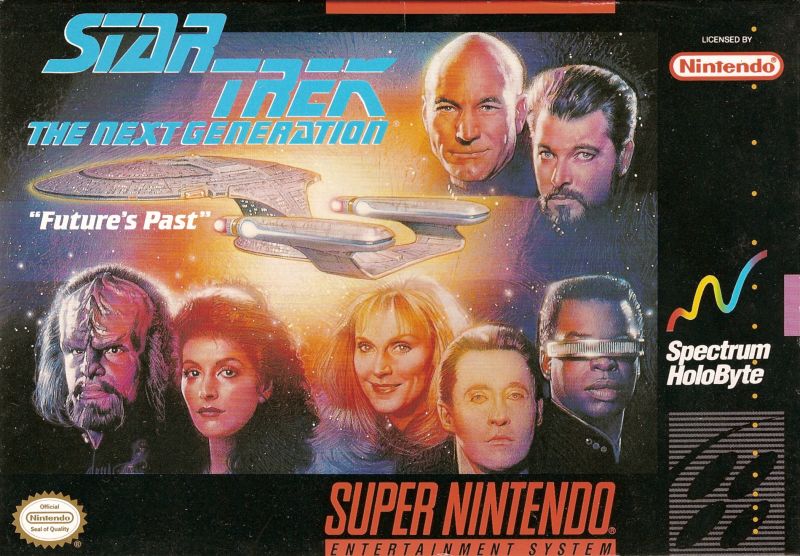 Thus begins the odd, postmortem life of Star Trek: The Next Generation.
It's interesting how Star Trek: The Next Generation and Star Trek: Deep Space Nine only seemed to increase their cultural capital after the TV shows themselves were cancelled. 1994-1996 can in some ways be read as the peak of their popularity, with their syndicated reruns capturing the world's attention almost more than they did in their initial run. Really the only comparable case study on this front would be their predecessor. And the tie-in media and parody works reached a creative fever pitch right alongside them: Although there was a brand new Star Trek TV show and film series in the works, it's the franchise's Long 1980s output that seemed to to hold everyone's imaginations the strongest.
This was an odd period in my own life and personal fandom because of this. I'd read “All Good Things...”, and Star Trek: Deep Space Nine Magazine wasn't in stock in my corner market anymore. As far as I was concerned those shows were thoroughly done and over...Yet Playmates' toy lines for them soldiered on for two years more. The ...