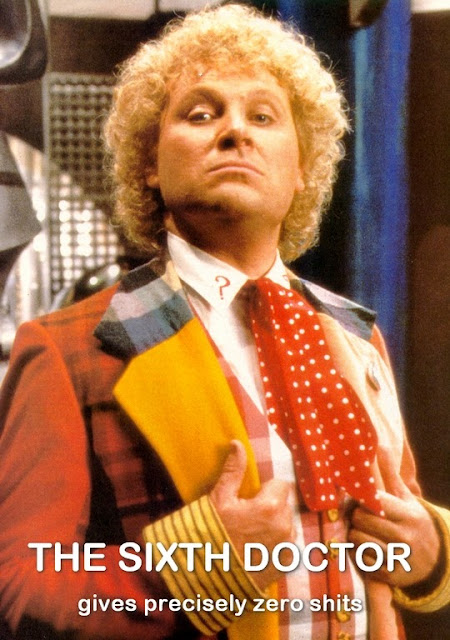 How to Write a Steven Moffat Script

AMY: Ah, hello oldest and best friend who I've never mentioned before for some reason.

DOCTOR: Yes, and now I will make a double entendre that could just about be interpreted non-sexually by a forum casuist who is trying to win a debate with someone who says Steven Moffat is obsessed with proving that the Doctor is an active heterosexual. Because, however much he wants us to know that he's a sexy shagging randy lad who likes girls and sex, Moffat also has an inner core of nerd.

ENEMY: Hello, here are some evil monks with no heads. They can't be reasoned with or persuaded. Because they don't 'reason' like the evil old Doctor. And they have no heads. They've cut their own heads off. Geddit? So, no brains on these monks. By choice. DO YOU SEE?

AMY: Oh my God, they killed my wonderful impossible man who is centuries old and had a box (the Pandorica I mean), etc. I mean Rory even though I seem, for some reason, to be framing my remarks to sound like I mean the ... 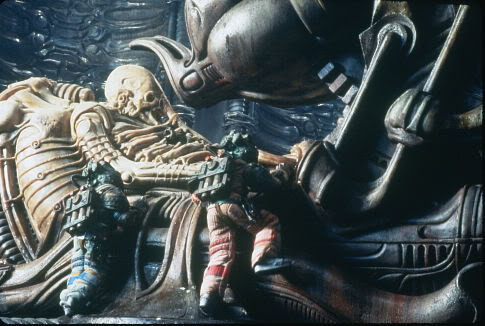 Acres of irrelevant grumbling about the Series 5 finale.


Oh great.  River's back.  Again.  Un-yippee and un-hurrah.  Still, Moffat must have his opportunity to present female characters as self-involved, smug enigmas who lead men around by their noses, put them through hell for the sake of hapless devotion, boss them about and remain pretty little puzzleboxes that men have to try and solve.  In these episodes, he does this with no less than two man/woman couples.

The first episode is just loads of portentous narrative procrastination, albeit to a less egregious extent than 'End of Time' Part 1.  There is some pleasure to be taken in the cobwebby, Indiana Jones-film look of the underground chamber, and River's pleasantly spooky trip to Amy's empty house... but, really, how generic is all this?  A secret chamber under Stonehenge?  An ancient artefact that has something scary inside it?

Mind you, they could've turned it around if the contents/purpose of the Pandorica hadn't been so obvious right from the start.  I can honestly say that I knew, ages before we were told, that the Pandorica would either ...

There (was) one of those ‘10 worst Doctor Who stories ever’ threads currently doing a brisk trade over at Gallibase at the moment and, yes, the fires of list fever and whingeaholism burn in my geek heart also, so here’s mine.

My criteria are nothing to do with bad acting, bad effects, shakey plots or anything like that. I can usually tolerate those with a grin on my face. I’m looking for stories that betray the central ethos of the show, that embody or exhibit cynicism, crass commercialism, cliché, group-think, xenophobia, anti-intellectualism and silence or ignorance about things that matter.

Here are my ten rotten eggs, in no particular order.

1. ‘Victory of the Daleks’ - or, to give it its proper alternative title – ‘Merchandising of the Daleks’. Of course, the Daleks have always been an intensively milked cash cow, but this squalid episode brings the cynicism involved to a new subterranean low. The production team have not only redesigned the Daleks, they parade the (ugly) redesign in a selection of vibrant, collectable primary colours. Gotta catch ‘em all, kids. This sort of thing has always gone on, but to see it done with such obvious and slick calculation ...