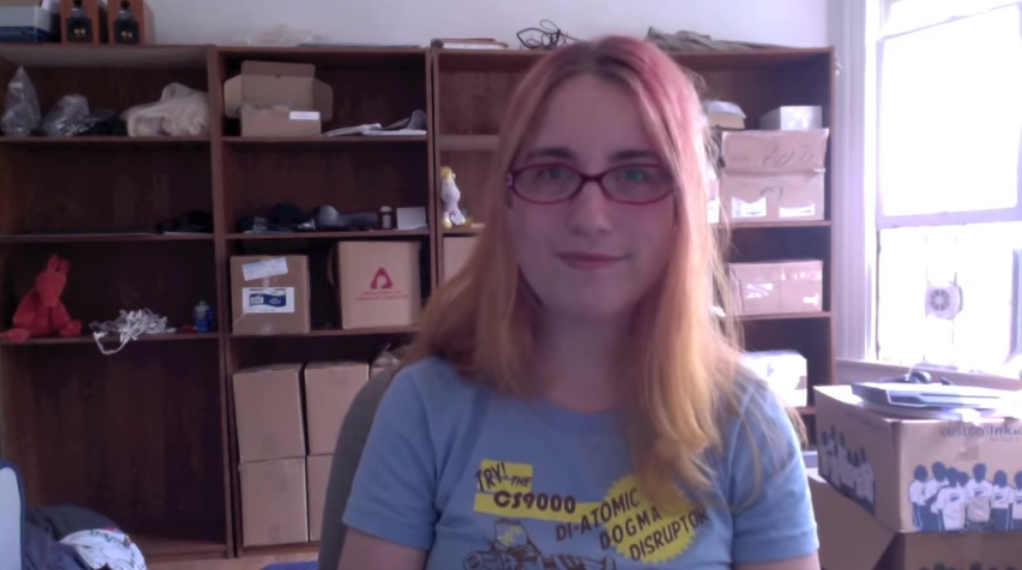 Okay, let's examine this in what some might say was far too much detail.

Reason is sexy because one conventionally 'attractive' woman reads books by Christopher Hitchens, Richard Dawkins, Sam Harris, et al, and throws away a Bible.  In the nude.

1.  It is assumed that this picture - i.e. the person in it - represents 'sexiness'.  But the whole concept of what is sexy is subjective - far more so than is admitted by consumerist media culture, to which this image owes its entire idea of sexiness.  The image is catering for only one idea of what is sexually alluring: the idea of the straight, cis-het male.  He's probably assumed to be white as well.  The image, including the person in it, is arranged for the gaze of this intensely privileged group.  This is 'reason'?

2.  Because one sexy person is an atheist, that doesn't make Atheism itself sexy.  Systems of thought, ideological doctrines, persuasions of belief, scientific theories and hypotheses... in short: ideas... are not open to judgement based on the perceived ...