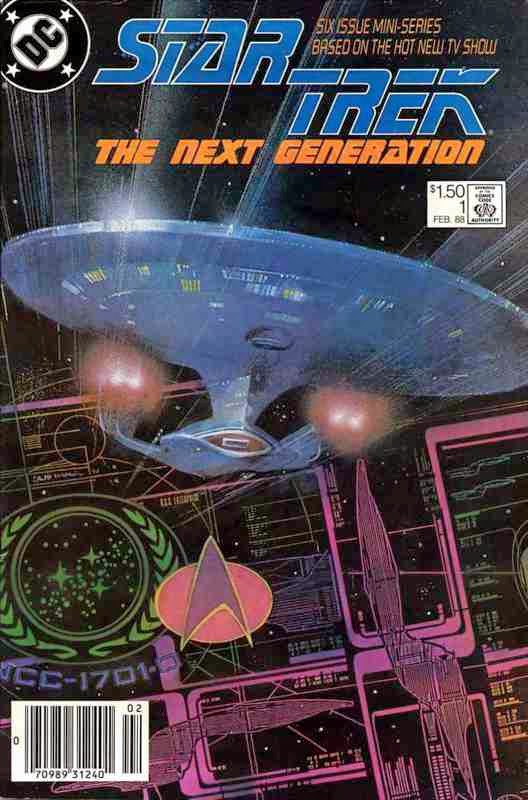 As we discussed last time, much of the initial tie-in merchandise and spin-off works based on Star Trek: The Next Generation were created before the actual show was so that they could actually tie in to things. This poses an interesting case when discussing things that are actual textual narratives, as it means the authors are working with prototypical assumptions about the characters and setting, and are as a result operating from the exact same position of uncertainty as the people working on the show itself are.

DC's first Star Trek: The Next Generation comic book, a six issue limited series that ran from Fall, 1987 until Summer, 1988, is one such work. The first issue, “...Where No One Has Gone Before!”, was quite obviously penned before “Encounter at Farpoint” had aired (as you can probably guess just from the title) and is endlessly fascinating because of it: The characters are all drawn from broad-strokes assumptions about what they'd be like, presumably because the creative team only had access to Gene Roddenberry’s writer's guide. Captain Picard suffers the most from this, being even grouchier, angrier and more stringent ...