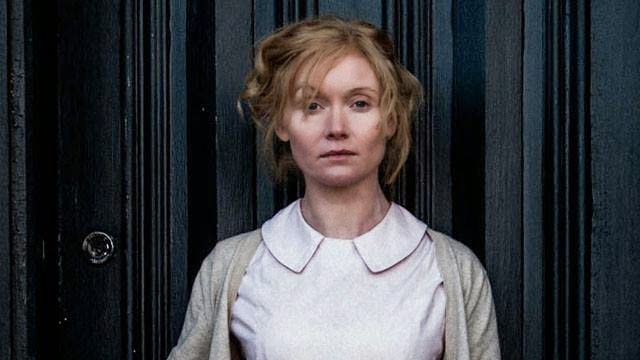 Skulltopus 10: How Green Was My Death?

'The Green Death' is a ghost story.  Doctor Who itself may actually be best described, from one standpoint, as an anthology of ghost stories.

Firstly, let me defend my notion about 70s Doctor Who sprouting Weird tentacles when it notices (and thus needs to evade and/or signify) capitalism.  'The Green Death' is clearly aware of capitalism and, sure enough, shows signs of Weird inflection.  (I'm aware, by the way, that I keep talking about the show as though its alive... a form of commodity fetishism that I'll address some day.)

Apart from anything else, there's a dirty great tentacle in 'The Green Death'.  It's only in it for a few seconds, during the Doctor's abortive trip to Metebelis III, but still...

As in 'Curse of Peladon', this is the tentacular riding in on past associations... however, it can't be said to work quite the same way as previous tentacles in the Pertwee era.  This tentacle is clearly not obscuring any potential thematic convergence upon the subject of capitalism, as in 'Spearhead from Space' and 'Claws of Axos'.  Nor is it standing in for implied ...

Skulltopus 4: Attack of the Plot-Device Monster

The tentacle was already well established as a staple of monsterology long before Doctor Who was even a glint in Sydney Newman's eye.  When Who selected the tentacle as its semiotic method of evading/signifying capitalism  - as I'm going to argue that it did in the 70s - it selected it from a pre-existing toolbox full of potential signifiers.  But it didn't suddenly stumble upon the octopoidal.  It had encountered tentacles before, albeit only occasionally.

On the whole, the show's early years are pretty thin on tentacles... but there are quasi-tentacular manifestations in 'The Keys of Marinus' (the Brains of Morphoton have stubby little almost-tentacles), 'The Dalek Invasion of Earth' (the Slyther) and 'The Web Planet' (the Animus).  The only proper octopus monster in this era is the Mire Beast from 'The Chase'.  It lives underground and exists solely to provide a way for our heroes to escape from the Aridians without deliberately sentencing them all to Dalek-death.

Oh look... bar the Animus, those were all written by Terry Nation.  Hmmm...

By this point (the early 60s), the 'novum' of the tentacle had passed, but it had entrenched itself in the grammar of Western ...


There is something very gothic about Doctor Who, in the hauntological sense.  I mean that the show keeps on doing monsters that represent, in various ways, 'the return of the repressed', monsters that represent buried anxieties, or anxieties that we have attempted to bury.  But the monsters tend to be steadfastly material in quite straightforward ways... and to embody material, social, historical nightmares (fascism is a big one that immediately suggests itself).

It's important to stress that this isn't a contradiction, as such.  Indeed, in many ways, it's 'business as usual' for the gothic.  You can't get more hauntological than vampires, but they tend to be interpreted as representing deeply materialist concerns, from veneral disease to monopoly capitalism (and, these days, teen romance... which is about as materialist as anything gets).  However, while they may represent material, social, historical anxieties, vampires are not straightforwardly material.  They are, like most classic gothic/hauntological monsters, profoundly spectral - or at least ab-physical.  They dissolve in sunlight, cast no reflection, can appear and disappear at will, can physically transform into bats or wolves, can reverse physical time by becoming young again after feasting, can defy gravity by crawling down ...

The Empire of Vanilla

Some things I've noticed about 'Spearhead from Space'

There's a lot of wood in this story.

This suggests a contrast, a conflict even, between older forms of production - the appearance of the hospital, and the Seeleys' cottage, suggest artisanship - and newer industrial technology and mass production, represented by the factory and the evil plastic which creeps out of it.
There are lots of workers in this story.  There's a Nurse.
There's Mullins.
There's a workman in the street, talking to the copper before he investigates the (off-screen) breaking of shop windows (implying the role of the police as protectors of private property and business).  There's the guard at the front gate of UNIT HQ.  There's the guide at Madame Tussauds.
There are the workers in the plastics factory.

Skulltopus 3: Yes, We Have No Macra

If any monster in the history of Who was ever a gothic, hauntological thing embodying the 'return of the repressed', it was the Macra.

All the ostentatious happiness of the Colony is there to cover unease.  They know there’s something wrong, otherwise why deny it so desperately?  Why would the Colony go to such lengths to contain and silence Medok unless he was speaking the unspeakable truth that everybody else wants to deny?  The Macra haunt the Colony, scuttling around at night, hiding in the shadows, unseen then glimpsed and then disappearing.  They haunt the people, who all know about them (even down to having a name for them) but claim to disbelieve in them.  They represent repressed knowledge that is insisting upon being remembered.  This is pure gothic.

But... they’re also a bit Weird, in the sense of the ‘Weird fiction’ of early 20th century horror (something I've discussed in previous Skulltopus posts).  William Hope Hodgson, one of the greatest Weird writers, used giant crabs a lot in his peculiar and deeply unsettling maritime tales.  As previous noted, the author China Miéville has written that the ...

Further to this post, in which I sketched out the ideas of the author China Miéville concerning the relationship between the tentacular and the Weird, and the superpositioning of the Weird and the hauntological in monsterology (please read that before you read anything below), here's my first attempt to look at Doctor Who through that lens.

'Horror of Fang Rock' (1977) seems like an obvious first port of call.  Set just before the First World War (in other words, in the years of the rise of the semiotic octopus, just before the explosion of the Weird), the Rutan is a tentacular monster, though the tentacles are rarely seen and, on the whole, the creature seems more like a jellyfish (even down to its "affinity with electricity").

It seems to be a manifestation of the nebulous electrified military modernity that the character Reuben so resents and fears.  It seems permeated with technology through its affinity with electricity.  It uses the generator, speaks of its ability to shape-shift as a "technique" and leaves bits of its own alien tech all over the place, including a "signal modulator" that chimes thematically with all the concentration on the lighthouse's wireless telegraph ...