The Doctor, Romana and Duggan have found a painting hidden behind a panel in the basement of Count Scarlioni's house in Paris.

"It's the Mona Lisa!" says the Doctor.

"Must be a fake," replies Duggan.

The Doctor says he doesn't know what's currently hanging in the Louvre, "but this is the genuine article".

Duggan's astonishment increases when the Doctor folds back yet more panelling to reveal yet another Mona Lisa.  And another.  And another.  Eventually, six identical copies are revealed.

"They must be fakes," says Duggan again.

"The brushwork's Leonardo's," the Doctor asserts, "It's as characteristic as a signature. The pigment, too."

"What I don't understand is why a man who's got six Mona Lisas wants to go to all the trouble of stealing a seventh."  (The Count has been casing the Louvre, preparing to steal their Mona Lisa.)

"A close equivalent to Brutalism's avant-garde quotidian is in the work of the BBC Radiophonic Workshop.  Banham makes a more than punning connection between the techniques of concrete brutalism and those of musique concrete, in that both are based on the use of manipulated found objects, both have a disdain for harmony but not for structure.  The Workshop applied musique concrete to TV jingles, soundtracks, mundane everyday sound.  What made both so valuable is that they were so totally immersed in everyday life.  Switch on the radio or walk out of the door to find yourself in a new world." 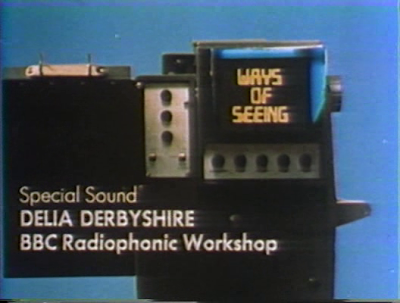