“And love, having no geography, knows no boundaries”:The Defector 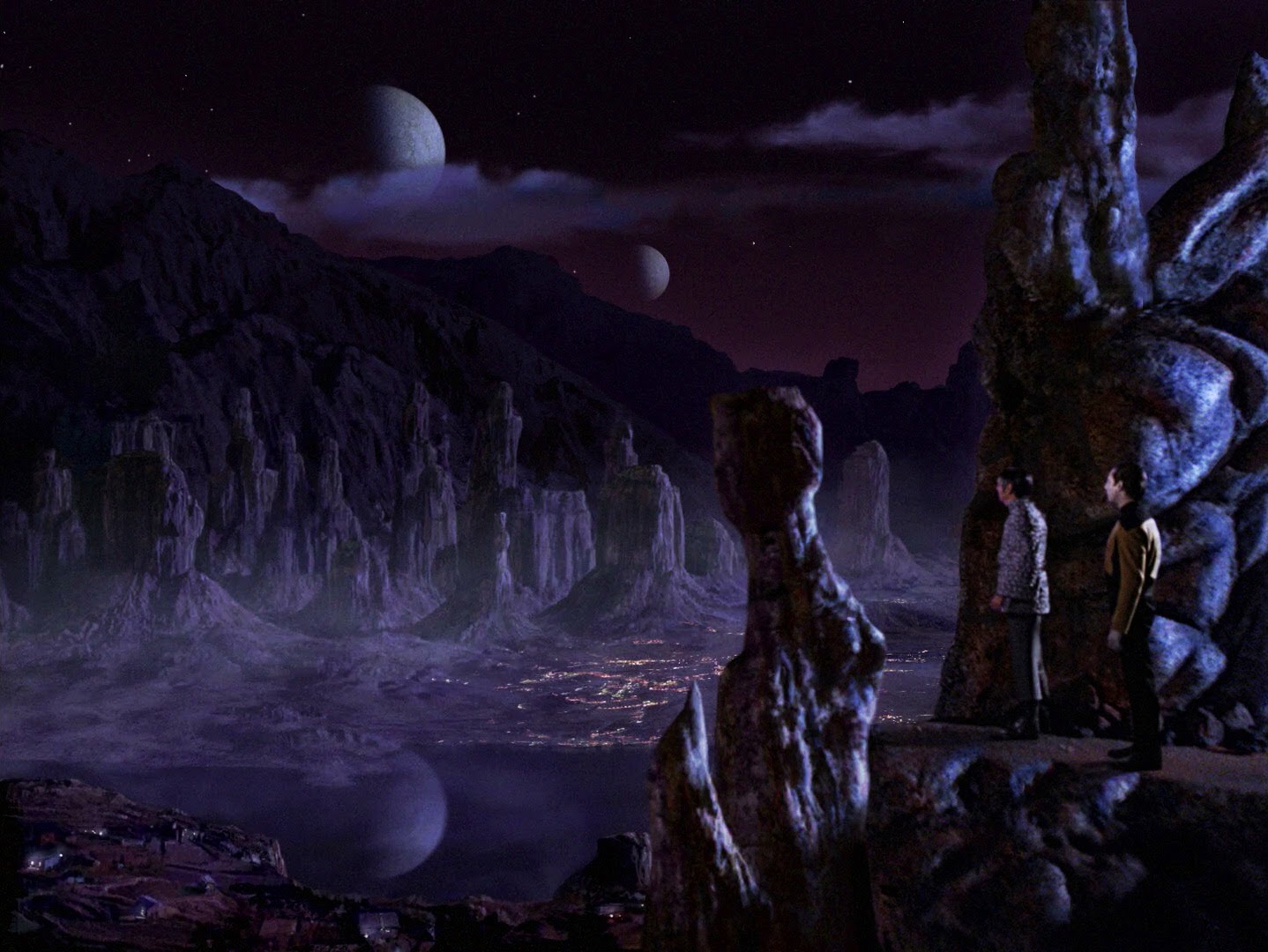 The worst parts of “The Defector” are what it inherits from “The Enemy”.

I mean that very sincerely in a number of different ways. This is another story dealing explicitly with Romulan culture and politics in an era of heightened tension with the Federation, and while it's a more than decent one of those, it is hamstrung by its attempts to wed its continuity to “The Enemy”. What this does is reveal both how much of “The Enemy” actually really was a misfire, but also the dangers of relying too much on continuity in the first place as, you know, simply ignoring “The Enemy” wasn't an option here (both in terms of common sense, as we've just done another Romulan runaround two weeks ago that I suspect most people are fonder of than I am and also because that's never something this team, who much prefer to link new episodes back to old ones if the opportunity to do so presents itself than not, ever would have done).

So the Romulans are once again ...

“That would take us in the wrong direction”: The Vengeance Factor 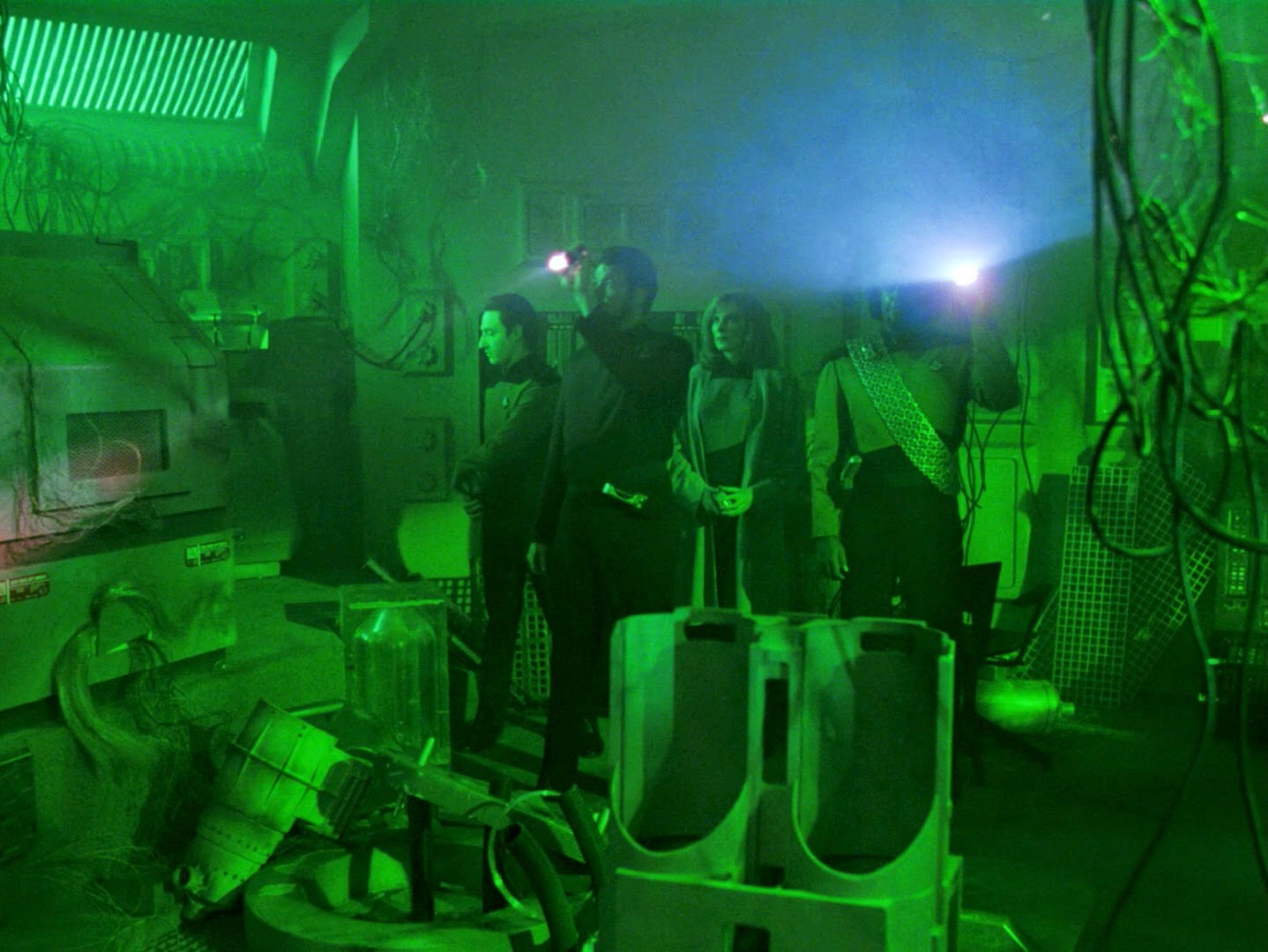 Another episode that tends to go curiously underappreciated during the otherwise fan-favourite third season, “The Vengeance Factor” has always been one of the most memorable episodes of the year for me, and this time for good reasons. It's partially because this is another episode I saw quite a lot of and have very fond memories of, but also because I happen to think it's fantastic.

It starts out with what is, for my money, one of the most unforgettable opening sequences in the series: Commander Riker, Doctor Crusher, Worf and Data make up an away team beaming down to an imposingly alien looking planetary settlement. There's a palpable sense of mystery and foreboding perfectly accentuated by the terrifically eery green stage lighting as the team picks through the rubble of the bombed-out research centre. There's no Captain's Log to provide blase exposition, just a cold open with the team already on a head-start to a situation they know more about than we do. “The Vengeance Factor”'s opening moments really are a design triumph: That matte painting actually has a famous pedigree, as it's the same ...

Stable wormholes! Galactic quadrants! Trade negotiations! Sexy romantic tension! The Ferengi! Almost feels like we're on another show, doesn't it? Unfortunately, looking at “The Price” just made me wish I actually was watching Star Trek: Deep Space Nine instead. Or really anything other than this.

I would have so many questions about this episode were I actually inspired enough to bother to ask. Why is everybody treating majestic celestial phenomena like natural resources under late stage capitalism? According to their own ideals, the Federation should be staunchly opposed to any kind of wheeling and dealing involving the Barzan wormhole unless they've been lying to us through their teeth which, OK, but the Enterprise crew at least shouldn't be on board with this plan. I can't think of a *worse* group of people to host these negotiations: They should be firmly arguing for the wormhole to be left in the galactic commons where it belongs. This isn't even me just projecting my own ideology onto the show-The whole philosophical model the show's universe is built on is ... 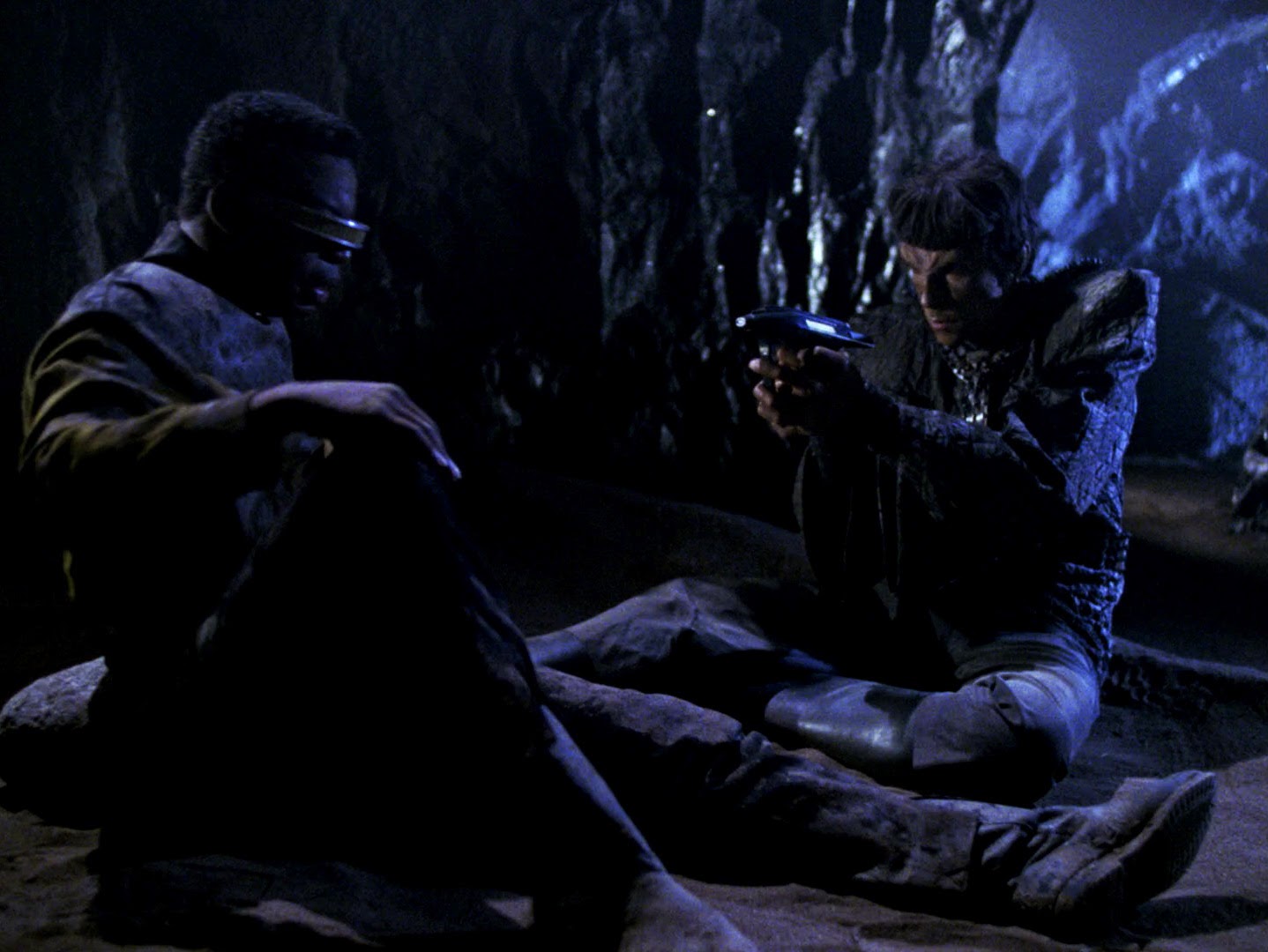 Now that we're living comfortably(?) in a post-“Q Who” universe and we all know who the Borg are, this leaves Star Trek: The Next Generation with the troublesome task of figuring out what to do with the Romulans. Their reintroduction in “The Neutral Zone”, after all, was not exactly the most graceful of affairs, and they are hampered somewhat by having their one big story arc scuttled by the writer's strike. Even if it hadn't been though, the simple fact is that decoy bad guys aren't really needed anymore once the real bad guys show up.

The thing is though, we have to be extremely careful when we talk about the Borg in this context, because even this early the creative team was keenly aware that they were something you only bring in on very rare and momentous occasions to preserve the impact that goes along with their presence. More esoterically though, it's still the case that even though they seem like they were envisioned as such and all the official literature ... 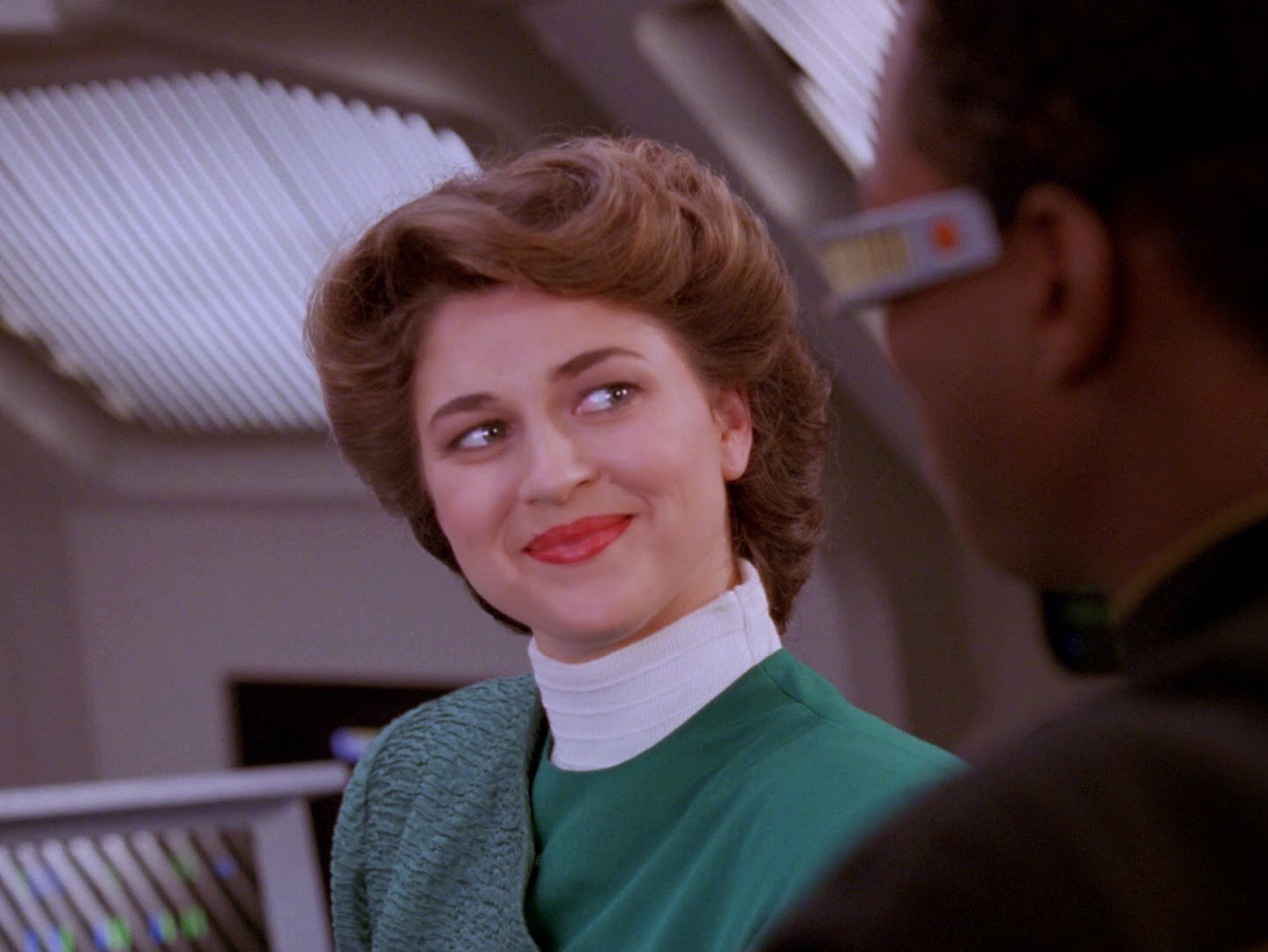 If Star Trek: The Next Generation's new mission is to explore utopian themes through the interiority of its characters, than it's reasonable to expect one of the first things it would do with this new mandate is to try and clearly reaffirm and rearticulate who those characters and what their accompanying positionalities actually are.

“Booby Trap” then is a good example of Michael Piller's philosophy is it pertains to the show going forward and is very indicative of the sorts of things that are going to define Star Trek: The Next Generation in general and the third season in particular. Although kickstarted under Michael Wagner's tenure, it's a script that Piller and his team comprehensively rewrote and it passed through an impressive number of hands before making it to screen which is going to be kind of the norm from here out. But because of this, it gives us a fairly clear look at the creative differences between the two third season teams: Wagner's version of the story would have had Captain ...

“A family doesn't need to be related”: The Bonding 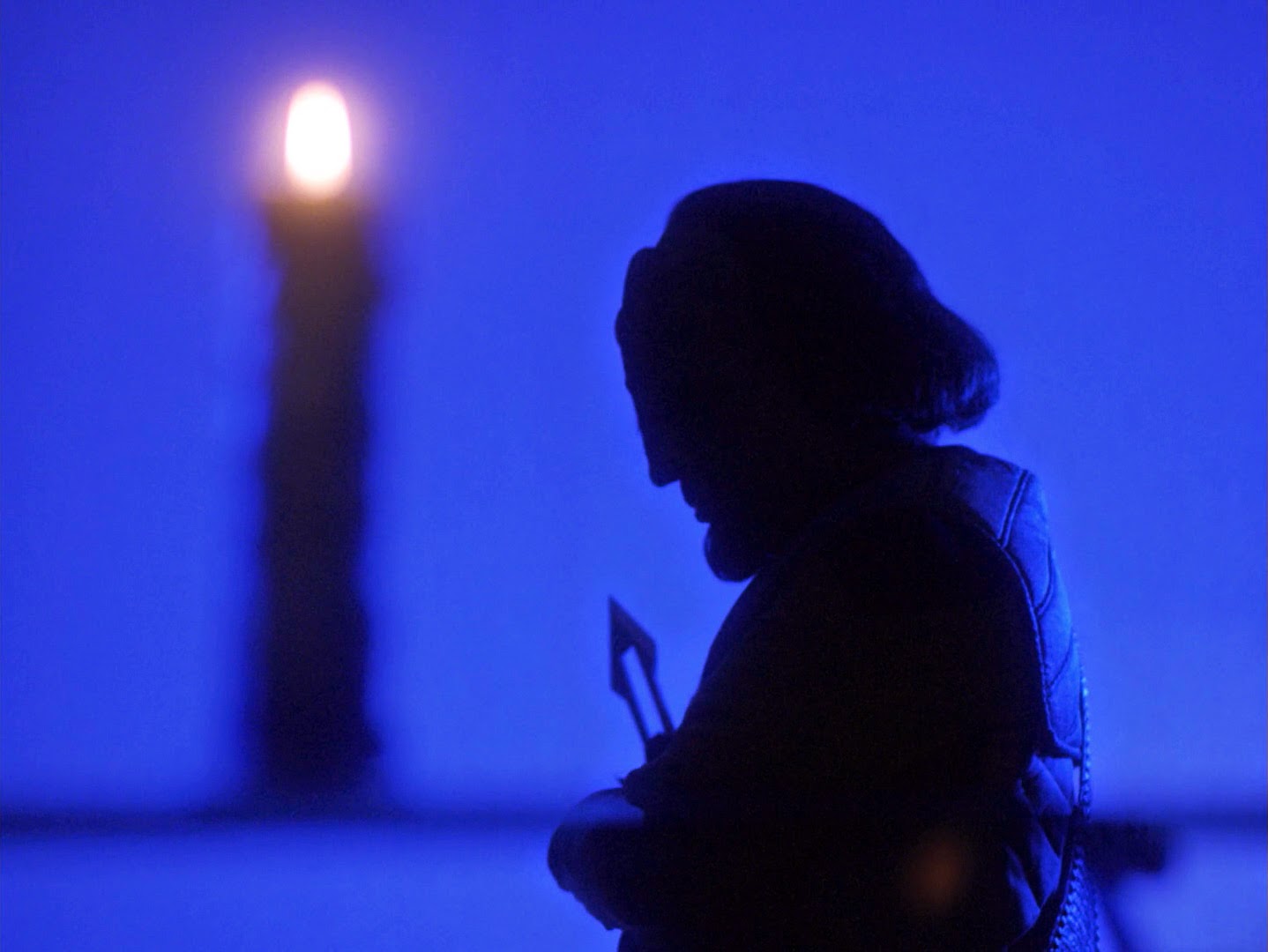 This is one of those marquee episodes that gets breathless amounts of critical acclaim, always tops fan lists for best episodes and is always held up as being a decisive sea change for the show. And all that praise is absolutely deserved. Oh yeah, this one is absolutely brilliant. More than that, it's perfect. It's about as perfect a blueprint for how Star Trek: The Next Generation should work and a self-demonstrating example of that structure in action as exists. But why precisely “The Bonding” works as well as it does and its true impact and legacy not just on this show, but on every Star Trek series to come, is actually surprisingly deceptive.

“The Bonding” is the end result of the early intersection of two forces new to Star Trek: The Next Generation. It's of course Michael Piller's debut as head writer, and it's also the inaugural offering from the first new bit of creative blood Piller brought onto the show: One Ronald D. Moore, future Dominion War architect and Battlestar Galactica ...

“Off the Verandah”: Who Watches The Watchers

There should be an entire genre of Star Trek story called “Star Trek Does Not Understand How Anthropology Works.”

So the obvious problem with “Who Watches The Watchers” firstoff is that it's a Prime Directive story, which means it sucks. It also has a kidnapping subplot, which means it sucks even more and I also hate it for that. But what really arouses my ire is that for the first time Star Trek explicitly connects the Prime Directive with anthropological fieldwork which...no. No, no, no, no. You know that one person who's so specialized in a certain field they get irrationally upset when bits of pop culture misrepresent that field through innocent ignorance? Yeah, I'm pretty much that person when it comes to anthropological methods. I'm sure everyone has their own justifications for getting incensed over stuff like this: Because we've dedicated a lot of our lives to working with and studying it, we think things like particle physics or paleontology or thermodynamics or ballistics or whatever is The Most Important Thing In The World and that when TV shows get it ...

“The needs of the one”: The Survivors 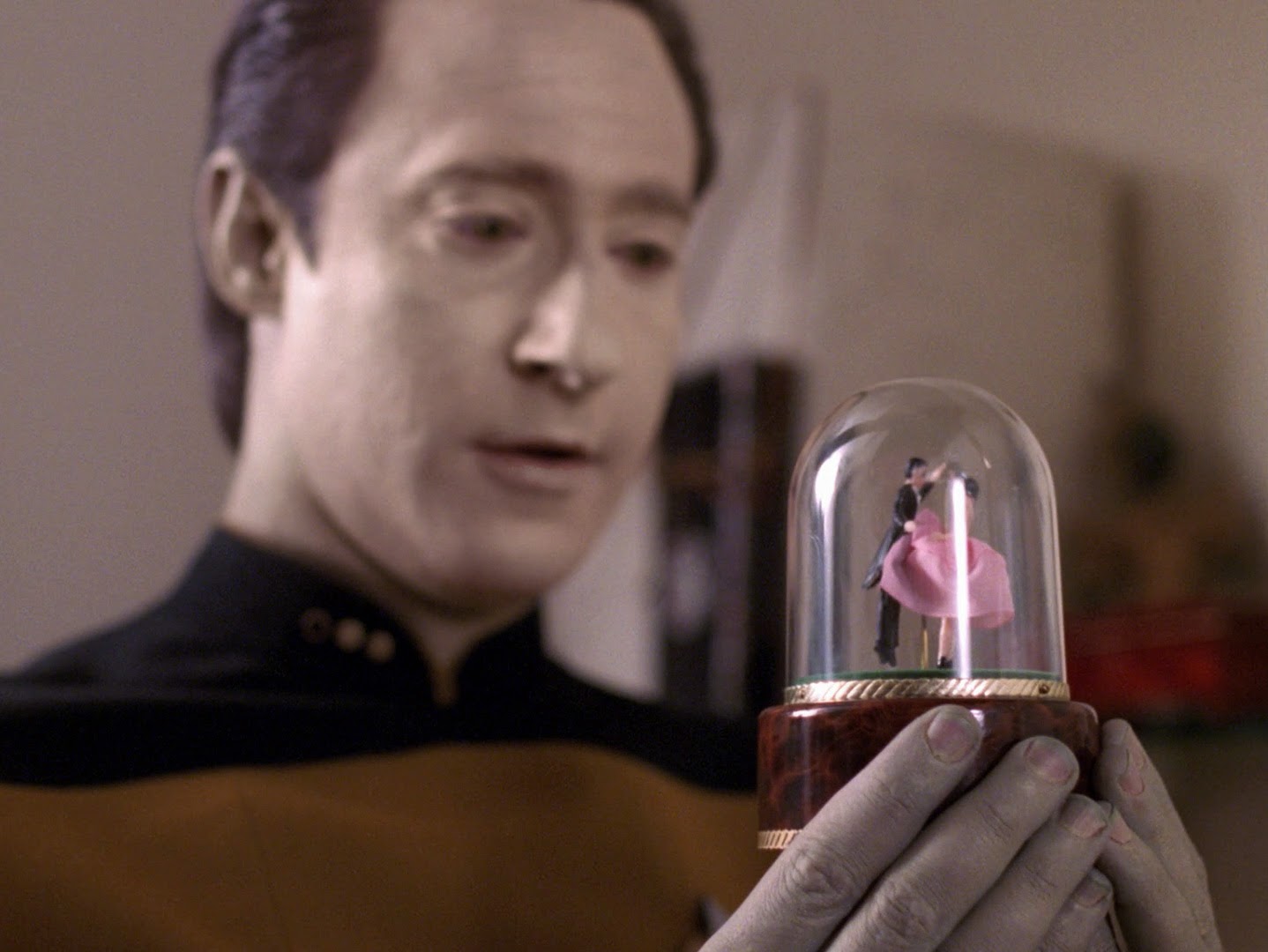 Even though “Evolution” is the big watershed debut of Michael Piller, it's nowhere remotely near the case that everything after it can be safely called part of the “Michael Piller Era” or that we're now comfortably in the period of Star Trek where everything is Right and Good and Doesn't Need To Be Talked About Anymore. For one thing, Piller isn't even on staff yet: Michael Wagner is technically still head writer and co-executive producer, him having managed to get two other stories after “The Ensigns of Command” and “Evolution” into production before fleeing the scene-This one and the next one (as well as banging out an *extremely* early rough draft of “Booby Trap”). Essentially, even though we're now in the period that's frequently cited as the Big Star Trek Golden Age...None of Piller's trademark innovations are actually visible ...