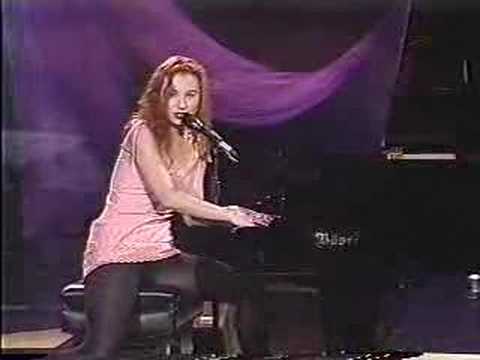 “Feel It” is an exceedingly intimate affair, the only song on The Kick Inside to have no session musicians. It’s Bush alone at her piano, saying “no props this time, just hear me play.” “Feel It” is one of the more realist tracks on the album — rather than teaming with mysticism or high concepts, it has a fairly common down-to-earth situation: a one-night stand between two people who don’t know each other very well. “Well, it could be love/or it could be just lust/but it will be fun/it will be wonderful,” sings Bush. It’s a song of pure hedonism, consequence-free and absorbed in the moment.

Notable is how “Feel It” takes The Kick Inside’s approach of youthful attitudes to adult subjects to its zenith. Its tone is secretive, subtextually whispering “be quiet — this is a sacred moment.” It’s relatively low tempo, with the piano guiding the song in a lugubrious, creeping G minor (with unexpected appearances of F minor and B diminished), almost laughing anxiously with an upward turn on “a little nervous laughter.” To hear a young female British singer to sing so frankly about matters like this in the Seventies must have been astonishing at the time. There’s a sense Bush is as nervous as she is giddy to be writing a song like this and putting it out on a major label.

As Zoey Peresman points out, “[Bush] stretches out the word ‘more’ with her inimitable voice for as long as she can, mimicking the sound of a woman in ecstasy.” Bush stresses the sexual nature of the song, punctuating the calls of “feel it” with sharp “ohs,” making it clear how far she’s taking this exercise.

For a Seventies song about love-making, “Feel It” is unusually explicit. Bush equates sex with music, using phrases like “synchronizing rhythm” and “keep on a-tunin’ in.” She marries her skill at crafting melodies to her love of the sensuous with remarkable ease, but adds an extra factor to the mix: bluntness. (For a similar song, listen to Tori Amos’ astonishing track “Icicle.” Really, play the two songs back-to-back. You’ll thank me later.) The clear references to penetration and other sex acts (“feel your warm hand walking around”) are startling by themselves, but Bush provides them with rhythm, quietly singing the verse and makes the chorus a burst of passion. By the end she trails off with “see what you’re doing to me,” as a song like “Feel It” must. It’s one hell of a track, an underrated Bush triumph of the Seventies. Let’s hope it surfaces on more “best of Bush” lists soon.

Christine Kelley writes about speculative fiction and radical politics from a queer revolutionary perspective. Currently her main project is Nowhere and Back Again, a psychogeography of J. R. R. Tolkien's Middle-earth. Her first project was the now semi-retired blog Dreams of Orgonon, a song-by-song study of Kate Bush.Support Christine on Patreon.
I Don’t Speak German, Episode 9 – Mike Enoch and ‘TDS’ Pop Between Realities, Home in Time for Tea: Mr. Robot