Posted by: Elizabeth Sandifer 7 months ago 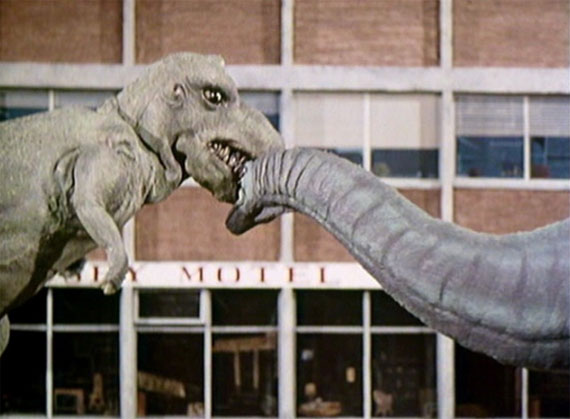 The Masters of the Earth (The Green Death) 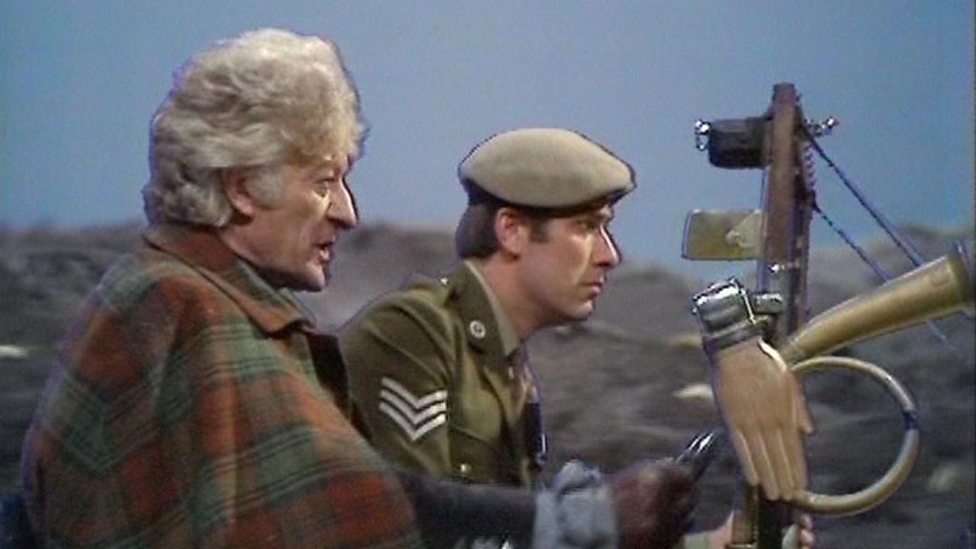 It’s May 19th, 1973. Between now and June 23rd, forty-eight will die in a plane crash in India, six will die in a pair of IRA bombings in Coleraine, thirteen will die in Argentina when snipers open fire on protesters in the Ezeiza massacre, and six year old boy in Kingston upon Hull will die in the first fire of Peter Dinsdale’s near decade-long spree of arson. This relatively sparse major death toll masks the steady progression of the world towards the eschaton. Also, The Green Death airs.

The Green Death offers a genuinely uncanny trick of perspective—like one of those lenticular images that shifts as you move in front of it. One second it’s the most 1973 thing imaginable, a cornucopia of glam semiotics. The next it’s a strangely contemporary thing, with concerns that have not aged a day. The obvious explanation for this is that very little has changed in forty-seven years—corporations continue to be killing the world according to the logic of a supposedly dispassionate algorithm. Sure, the climate crisis has edged out industrial waste and the sheer size of the computers has ratcheted downwards, but the basic concerns really are the same. We knew ...

A Vermin Race (The Sea Devils) 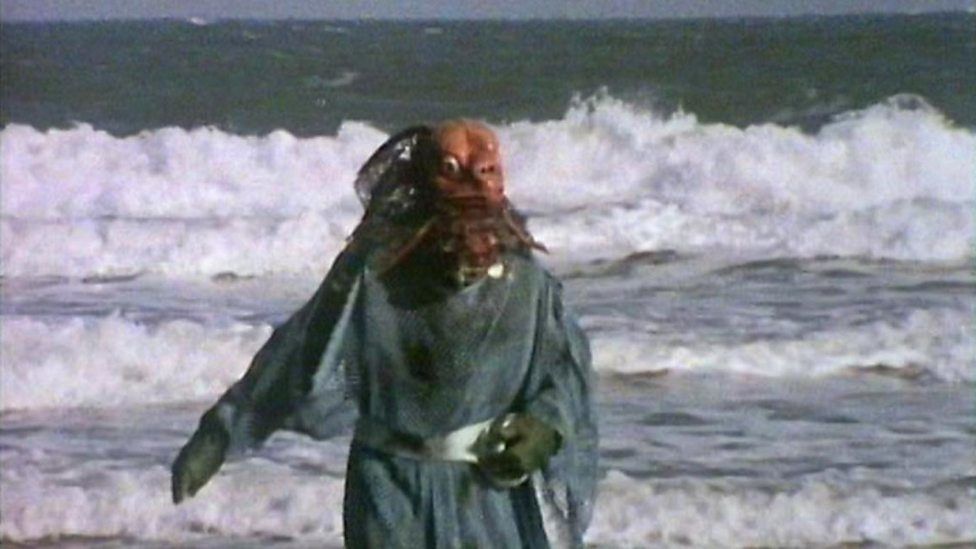 It’s February 26th, 1972. Between now and April 1st, 125 will die in a coal sludge spill in West Virginia, 19 will die in an avalanche on Mount Fuji, and the Easter Offensive wll begin in the Vietnam War, lasting into Octoer and resulting in somewhere between fifty and a hundred thousand deaths. In addition, M.C. Escher will die in a hospital in the Netherlands, the world will inch ever closer to the eschaton, and The Sea Devils will air.

Within the innate conservatism of the Pertwee era, Malcolm Hulke remains one of the most interesting figures. At one point in his life, he was a member of the Communist Party, and while this membership at some point lapsed, he appears to have been a lifelong socialist and leftist. And yet the era of Doctor Who he’s associated with is one of its most resolutely conservative. More to the point, his stories are not the ones that most challenge that tendency. Three of his Pertwee stories are earth-based military action pieces that trend away from the era’s nominally progressive glam instincts. The other two are space-based stories displaying the most uncomplicated liberalism imaginable. The overall impression is of the ...

I suppose there’s nowhere to begin other than the big reveal, given that it is by an outlandish margin the single worst lore reveal in the entire history of Doctor Who. Making the Doctor the secret origin of all of the Time Lords is absolutely appalling—the sort of “the main character must be the center of the mythology” crap that Doctor Who is historically at its best when it rebels against. Instead of being the schlubby mediocrity who ran away and stumbled through becoming a hero without ever realizing that was what they were working towards, the Doctor is now the Most Specialist Time Lord That Ever Did Time Lord, with magic powers above and beyond the other Time Lords and origins stretching back beyond even the days of Rassilon. The series is now committed to an endless parade of reveals about the secret history of Gallifrey, all of which the Doctor was apparently there for. It’s genuinely terrible—a reveal that takes the dumbest instincts of the Virgin era and strips off the brakes and hedges. It’s not the Other but the Doctor themself that’s at the heart of Gallifreyan history now. It’s as if the Cartmel Masterplan fucked the ... 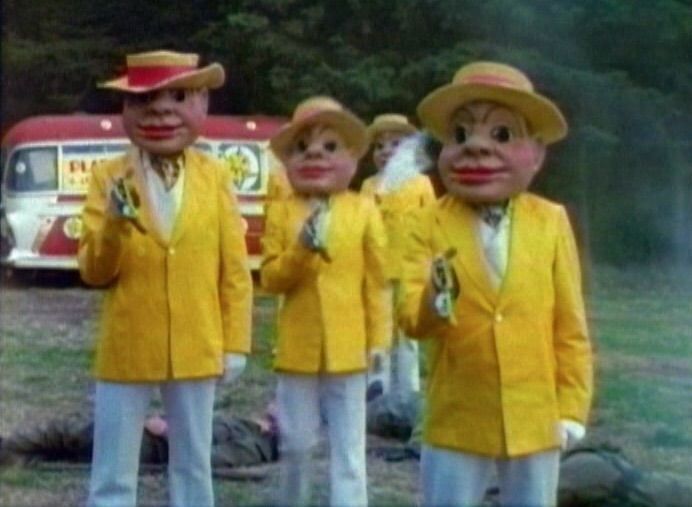 Ascension of the Cybermen Review

And so Chibnall, having egregiously whiffed the one-part finale structure (no shame in it, nobody else has ever made that work save for Moffat who cheated by having Heaven Sent work as a sort of first part), decides to fall back on a proven structure. This is not always a balm for Chibnall, who often seems to struggle with understanding how and why tropes work, instead simply faithfully repeating them shorn of key bits of context like a man in an increasingly bizarre quest to demonstrate how Searle’s Chinese room thought experiment might work in practice. Ascension of the Cybermen plays into that tendency, certainly. But there are relatively few misplaced steps compared to other Chibnall efforts. And this isn’t entirely because Chibnall is playing on easy mode. Yes, the basic structure pioneered by Moffat and Davies—a sense of mounting tension leading to a story-breaking reveal—is one of the easier ones to get to work, with the real challenge being in the back half. But Chibnall declines to go with the sort of zero frills monster runaround that he could have, instead interleaving the seemingly entirely disconnected story of Brendan the cop. 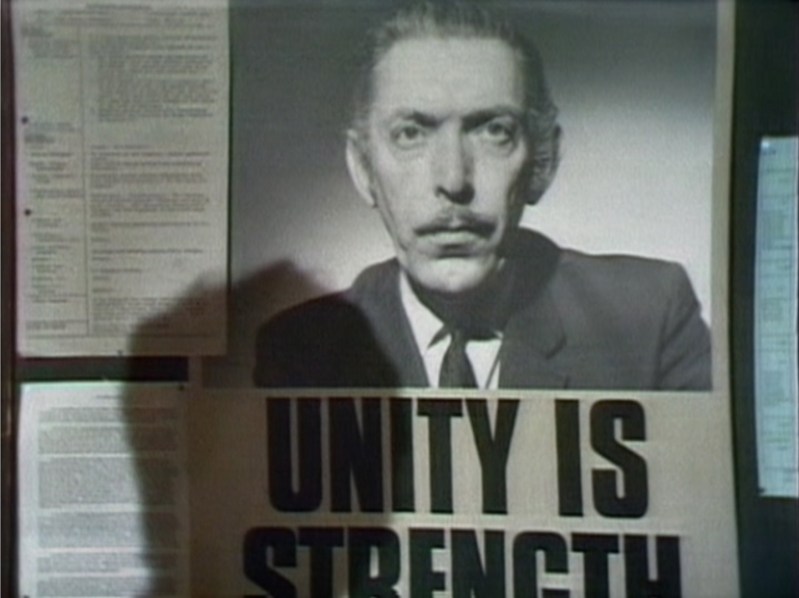 The Haunting of Villa Diodati Review

OK, so it’s a highlight of the Chibnall era. It features several of Jodie Whittaker’s best moments as the Doctor. It has an effective sense of mood and creepiness throughout. The arrival of the Cyberman at the halfway point effectively turns the entire story on its head. It uses the Cyberman well, drawing more body horror out of the concept than anything since… OK, since the last Cybermen story, but it at least has the decency to acknowledge that the Capaldi era actually happened, and anyway, this is getting an appreciably different sort of body horror off the concept. Despite having the oversized TARDIS crew and a large supporting cast, everyone actually feels like they have a character and gets at least one clear-cut moment to themselves. And there’s a bevy of clever bits—the skull and hand in the cradle is one of the best jump scares in recent Doctor Who memory, and giving Shelley a vision of his death is poetic and unsettling. Oh, and the Cyberman quoting Shelley is magnificently fucked up. Really, this is not merely competent, it’s well-executed. If the show were this well-made every week I wouldn’t be a burnt out and ...