Beyond the Police 1 (The Adventures of Ms. Smith and the Curator) 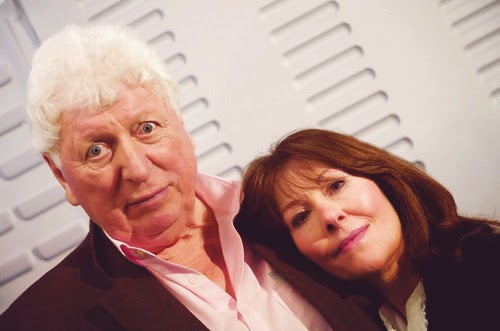 Anton B 6 years ago

You're full of surprises Doctor.

I mean Dr.Sandifer but of course it applies to both. ;)

Wonderful. I realise this will probably be a one-off...but I'd love to see some kind of continuation, or something similar to this style.

That was really depressing in the same sort of way visiting a grandparent in a palliative care ward is depressing.

Anton B 6 years ago

This was a really enjoyable detour but may I critique? Sorry to nitpick, I loved this but it needs some proofreading e.g.

The gag with the steering wheel would work better if you'd first established that it was the Curator who was driving. I had to reread that passage a couple of times to picture what was happening. Although the rhythm of the piece was, I suspect deliberately, uneven this was effective to create a sense of achronistic events but sometimes, for me, it worked against the poetry of the writing and became just a list of names and descriptions of what people were doing and thinking. Overall I think it suffers from a little too much canon referentiality at the expense of narrative style. Although, given the context and target readership that's forgivable.

I loved the dialogue with "... I stopped counting years eight faces ago. Or I might have been lying. There was the Scottish one. And the Punch and Judy man. And Merlin... I don’t remember, really.” and the line about the coffee being 'journalist strong'. Are you going to develop this further or is it intended as a one-off?
Sorry if that was too critical. I'm in fiction writing mode myself at the moment and, possibly some of the harshness I'm applying to my own work has bounced onto yours.

Good story, but I have one nit to pick:

"...pulling a bag full of candy from his pocket"

I have never known anyone say 'candy' in the UK. We say 'sweets', as in sweet shop (candy store) or boiled sweets (hard candy) and so on. So your sentence should read:

"...pulling a bag of sweets from his pocket"

Unless, of course, you don't mind signposting that the story was written by an American.

I wonder what colour the sweets are.

That was really, really lovely. And suddenly I find myself wanting to follow the audio adventures of Professors Trelundar and Malone - those two would get on like a house on fire.

I hope you're happy having made me cry at work.

Loved this. Nothing more to say. :)

So, you know how you mentioned on Tumblr that this didn't seem like a good fit for the books?
What on Earth are you thinking?

And, of course, The Doctor found a way out of it.

I completely agree. And it should come with a 'Secret of Alchemy' style explanatory essay to boot.

Wow, that really hit me this morning, listening to some old layne staley singing and doing artwork.

I will fully have to admit that i know professor trelundar, but i'm missing who malone is.

"I will fully have to admit that i know professor trelundar, but i'm missing who malone is."

ah yes, of course. the tears obscured my vision there.

Saving to read later but the first thing I notice:

The dental clicks used in the Worldsphere (and, as far as I know, in Xhosa itself) are represented by !q, !x and !c - there's no !d.

Mainly that it's probably not a good idea to profit directly from this, even with all the 90s BBV-style name changes.

I'm OK with this addition to canon.

I don't think there's a lot of point in pretending I'm not American, no.

Ombund - is there anything specific you're wondering?

Along the same lines, "gotten" is also not contemporary British English. You'll find it in the king James bible, and I know it's not a pure Americanism, but still...

The piece: Nicely melancholic. Autumnal, even. Thank you.

All right - are you going to tell us how it's pronounced? :)

Well, it is after all a better story.

That was one of the most beautiful tributes I've ever read. Thank you.

Beautiful and perfect. Thank you.

Gorgeous. Even if I only half get some of the references, I loved the tone of it all. And lovely to have posted it at this point in the project. Thanks.

Along those lines, Dorothée is a pretty good solution to the question of what Ms McShane calls herself among friends these days.

As an aside, I was a casual fan of the Game of Thrones programme on telly, which we all know is:

- Is softly based on the War of the Roses, with the serial numbers filed off and dragons etc. added in;

Given this, it came as a complete surprise to me when I read the first book and one of their characters "fell on their ass" and I suddenly realised George RR Martin is an American! Took me right out of the book for a few minutes, it did!

That was beautiful. And I'm intrigued by elements of the backstory, like "Professor Malone" being a former Lord President, or the People drone that shares a name with Kadiatu.

And Lord President Vardelay, which I've only just worked out.

Ordinarily stories like this, where practically every line is a study in fanwank, fall utterly flat with me.

This one, however, is perfectly lovely. I guess it's aided by the general melancholy around it, and the notion of just how many people would help the Doctor-I mean the Curator, I don't know why people keep doing that-in a time like this more than justifies the name drops. Well done, sir.

Well, I think I got most of the references and I at least understood that several of the ones I didn’t come from the New Adventures side of things, but it’s more the case that I think there could be a nicely lyrical explanation of the games you’re playing with the Doctor Who mythos here and why you’re doing it. Similar to the Three Doctors explanatory essay, which explains things but also makes its own points as well. I was just thinking aloud really!

Oh, there was one thing – who’s Lord President Vardelay?

Could you help me with that one?

The confusion around the gag with the steering wheel struck me as deliberate - we're told Captain Boe has a look of horror on his face when the Curator turns to look at him, and then we learn why.

"Lady Vera." It's a reference to the Doctor Who / Alice crossover episode in 1978, when Beth Howland helped the Doctor defeat a second Axon invasion using hot fry oil.

He's very much like Sir Estram from "The King's Demons", but a different person as you'll see.

I wonder if his true identity is as well hidden from the high council, or if they're complicit in his deception again...

This is absolutely lovely. Thank you.