Outside the Government: The Curse of Clyde Langer 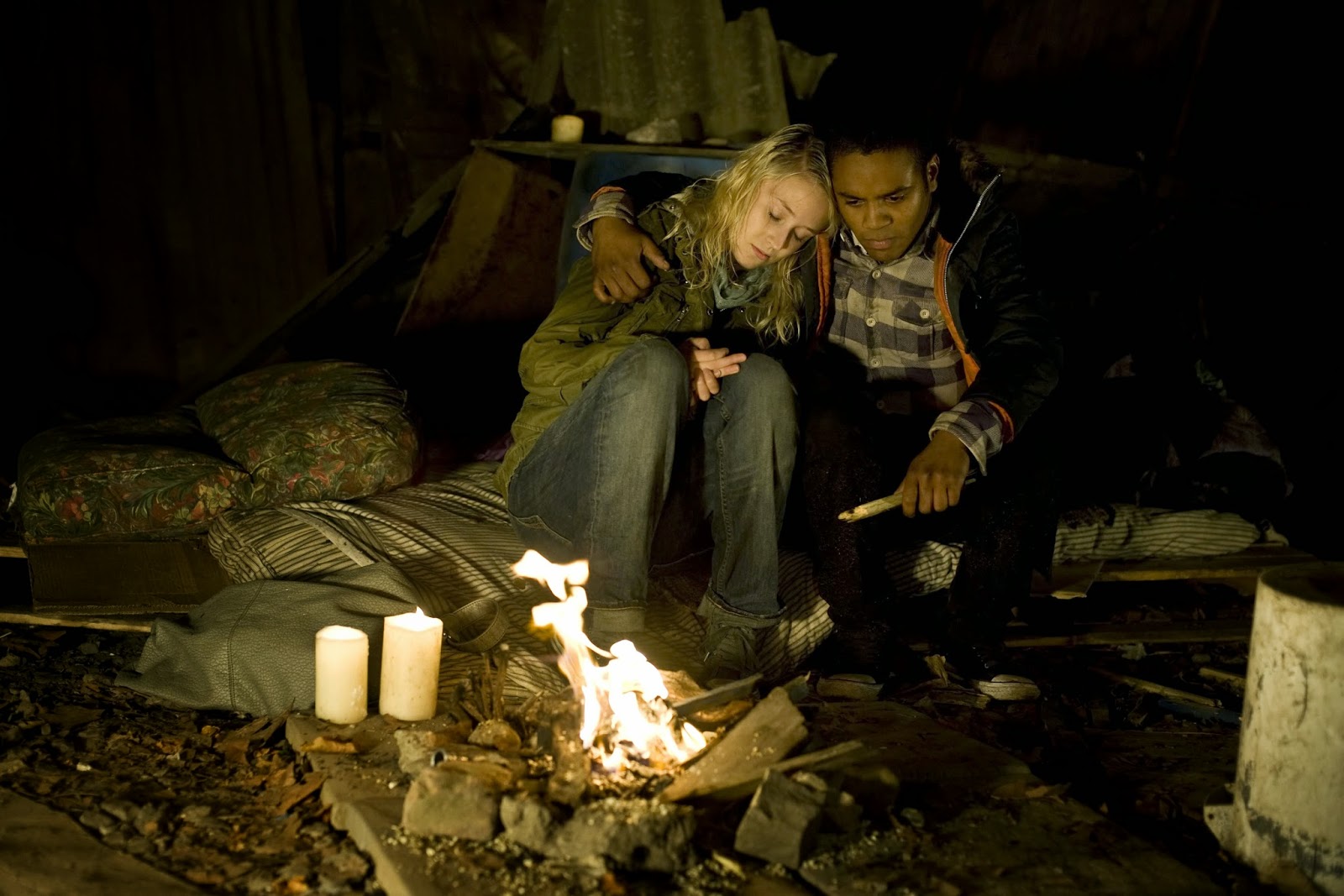 Rihanna is at number one with “We Found Love,” a song whose video, consisting of shots of London, provides a perhaps unintentional but amusing sense of what is meant by “a hopeless place.”

It was filmed in Belfast.

Yeah, it was filmed in North Belfast. Generally in the New Lodge, a heavily Catholic, heavily poor area. I went to school there, and my dad grew up there. In fact the school I went to us in the video for a few moments.

I was surprised by the negative parts of your reaction, as I found this story just about perfect. What you wanted Sarah Jane to do is what the episode does. And the dissatisfaction the viewer feels at the unresolved ending seems to me to accomplish what you're asking for far better than Sarah Jane making a speech about it -- which is why I think Ellie's being unfindable is a much better ending than having Mr. Smith find her. (And in fairness, what would he look for? He has no photograph of her and doesn't know her name.) I don't think leaving a problem unsolved in a story is a counsel to leave problems unsolved in real life -- here at least, it's a spur to solve them.

As for the psychic's hints that the Night Dragon is bad, it is for Clyde. She's foretelling that he'll lose Ellie, who'll think he abandoned her.

Agreed. For me, this is probably the best story of any Doctor Who spin-off. The way the issues, of homelessness and street living are addressed by this episode of a 'kids show' would put many adult dramas to shame.

I'm going with the crowd, here. This is probably my favourite SJA story, and I too thought it highlighted the problems of homelessness well. I'd have to watch it again to answer the charge that Sarah Jane should have said something about writing a story about it; that sounds reasonable, but I'm not sure it wouldn't have been more of a distraction than anything. This wasn't Sarah Jane's story.

For an Anglophile, that's probably as bad as mistaking West Sussex for the Highlands of Scotland...

I think Phil is just programmed to find offense if an episode doesn't go as far as he wants to make a social message; same thing with "Night Terrors", remember?

I think it rang hollow for me because of how much artifice and narrative expediency there was in pulling Ellie and Clyde apart. The result felt like a moral lesson forced by the author, instead of anything extending out of the characters.

Less mistaking and more remembering a fact wrong from years ago. Fixed, in any case.

In what sense is the notion of Belfast as a "hopeless place" amusing, and why would it be presumed to be unintentional?

Well, it's unintentional inasmuch as the song is widely read as being about Chris Brown, with the hopeless place not being tied to literal geography at all.

Amusing inasmuch as I find a location-shot video adding a vague half-meaning to a song that consists, basically, of declaring the location a hopeless and awful place funny, albeit bleakly so.

Oh, don't worry Iain, everyone in Belfast found it hilarious.

And I have now caught up! I've been working my way steadily through this excellent blog since April, I think, and have been informed, intrigued, irritated, irradiated and intellectualised in equal measure. I have been commenting here and there, most memorably (for me, at least) on the League of Gentlemen post. Phil, you have written a true meisterwork here, and I'm only sad that I've been financially unable to support you in your many endeavours.

I'm also thoroughly enjoying The Last War in Albion; Grant Morrison's Zenith, from 2000AD, has very strange memories for me, as I was in hospital when it started, having been run over by a car. So, looking forward to the time when Morrison's work is covered in more detail, with the relevant scans of 2000AD covers.

On topic, I felt that this episode was excellent, all in all. Yes, I can see where you're coming from, Phil, in that Sarah Jane's response was a bit... surprising given her career, but people have been doing worse things than ignoring the plight of the homeless for years in the name of journalism. In any case, this is really Clyde's story, and it is to Daniel Anthony's credit that it's a story that works so well in spite of any perceived failings (although my motive does indeed vary on that score).

So, thank you, Phil, for providing me with months' worth of pleasure, and I look forward to reading your thoughts as they come hot off the press as it were.

This section of Eruditorum is interesting for me. I have yet to watch the final few episodes of the Sarah Jane Adventures. After Elizabeth Sladen's death, I couldn't face it immediately, and since then, I've been hoarding her days like Kazran Sardick in A Christmas Carol. I couldn't quite accept the prospect of never seeing Sarah again, so I have never gotten around to seeing her final stories. The files are sitting on my hard drive, waiting for me.

These entries may prompt me to break down and actually watch them finally.

I keep reading that as Anthony Daniels, which always disappoints me. He would have fit perfectly in a fourth doctor story, I feel.

Are we going to have an "Outside the Government:" on Wizards vs Aliens? The season two episode "The Thirteenth Floor" was originally going to be SJA season five.
And I thought this episode was good. I understand why you found the ending trite, but I think leaving it hanging was good sense.

Well, it is a kids' show; it can be socially relevant, but don't expect the second coming of Waiting for Lefty... :-S

Unfortunately, he wouldn't have done it; he HATED science-fiction, even with Doctor Who being only tangentially related to that word...

I dare say, although I gather there was a farmer in Bangor who was less than impressed with a scantily-clad Rihanna cavorting in his field.

He was also a DUP councilman. They get offended by women existing.

He certainly sounded the type.

I didn't know that. I did know he wasn't interested in Star Wars until he saw Ralph McQarrie's picture of C3P0, though.

He infamously walked out of 2001: A Space Odyssey, and was reportedly rather difficult to work with on the first film.

It has been quite some time since I watched this story, but I found the loss of Ellie one of the saddest moments in the Sarah Jane Adventures. She was a stunning character and could maybe have given a lot to the series and even shaken it up a bit. But still, within the context of the story I think it pretty much works, at least on the basis that the series was not complete and it looked like she may come back through the mystery of what was happening with the Night Dragon. I know that in the SJA DWM special that does not get mentioned (I think) but I still feel it was being foreshadowed to be important later and what we are seeing is something incomplete. I do sort of agree with the feeling of artifice you mention Phil, but the story is saved for me by the performances of Ellie and Clyde.