Outside the Government: The Man Who Never Was 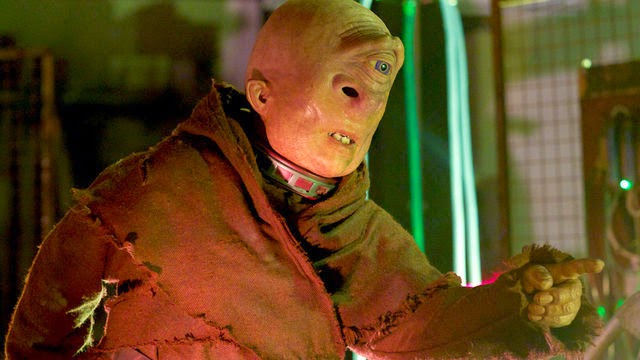 Lovely essay thanks Phil, I do though have a bittersweet feeling reading it knowing that we will have no more of this show. Very sad, there are not many shows like this.

I think the chance has passed but I would still love, one day, to see novelisations of the unmade stories (Meet Mr Smith, The Thirteenth Floor, The Battle for Bannerman Road). Gareth Roberts, are you here? :)

"Wizards Vs Aliens" is most definitely its spiritual successor. It may not contain Ms Sladen, but it does prove that if the care is taken, the magic is still there.

Oh yeah sure I watched it all and thought generally it was great fun and loved seeing things like the Thirteenth Floor actually get made, Annette Badland and Dan Starkey. In some ways though after watching it I didn't find that as a show it stayed with me in the same way that Sarah Jane did. Still really good tho.

Oh yeah that would be fab! I really enjoyed reading about the plots for those stories in the DWM SJA Companion.

I'll save most of my thoughts in case Phil does a post about WvA, but you could definitely see the parallels between it and SJA, to the point of most of the characters echoing SJA season 1 (except that Ursula was the only reoccurring female character). By season two, it had some really good moments, but even its best episodes were at middle-SJA level

That episode was so, so good. And every time I watch season five, I am so, so, so grateful that the half of episodes that were filmed included Luke and Sky together. The bit where Luke walks into his old bedroom--the scheming to contact Clyde and Rani...
There's a reason Smiths+ Doctor is on the top of my wish list if Big Finish ever gets the nuWho license

I'm a bit confused. Surely everyone knows slavery is wrong. What's the point writing a story about it?

Luke and Sky. Was there a third sibling planned named Walker?