Outside the Government: Vault of Secrets

The Kickstarter may have made enough to get through The Sarah Jane Adventures thrice weekly, but there's still a ways to go before Torchwood: Miracle Day gets the same treatment. And we're just $1200 away from securing Volume Four of The Last War in Albion, covering Neil Gaiman's Sandman. Plus, I've just posted the second chapter of the secret Doctor Who thing, which is, if I may say so myself, quite fantastic and worth throwing a few bucks at. Just fifteen days before the window to see it serialized as I write it closes forever.  All of which is to say that if you've not pledged yet, now's a lovely time to. 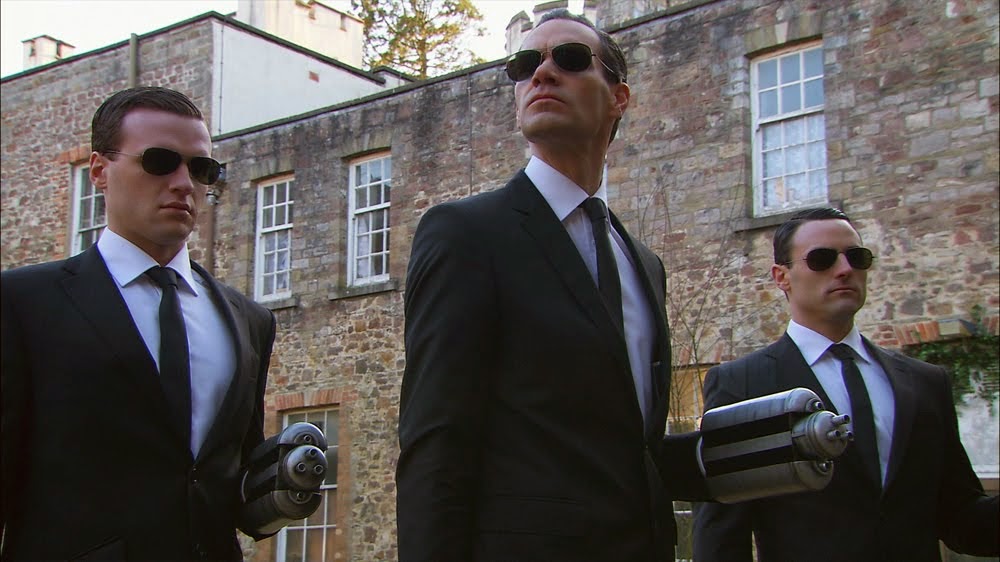 Apropos of nothing...I'm going down to Melbourne tomorrow so I might check this out over the weekend!

here's still a ways to go before Torchwood: Miracle Day gets the same treatment

What can we pledge to have you give Miracle Day the Dalek Master Plan treatment?

I really like the choice of bringing back the Men in Black, in that this is probably the only time they COULD be brought back. A villain from a Doctor Who cartoon many people still don't even know exists is hardly something Doctor Who writers will be scampering over each other to reuse-- but Phil Ford uses Mr. Dread in a much more interesting way than the MIB were used in Dreamland. Not to mention the actor who was playing Dread really nailed it, oddly. Its not a meaty role, its the kind you need to play something REALLY specific and stick to it unwaveringly, and it can be very easily over or under done. I actually wish he would show up again now.

Yeah shame the show coasted and did not experiment it's being on the periphery more, and explore viewing characters (such as lone Silurians) from new perspectives. It would be the perfect approach, as being the show on the outside, especially during Moffat's time, SJA would be able to have a new perspective on old known things.