Pop Between Realities, Home in Time for Tea 64 (No Angels) 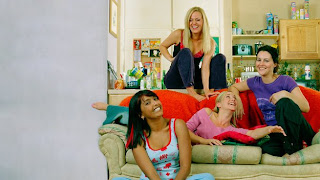 Call it a hunch - the sense that maybe having an essay like this written will eventually make sense in the same way covering Dark Season and Press Gang did.

Even without that hunch, though, its relevance would be easy to argue for. Though it might require some consideration of a general theory of how television shows relate that extends beyond the limited notion of “other shows by” and spin-offs that provide the limited but canonical list of shows “related” to Doctor Who. In practice the process is trickier. Life on Mars, for instance, predated Doctor Who in its conception, but aired in its wake, out of BBC Wales, and with at least one documentable inspiration from Doctor Who. It’s not a spin-off so much as it’s an allied program.

But what do we make of No Angels? Like Life on Mars, two of its writers got poached for Doctor Who-related work in this period. Unlike Life on Mars, it’s not even remotely a genre program, wasn’t for the BBC, and predated Doctor Who (The last episode of its third and final season aired four days before New Earth). It would be going too far to suggest ...

Pop Between Realities, Home in Time for Tea 63 (Life on Mars)

Part of its success, of course, meant that Doctor Who by 2006 had acquired stablemates at the BBC. This is a prime example. One of the first acquisitions Julie Gardner made upon becoming Head of Drama for BBC Wales, featuring two writers who would be poached by Russell T Davies over the next two years, and, of course, featuring future Master John Simm playing Sam Tyler, the surname apparently picked by Matthew Graham’s Doctor Who fan of a daughter, Life on Mars is impossible to discuss Doctor Who without mentioning. Especially because it’s ostensibly a sci-fi show.
The word “ostensibly” is such trouble here, though. Life on Mars is in no way aimed straightforwardly at the normative cult audience. Yes, there’s something vaguely resembling a time travel plot. But it’s not a cult sci-fi show, as evidenced by the appalling ending cooked up by the American remake that postulates that the entire series has been a virtual reality simulation for the crew of the first manned mission to Mars. That this ending was so unsatisfying speaks volumes about how little this premise is actually a sci-fi show. Inasmuch as it is, really we’re in textbook ...

Pop Between Realities, Home in Time for Tea 62 (Battlestar Galactica) 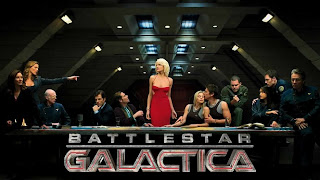 “What about the United States” is, of course, a terribly weird move to make right now. After all, by the time The Christmas Invasion, which we’ll deal with on Monday, aired in the UK, exactly zero episodes of the new series had aired in the United States. Indeed, the airing of Series One in the US coincided with much of the airing of Series Two in the UK. The show’s US popularity lagged the UK by a quite massive margin. So for the most part the question of Doctor Who in America will be tabled until Matt Smith and BBC America, who do, shall we say, rather a better job with the show.

Still, let’s talk about its initial American context on the Sci-Fi Channel. The Sci-Fi Channel is one of the most unfortunate ideas in television history. It was launched as a cable channel in the early 90s, when cable was expanding and everybody thought cult television was actually a way to make money. (A year before The X-Files, then.) Unfortunately this turned out not to be the case. Sci-Fi Channel’s original plan of running old cult series acquired cheap never quite took off, and ...

Pop Between Realities, Home in Time for Tea 61 (Big Brother)

I could never have written this post as well as Richard Jones, and so I asked him to step in for a guest post. This is one of the best decisions I have made in the course of this project.
In 2009 everyone was hard at work writing blog articles in anticipation of ‘The End of Time’, the grand finale to Doctor Who’s Davies era. io9’s contribution took an interesting approach, offering a list of the errors the production ran the risk of making.
“Though there's absolutely no denying Davies has successfully forged a massive popular (and, to a slightly lesser extent, critical) success with his revival of Doctor Who,” wrote Alasdair Wilkins, “I'm sorry to say that I'm still not entirely convinced he's all that good at writing episodes of Doctor Who.” Yet hope remained. Perhaps Davies could learn from the mistakes the article identified and seize this last chance to convince? A key point on this syllabus of errors was the way Davies’ Big Climactic Epics interacted with pop culture. The article made it clear that it didn’t “have anything against Richard Dawkins having a cameo on Doctor Who” but ...

Pop Between Realities, Home in Time for Tea 60 (The Second Coming, Casanova, Honey to the Bee) 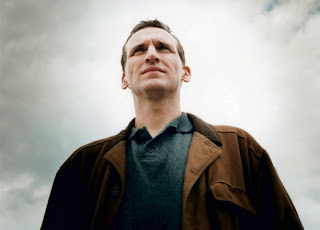 So here we are. New website. I would have launched it right with Rose, but, well, it was easier to throw the switch on the weekend. So yes, this is now properly just “my website,” with TARDIS Eruditorum as its primary but not exclusive feature. These posts will still go up reliably in the morning on Monday, Wednesday, and Friday, with other content filling in as the spirit moves me, so to speak. You can also tour the various pages up above for status updates on various projects, links to buy all sorts of stuff, and the like. Welcome, and thanks to the lovely Anna Wiggins for getting this thing set up. If it falls on your head and causes serious injury, sue her, not me.

And, of course, this is the last post before Rose. Though the way the Kickstarter is going, I expect that any moment now the Rose post will be going up as a backer-exclusive update there. And it’s very much a calm before the storm thing - the low key post before Wednesday’s storm. Last bits of groundwork for the new series. Several points that are tentative and may need refinement. I’m categorizing ...

Pop Between Realities, Home in Time for Tea 59 (Harry Potter) 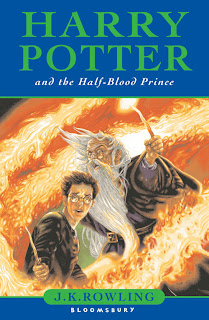 Let's start with a quick update on the Kickstarter for the second edition of the Hartnell book. Short form: it's doing amazingly. We're well over goal, and working our way through stretch goals at a pleasant clip. Right now the stretch goals are commentary tracks for specific episodes. So let's talk about that.

I've been musing off and on about whether there's a sequel to be had in terms of TARDIS Eruditorum. And in terms of the blog, no, there isn't. I'm not going to have much more to write on Doctor Who when I'm done. I mean, I'll come back at the end of every season or so and do a catch-up, but it's not like I've developed bold new interpretations of The Web Planet since 2011. But there's always been a dimension the blog hasn't been great at doing: the visuals and storytelling of episodes. Simply put, that's stuff that's easiest to talk about when you have clips in front of you. And while I've occasionally done video blogs (Here's a random example) that talk about this, it's just ...

Pop Between Realities, Home in Time for Tea 58 (State of Play) 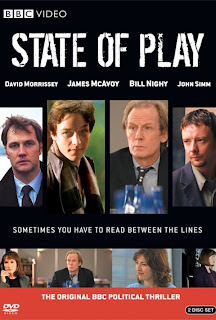 As we’ve noted previously, Paul Abbott was one of Russell T Davies’ primary mentors in television. And State of Play remains his big prestige project, making it a useful thing to look at as we try to answer one of the most difficult questions about Doctor Who imaginable: what should we have expected Russell T Davies’s Doctor Who to look like. After all, we know the answer to this. We know it so well that it’s easier to look at Davies’ past career as a prelude to Doctor Who than it is to figure out what a reasonable set of expectations for his Doctor Who would have been. And so State of Play is interesting as a near-miss: a story by a writer Davies invited to work on the new series, written as a high-profile BBC One drama, but far enough away from Davies and Doctor Who that it doesn’t invite direct comparison. Instead it lets us ask the more important question: what does major BBC drama look like in the mid-aughts?

In many ways what’s most interesting is that we have major BBC drama again. The nineties were not good for the BBC, not ...

Pop Between Realities, Home in Time For Tea 57 (Firefly)

The argument for Firefly’s influence on Doctor Who is marginal at best. Moffat hadn’t seen the show until a year or two ago, and while Davies might well have, there’s nothing obvious about his Doctor Who that draws from Firefly in the same way that there is about, well, Buffy the Vampire Slayer, for instance. Nor is there any particularly overt influence from Doctor Who on Firefly. I mean, nobody would be surprised to learn that Joss Whedon grew up watching Tom Baker on PBS or anything, but nobody rattling off Firefly’s major influences is going to hit on Doctor Who. Which is actually ever so slightly unfair, as one decent account of Firefly would be “if Robert Holmes had created Star Trek.” I mean, Holmes wrote two space westerns already…

But no. The truth is that the relationship between these two shows is not one of direct influence. Nevertheless, Firefly proves instructive in two regards. First, the history of Doctor Who is still in part a history of cult television, and Firefly provides an odd watershed moment in that history. Second, even if Firefly is not itself a direct influence, both it and contemporary Doctor ...