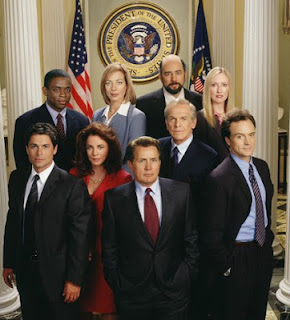 How to handle 9/11 is, from a writerly perspective at least, a tricky business. It’s too big to shove into an “oh yes, this happened too” paragraph in another story. We’re not doing City of the Dead, the book that came out in September of 2001, and even if we were, it would derail that entire entry. And yet it’s too hard to get one’s thought around it to give it its own post as such. We’ve finally hit the point where the events we’re trying to cover are too recent. There isn’t enough distance to historicize. There are still too many different 9/11s to talk about its impact.

There are two ways of looking at this. The first is that this means that 9/11 hasn’t been wrapped up in the comforting bunting of fiction yet. We can still remember the actual event. I was still in undergrad at the time. It was two days after my birthday. I remember calling airlines for a friend who was scared that her uncle was on one of the flights. I remember taking the substantial leftovers from my big birthday dinner two ...

Pop Between Realities, Home in Time for Tea 55 (Coupling) 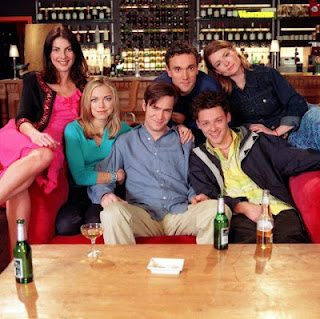 There’s an oddity to some of these Pop Between Realities entries. Once again, we’re on a show that we’d never have talked about if we didn’t know that Steven Moffat was going to be one of the central architects of Doctor Who’s revival. But he is, and we do, and so here we are.

Coupling is, of course, sex comedy. It’s more to the point sex comedy about gender essentialism. Precedent suggests I should be infuriated. I mean, let’s be honest: a substantial number of the jokes in Coupling trade on stereotypical depictions of women. And yet somehow Coupling escapes that. There are two aspects of this worth extrapolating a bit. The first is a bit theoretical, but still worth discussing given some of the reactions recent blog posts have gotten. Simply put, just because there are a lot of horrifically imbalanced and oppressive power relations surrounding gender doesn’t mean it can’t be good fodder for humor. Indeed, humor is almost necessary here.

Pop Between Realities, Home in Time for Tea 54 (The League of Gentlemen) 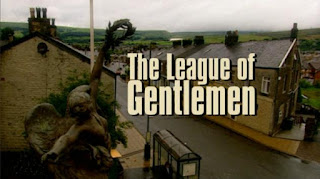 So, I watched The League of Gentlemen for this post, and my immediate reaction was, essentially, barely coherent rage. At a very specific aspect of the show, for what it’s worth, namely the character of Barbara Dixon. Barbara Dixon is a transgender taxi driver where the entire joke is the grotesquery of her still masculine features and the way in which she describes in uncomfortable medical detail the surgery involved. The joke is in part how Barbara’s face is hidden from us, thus stressing the way she’s horrible and ugly. And it’s awful. It’s absolutely, vilely, offensively, awful. It’s a joke about how trans women aren’t real women and can never be attractive and are just deformed wretches. That’s the whole joke. Aren’t trans people ugly. I guess the punchline is when one of them gets raped and murdered for it?

Yes, this is an issue I’m particularly prickly on. Transphobia raises my hackles with a directness that other forms of offensiveness don’t. So much so that it’s just not a topic I’m eager to deal with on this blog. I could get two thousand words of ...

Pop Between Realities, Home in Time for Tea 53 (Queer as Folk)


When talking about The Scarlet Empress I suggested that there was an aesthetic of hedonism represented in the book that was a viable alternative to the paranoid excesses of the 1990s. Then, last post, I made some off-handed comments about abandoning ethics in favor of aesthetics. So I suppose this is a decent time to put my cards on the table, since the turn in question is a pretty massive one. And, more to the point, one that’s broadly germane to what the blog is doing through here.

It has escaped few readers’ notice that the tone of the blog has shifted as we’ve approached the present day. Since we’re now lagging the present only by about thirteen years, the lens of history has grown somewhat less clarifying. Put simply, it’s easier to talk about the movement of historical forces when your subject is 1969 or 1979 than it is 1989, and it’s harder still in 1999 or 2009. The game is still being played. If I ...

Pop Between Realities, Home in Time for Tea 52 (The Invisibles)

That I’d have to deal with Grant Morrison before tackling Lawrence Miles in full is obvious. They are, of course, constantly compared. But exactly why is actually a bit tricky. Miles, at least, has been a bit grumpy about this in interviews, snarking, “Oh, that's right. Start suggesting links between my books and the work of Grant Morrison, why don't you? It's not like I've heard that before.” And yet there’s not an obvious point of similarity besides a (largely undeserved) reputation for being complex and full of ideas. And yet the comparison is irresistible. Even before I’d gotten around to reading any of Miles’s books I knew, implicitly, that the point where I dealt with Interference was also when I was going to deal with Grant Morrison. Something about them seems inexorable and impossible to disentangle. And having worked my way through quite a lot of Lawrence Miles now, the connection seems at once more obscure and more straightforward. The fact of the matter is that there is little particularly Morrisonesque about Miles’s work beyond the fact that both of them are a bit mad and cerebral.

Pop Between Realities, Home in Time for Tea 51 (Buffy the Vampire Slayer) 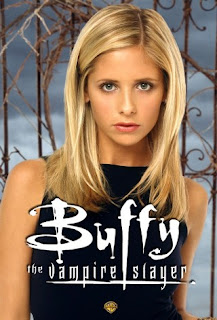 There are a vast number of potential paragraphs beginning with “the really brilliant thing about Buffy the Vampire Slayer is…” It is one of the most emphatically innovative and transformational shows in the history of television. There is no case to be made that it’s one of the most popular television programs ever - it toiled in the low ratings expected of The WB and UPN (more about which in a moment), but nor was it some televisual equivalent of the Manchester Lesser Free Trade Hall show, where nobody watched but everybody who did watch was terribly important. The show changed everything: the nature of fandoms, the standard model of how to write both genre television and “regular” television, and the landscape of American television.

The latter of these is perhaps the least interesting in terms of this blog, but it’s important both in understanding how the show came about in the first place and, at least somewhat interestingly, in understanding how Doctor Who could become a hit in its own right in the US. The key thing to understand about Buffy the Vampire Slayer is that it exists because the channel it debuted on, The WB, was an ...

Pop Between Realities, Home in Time For Tea 50 (Neverwhere) 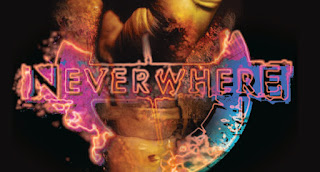 For all that the TV Movie was a staggering aesthetic failure, it’s telling that so many people in the UK watched it. Yes, nobody actually liked it, but in a way that’s preferable from the perspective of someone who wants something resembling Doctor Who to come back on television and under the name “Doctor Who.” There is, in the wake of the TV movie, at least a clear mandate for Doctor Who’s return. The details on what that return should look like beyond “not like a generic piece of American cult television” were hazy, but it was at least clear that people wanted something Doctor Whoish on their television screens. Jonathan Creek, as we saw, did a good job of feeling like what Doctor Who would feel like if the BBC put some effort into it, but in many ways it is therefore Neverwhere that is more interesting, being as it demonstrates what mid-to-late 90s Doctor Who would look like if the BBC completely half-assed it.

It’s tempting to say that the answer is “not very good,” but saying that requires a slightly strange misreading of history. It’s true that there are many things that ...

Pop Between Realities, Home in Time for Tea 49 (Jonathan Creek) 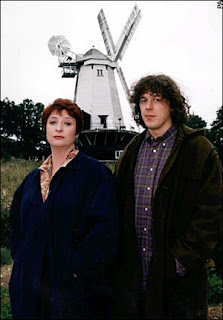 This post, for those keeping track, will be the first one of the Paul McGann/Christopher Eccleston book. But since we’re still in the chronological whorl of the late Virgin era, let’s cheat a bit and flip a year ahead, to May of 1997, and to the debut of a show called Jonathan Creek. On Wednesday we’ll watch as Doctor Who blows its big shot at a comeback. But before that, let’s glance at the landscape a year after Doctor Who. Because it’s not just that Doctor Who had a bad TV Movie that scuppered its chance of a comeback for almost a decade. It’s also that Doctor Who, less than a year after the TV movie, was rendered in essence culturally obsolete.
While it is not clear that Jonathan Creek was intended to usurp Doctor Who’s place in Britain’s cultural landscape, one has to admit that shooting Colin Baker seven minutes into the first episode is a pretty good opening bid for this goal. Saying this, of course, requires us to offer some general case theory of what Doctor Who’s place in the cultural landscape is or was. This is ...