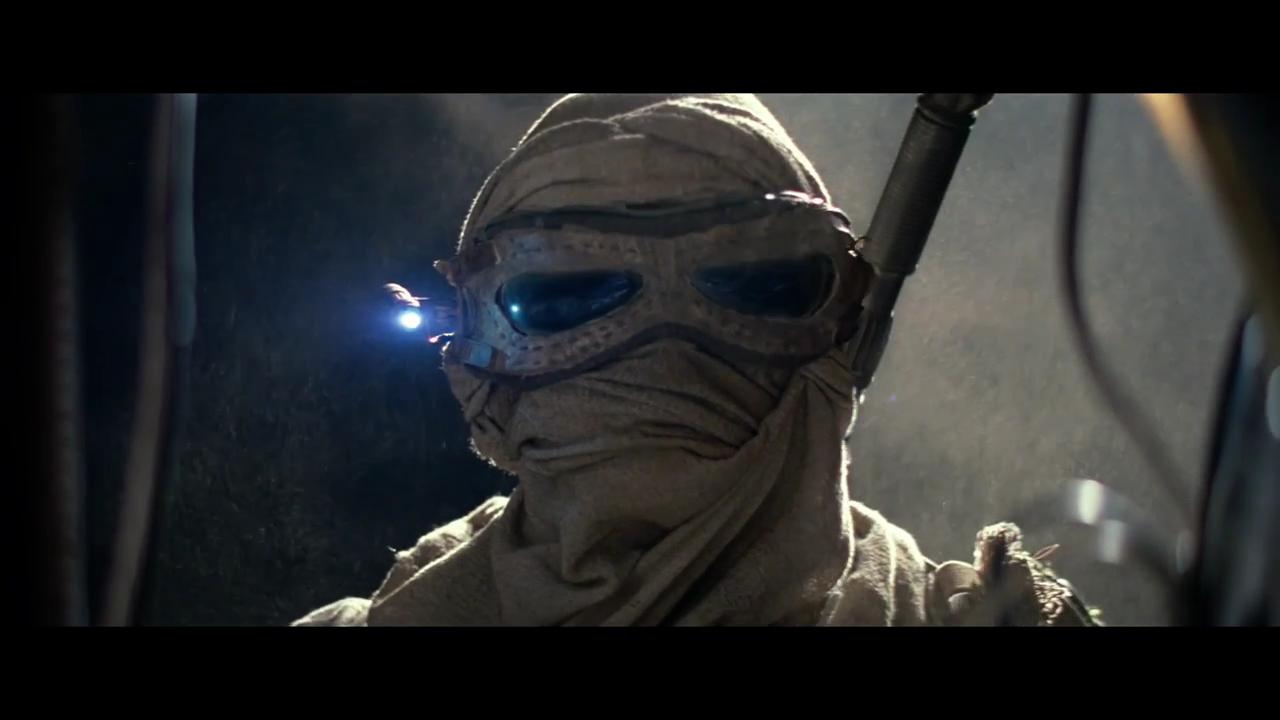 It’s only halfway through the trailer that we start getting what’s usually taken to be typical Star Wars fare – a chase scene between spaceships. But even this is given a twist, because it’s not just any sort of chase scene, it’s a nostalgic one, for this chase scene features the Millenium Falcon. Iconic. And we even get an old Harrison Ford playing Han Solo. And of course we should be concerned. Repeating what's happened over and over isn't progress. And when the battle scenes and dogfights and explosions come roaring in, it's hard not to believe this is just a gussied up war story.

So, nostalgia.  I was 9 years old when the original Star Wars came out.  It blew me away.  I didn't even know Doctor Who at that point, just Star Trek TOS.  Suddenly we had new games to play on the playground.  (I usually played a droid.)  So yes, I loved it, uncritically. It was adventurous, and weird, and funny.  It was also incomprehensible, for I was raised agnostic/atheist, and so had no basis for really grasping the Force, let alone the bit where Obi Wan lets himself get cut down by Vader, only to disappear like a rabbit in a hat. "The Dark Side. The Jedi. They’re real," is also a rejection of nostalgia in the sense that it's evidence that at least one character is not as we remember him, Han having been the one who didn't believe in the Force in the first movie.

Still probably not going to bother with the movie, but I did smile at that one moment in the trailer.

I hate to quibble but isn't the narrator of this trailer Lupita N'yongo?

Yes, this does seem to be the consensus.

Yeah, they've confirmed that the lines from the TV Spot are Lupita, and this is clearly the same voice.

So it's Maz Kanata speaking.
Comments ate my last sentence.

Not having actually followed the hype machine, I had no idea! I heard an older voice, saw an older Carrie Fisher, and did a terrible job of connecting the dots.

Regardless, the actual lines themselves, and the discourse around them, seem to point to a story that's more about interiority (and possibly religious experience) than the arts of war.

I can only hope.

I'm remaining cautiously pessimistic about this movie, but the iconography of the ad campaign is, for me at least, subtly fascinating. An escaped child soldier and an orphan refugee, both trapped in the endless war of their parents' generation, literally living in its detritus, being chased by a man who is essentially cosplaying the tyrants of the past?

I mean, I'm sure it'll end up being just kiss kiss bang bang at the end, but there's certainly potential for something actually interesting there.

That's an interesting way of looking at it!

Or, as one internet forward has it, it's the story of a black man and a white woman fleeing a robed and hooded fanatic with a burning cross.

EDIT: Six failed CAPTCHAs and counting. "Who are you" indeed.