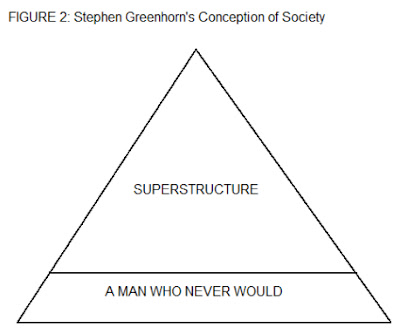 END_OF_DOCUMENT_TOKEN_TO_BE_REPLACED

In ‘The Mutants’, Earth’s empire is the British Empire in decline, as it disassembles itself out of economic necessity (true in general terms but misleading in particular; the British were usually savage in their resistance to independence). The Marshall echoes Ian Smith, who ran the racist apartheid state of Rhodesia (now Zimbabwe) and tried to hang on after the British cut him loose.

The system is depicted as inherently racist, featuring a version of apartheid. The Solonians are not black, but then neither were the Irish… and they were the first to come under the British heel. ‘The Mutants’ shows racism, quite rightly, as the ideology of empire, not the cause.

There is an apologia for empire that stresses the “progress” it can bring to its subjects. The concept of “progress” is really what this story interrogates. Earth hasn’t brought much to Solos, whatever the Administrator’s ceremonial bromides. Of course, Solos only seemed in need of ‘progress’ to the humans. It suited the Solonians just fine, as you’d expect. This expresses something very true about colonialism: that what the colonisers see as raw material needing to be shaped, the colonised often see as shaped just fine already thank you very much. To the Overlords, what they’d call “progress” (uniforms, racism and technology that destroys ecosystems) is all up on Skybase, their celestial seat. Understandably, Ky rejects it. The script backs him up with the descriptions of Earth as worn out, a wasteland of ash, slag and clinker: “the fruits of technology” as the Doctor says. This is the real reason for the humans’ presence on Solos. This is fairly accurate as a picture of a declining empire. An empire that, say, runs on fossil fuels that are gradually running out might be keen to control other people’s oil. Of course, you can’t really understand modern imperialism without understanding capitalism, which doesn’t appear in ‘The Mutants’, not even by implication.

Imperial “progress” often means people like Jaeger using their advanced technology to customize colonies for their needs in ways that will decimate the natives. This is pretty much what happened when the white man arrived in Africa and America. The Doctor is there to personify the other possibility; the humanistic, ethical science that we’d all like to believe in. There is no idiotic blanket condemnation of science, just recognition that it can be a weapon in the hands of power. We are also invited to condition science with an awareness that older forms of discourse might have objective validity. The Doctor brings the ancient artefacts of the Solonians to the attention of hippy-anthropologist Sondergaard and they find accurate accounts of history and biology in the native culture.

I used to think that this story represented evolution (inaccurately) as an upward progress from brutish animalism to enlightened and “higher” forms… but that doesn’t hold.…