The Legend of Zelda Majoras Mask 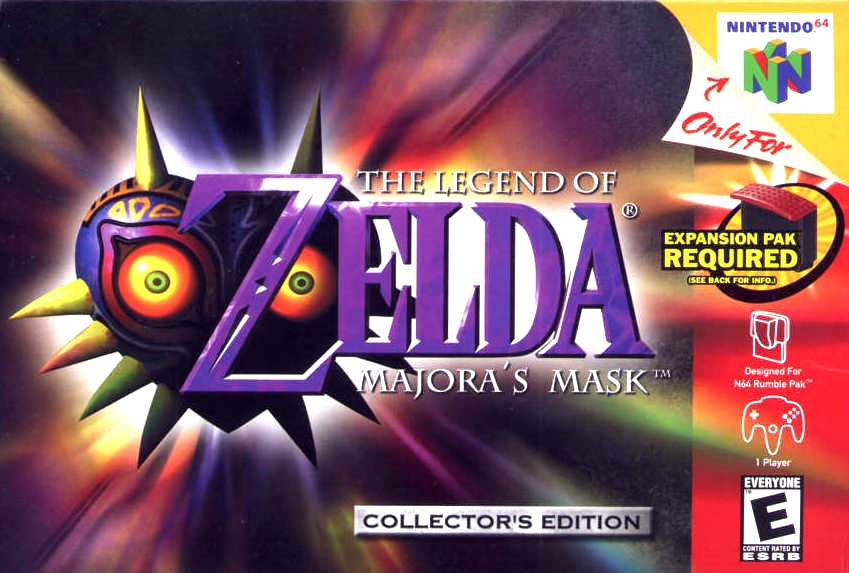 There was a child once long ago who went into the woods outside Kokiri Village. The child was looking for someone, and was very sad because all of their friends had gone away, and they thought that they didn’t have any. As it came to be, these woods were enchanted, and it was said strange and mysterious things happened to those who travelled through them. Some of the village people thought these woods had been the dwelling-place of the Old Ones in the time no-one could remember anymore, and that their spirits and memories still haunted those same woods.

The child searched high and low, near and far, but couldn’t find any trace of the person they were looking for. Then, the child found a cave inside a hill they had never explored before. Supposedly, this cave opened up into a gigantic hole, and the child fell in. That was the last anyone ever heard of them. Some say the child found the kingdom of the faeries who are thought to live inside that hill, and that it was those same Good People who raised that child, and that they remain inside that hill to this very day.

From its outset, The Legend of Zelda: Majora’s Mask is brave. The first explicitly direct sequel in the series’ history since Zelda II: The Adventure of Link, and a sequel to the overwhelmingly successful and beloved The Legend of Zelda: Ocarina of Time to boot, there was a lot riding on this game, especially after director Eiji Aonuma was tasked with designing the entire thing from scratch in under a year. Yet before the game even starts, Majora’s Mask immediately sets about distinguishing itself from its illustrious predecessor in some very dramatic ways. The most obvious, of course, being the fact that the iconic Legend of Zelda sword-and-shield emblem and regal gold background adoring the box art of every game since A Link to the Past has now been replaced by an entheodelic maelstrom (or, prophetically, the main cast in the New Nintendo 3DS version) and the piercing gaze of the titular Majora’s Mask. This continues into the game’s opening moments: There are many ways in which one can note the Peter Pan influences in The Legend of Zelda, from Kokiri Village in the last game to Link’s tunic itself. Yet this time, Zelda has chosen to invoke Alice in Wonderland instead, and that one small change changes everything.

The literal rabbit hole is obvious, less obvious is the world that rabbit hole opens into. For the first time since The Legend of Zelda: Link’s Awakening, this Zelda is not a story about Hyrule. Instead, it is set in the land of Termina, a curious mirror universe of the Golden Land where everyone looks the same, but behaves very differently. Where Hyrule is always depicted as some kind of romanticized classic high fantasy world, Termina is in places shockingly modern, with Elizabethan and Renaissance-influenced fashion and architecture, and even a rock band.…