The Japan Trip (She’s Leaving Home, The Long & Winding Road, Let It Be) 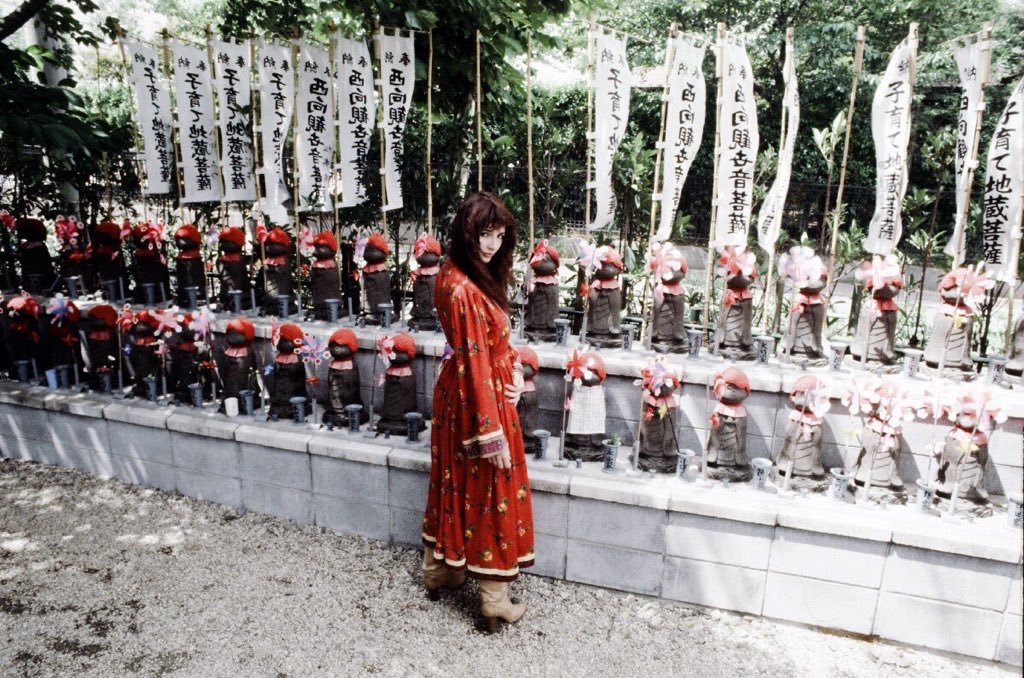 You see, Kate Bush wasn’t in control of her environment. She didn’t have her own band, gigs she planned, and she was undertaking activities she wouldn’t do again until the Eighties and Nineties (we will cover Let It Be on this blog again). But even more paramount to the uniqueness of Bush’s Japan trip is the firsts it uncovers: it is the first time Bush performs to a major audience.

On the 18th of June, 1978, Kate Bush performed “Moving” to an audience of 11,000 people at the Nippon Budokan for the 7th Tokyo Music Festival. This is just the number of people watching who were present, however. About 33 million people watched Bush on TV, a staggeringly large number. Japan and its huge physical music market had its eyes on Bush, and she was suitably terrified. For all that the lead track status of “Moving” makes it a fitting opening number for a performance, Bush is visibly terrified while singing this song, her voice wavering as a band she’s never met before coming to Japan played her music.

The entirety of the trip consists of Bush doing not-very-Kate-Bush things, and she’s visibly ill at ease with this. A studio artist with no tour experience was going to be out of sorts performing to thousands of people 9 and a half thousand kilometers away from home. Yet Bush was clearly set on getting as much done in a short period of time as she could. She respected Japanese cultural norms, attending a Shinto shrine and (apparently) conducting herself with characteristic etiquette. Sadly few details about the shrine visit are known, as history has generally not recorded Bush’s time in Japan well.

Bush’s relationship with Japan is slightly vexed. She’s… well, Bush is a bit rough on the issue of cultural appropriation. The cover of The Kick Inside is famously orientalist, and we’ll have lots to talk about when we talk about The Dreaming. Bush certainly has respect for other cultures, but takes the European artist’s path of lifting cultural touchstones rather than delicately conversing with their creators — indeed, she slightly flubs her one English TV interview discussing Japan when she refers to Japanese people as “not saying how they feel.” It’s a cryptic moment and some of the messages it sends aren’t great.

Even Bush’s performances, the primary record for this period, aren’t terribly well documented. There are low-quality recordings of them, but seeing as Bush’s usual bandmates didn’t accompany her to Japan and interviews in which she discusses the trip are nigh on impossible to come by, it’s hard to find any behind-the-scenes insight into this period, which renders Bush’s work in Japan ever stranger. In addition to “Moving” and a performance of “The Man with the Child in His Eyes,” she stages the most bizarre dance number rendition of “Them Heavy People” ever on a TV show called Sound in S, with co-lead vocalists and a host of dancers. It looks nothing like any other performance of the song ever — it’s genuinely bizarre a song that mentions G. I. Gurdjieff would be treated like this. Sure, Bush has a poppy edge, but this is showbiz, not her own brand of pop.

The most jarring moment of all comes in the form of… Kate Bush doing Japanese watch commercials. That’s not a shitpost, that is a thing that literally happened. Twice. And they use “Them Heavy People,” which didn’t seem to catch a break in Japan (as it was released as a Japan-exclusive single and reached #3 on the charts, this is understandable). “We have many varieties of mood within us, but it’s up to you to choose,” Bush enunciates possibly the most animistic commercial slogan ever. It’s a strange pair of adverts, and there’s probably a reason Bush did commercials so sparingly her next foray in the business wouldn’t be until the Nineties.

In addition, Bush performs a surprising amount of Beatles songs. As a solo act, she sings “She’s Leaving Home” and “The Long and Winding Road.” As part of an ensemble, Bush performs “Let It Be.” The results are mediocre at best: Bush whoops the relatively silent “She’s Leaving Home,” runs into the basic problem of nobody ever having made “The Long and Winding Road” work exacerbated by saccharine orchestral accompaniment, and across three takes of “Let It Be” struggles to maneuver her way into the song (we’ll deal with another version in the Tour of Life post, and her final recording of “Let It Be” is too big for this blog post). Perhaps the most notable common element of these songs is their writer, Paul McCartney (John Lennon wrote the chorus of “She’s Leaving Home,” but the bulk of the song is McCartney’s). McCartney is certainly the poppiest of the Beatles —Harrison and Lennon would never have penned something like “Let It Be.” A number of his songs can be described as feelgood (this is the man who would write “Ebony and Ivory,” you understand). This suggests Bush likes a certain degree of pop in her music, with emotional characters and sweeping melodrama. She’s long staked her flag in the ground as a Sgt. Pepper stan. This explosion of pop showmanship can be considered a Beatles tribute, Bush’s dabbling in Marianne Faithfull waters for a day.

It doesn’t entirely work out for her. I mean, Bush won a silver medal at the Tokyo Music Festival, but the highest honor went to Al Green (which is hard to get upset about. If Kate Bush is going to lose to any singer, Al Green is an honorable choice). Yet she never engages with mainstream pop in the same way again. Bush will remain popular in the charts, but she doesn’t pursue the festival circuit as an artistic path. Soon she’ll retreat even further inward, abandoning a career that involved touring for a studio-bound career. Yes, this has led to tragedies like no songs from The Dreaming ever being performed live. Yet with the slightly hollow and rushed showmanship of her excursion to Japan, it’s hard not to feel like Bush benefits from staying close to home.

Christine Kelley writes about speculative fiction and radical politics from a queer revolutionary perspective. Currently her main project is Nowhere and Back Again, a psychogeography of J. R. R. Tolkien's Middle-earth. Her first project was the now semi-retired blog Dreams of Orgonon, a song-by-song study of Kate Bush.Support Christine on Patreon.
I Don’t Speak German, Episode 12 – ‘Fash the Nation’ and Donald Trump Outside the Government: The Lying Detective

Leave a Reply to SleepyscholarCancel reply