Another year over, which means that it's time for the annual Eruditorum Press post-holiday sale at Smashwords. But first, a practical word: I'll be putting another Boys in Their Dresses entry up tomorrow morning. I'll do one more on December 30th. I have a few more written past that, so I'll run the series on Fridays for a few weeks overlapping with Dalek Eruditorum, which will begin January 6th.

Currently Dalek Eruditorum is set to run in its 26-post version. But it's a mere $35 away on Patreon from going up to its 39-post version, and has until January 6th to get there. That would add essays on The Crusade, Evil of the Daleks, The Green Death, Invasion of the Dinosaurs, Seeds of Doom, Deadly Assassin, State of Decay, Kinda, The Greatest Show in the Galaxy, the TV Movie, Planet of the Ood, Closing Time, The Magician’s Apprentice/The Witch’s Familiar, and something from Series 12.

Meanwhile, we have until January 1st to get to the $800 threshold needed for Series 12 reviews. If we don't make it, I'll do short reviews for $2+ patrons, but the full shebang Eruditorum Press reviews will only ...

Posted by: Jack Graham 10 months ago

Couple of business updates for everyone.

First of all, TARDIS Eruditorum v5 is back in print just in time for the holidays. The Kindle and print editions are still stubbornly not connecting with one another, so here they are:

At this point, volumes 1-5 of TARDIS Eruditorum, Last War in Albion 1, and Neoreaction a Basilisk are all back in print. I expect I'll get v6 early next year, and v7 out in general... ooh, I had been saying January/February, but let's call it March/April just cause November was kind of a train wreck for productivity. I have like three more essays to write, but they all involve a lot of television watching that I just haven't found time for.

Speaking of Neoreaction a Basilisk, I've cut the UK Kindle price to the bare minimum for a bit in case anyone needs some cathartically funny reading about how we're all fucked.

Finally, I wanted to highlight that Dalek Eruditorum is still only at the baseline 13 post version, with the Patreon stalled at $667. So it needs $33 to get the second swath of stories, and $83 to get the ... 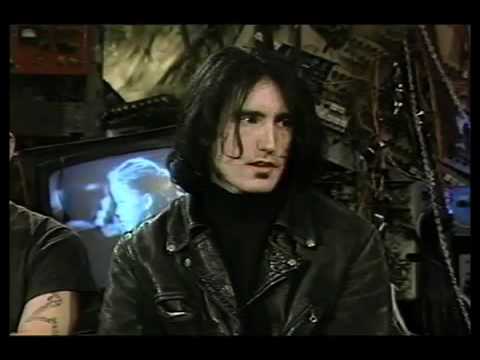 In this episode, Daniel tells Jack about a lesser known but crucial figure in the rise of the 'White Genocide' conspiracy theory on today's far-right, Robert Whitaker.

"ASIA FOR THE ASIANS, AFRICA FOR THE AFRICANS, WHITE COUNTRIES FOR EVERYBODY!

The Netherlands and Belgium are just as crowded as Japan or Taiwan, but nobody says Japan or Taiwan will solve this RACE problem by bringing in millions of third worlders and quote assimilating unquote with them.

Everybody says the final solution to this RACE problem is for EVERY white country and ONLY white countries to “assimilate,” i.e., intermarry, with all those non-whites.

How long would it take anyone to realize I’m not talking about a ...