The first song to have a demo completed for The Dreaming (“Sat In Your Lap” was initially released as a standalone single), “Leave It Open” introduces much of the album’s ambition and cadences. Another treatise on the nature of thought and repression, Bush develops and inverts her previous metaphysical ideas about the world, presenting it as a frightening and hostile sphere yet treating interaction with it as an inevitability, and even a relationship where a person’s interiority can have input. As the refrain stipulates with a degree of bellicosity, “harm is in us, but power to arm.” In “Leave It Open,” Bush creates an ethos of wondrous fear, where allowing the self to become a vessel for something Other is an act of submissive reclamation of human potential.

Let’s start counterintuitively (in the spirit of The Dreaming) with the coda of “Leave It Open”, which sees Bush proffering a rare, aphoristic thesis statement in the form of a repetitive double-backmasked chant: “we let the weirdness in.” Amusingly, upon release this was Bush’s most controversial coda, with listeners calling into Bush’s television and radio interviews attempting to guess what distorted words Bush is singing ...

Hello! If you missed it, the Kickstarter for TARDIS Eruditorum Volume 8 began over the weekend. We hit goal in 24 hours, but are still $500 away from the first stretch goal, and frankly, I'll be pretty sad if the book doesn't get most of its stretch goals, cause some of those are pretty big essays. So please, if you haven't yet, head over and back the Kickstarter.

With that said, the grand finale of The Last War in Albion Volume 2. 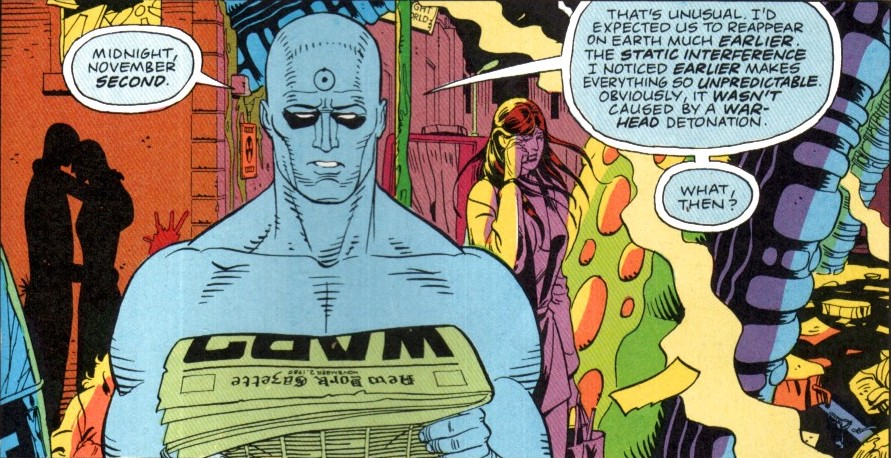 It must be said that Moore was in no way prepared for this development, and indeed would be both slow and reluctant to adjust to the reality that he was now engaged in an elaborate magical War. As discussed at length, he reached the end of Watchmen with a sense of entirely understandable exhaustion, given that it was the culmination of a genuinely staggering period of nonstop deadline-based productivity. But even if one were to take Swamp Thing, Marvelman, V for Vendetta ...

At long and wearied last, it's time for the Kickstarter for TARDIS Eruditorum Volume 8, covering the Paul McGann and Christopher Eccleston eras of the series. The Kickstarter is over here waiting to accept your money. The base goal is a somewhat higher than before $5000, largely because I've learned my lesson about shipping physical rewards. Also, there's a lot fewer physical rewards. But all of this is technical shop talk, and this should be about publicity, so let me change hats and be a proper hype woman for myself.

This week, Daniel and Jack discuss Bret Weinstein and Heather Heying, two alumni of the Intellectual Dark Web, their 'origin story' as 'public intellectuals' in the Evergreen College kerfuffle of 2017, and their current views on Black Lives Matter and Trans Rights as expressed in their Dark Horse podcast. Jack gets angry and giggly.

Next week, we will move on to Bret's brother Eric Weinstein.

Programs and Courses at Evergreen. https://www.evergreen.edu/academics/programs

Jacqueline Littleton, "The Truth About the Evergreen Protests." https://medium.com/@princessofthefaeries666/the-truth-about-the-evergreen-protests-444c86ee6307

"Another Side of the Evergreen State College Story." https://www.huffpost.com/entry/evergreen-state-college-another-side_b_598cd293e4b090964295e8fc ...

Sat In Your Lap

Posted by: Christine Kelley 6 months ago

We did it. I hit $300 on the Patreon because of your support. Thank you so much to everyone who pledged (all 98 of you),

shared the link, contributed to reaching the goals, or was just kind and supportive. This is quite literally life-changing for me. I can making a living off my passion without having to compromise financial security or my mental health. You people are amazing and I am indebted to you all. To be clear, $300 is a minimum though. I'm a disabled trans woman, and people will inevitably drop their pledges. Continued support would be great. But in the meantime, thank you. My life is better for your support.

The aftermath of Never for Ever was a period of burnout for Bush. Prone to depressive burnouts after the completion of projects, she found herself drifting into a nadir of fruitless ennui, which she deemed “the anti-climax after all the work.” Completing Never for Ever in May 1980, Bush, not for the last time, put significant space between herself and the public, taking a ...

Posted by: Christine Kelley 6 months ago

Hi all! I want to start this post with a quick update regarding the Patreon. The outpouring of support from friends and readers 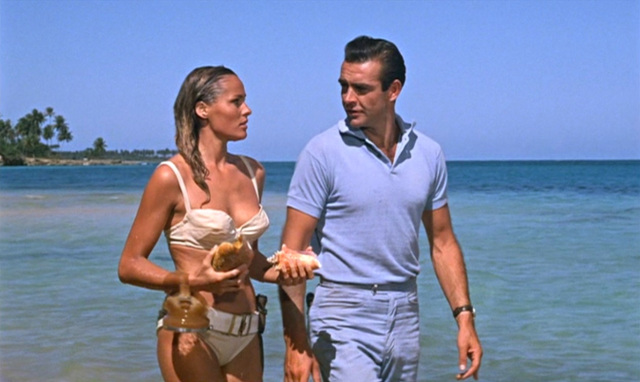 has been truly astounding. I cannot describe the thrill of waking up yesterday and realizing I would soon be able to live off my writing. The support of my community, the chance to fully dedicate myself to my craft, and not having to resort to a re-traumatizing job in order to survive makes for a tremendous feeling of support and gratitude. I cannot thank you all enough. You are amazing and have literally, materially changed my life.

Yet we musn't declare victory too early. $300 is the goal at which I'll feel safe living off Patreon, and at time of writing we're just $17 short of that. Lots of folks have stepped in to get me to the $300 mark with promises to undertake various projects. Here are some things that will happen if I hit $300 on Patreon:

In this bumper episode, Daniel tells Jack all about the recent response to us by Matt Heimbach and Jesse Morton on their Walk on the Right Side podcast.  Also, we do a news roundup, taking in Camilla Long, Lauren Southern, Andrew Neil, Ben Shapiro, Tim Pool and Hank Hill; Tucker Carlson and his writer Blake Neff, recently revealed as a racist forum poster; the arrest of Steven Baca; and the latest scary developments in Portland as ICE/DHS start black-bagging protestors, featuring the rise to instant fame of Tazerface.  Also... the triumphant return of Cantwell News.

Take a Walk on the Right Side Episode 6. https://anchor.fm/take-a-walk-on-the-right-side/episodes/Episode-6-Pandemic--Protests-and-Reciprocal-Radicalization-Gone-Wild-egk0ah/a-a2m68bt ...

In the Name of the Fa

There will be a new episode of IDSG along later today.  In the meantime, here is a substantially re-edited and rewritten/updated section of something I wrote and originally published for supporters only at my Patreon.  As it happens, the subjects discussed below have a fair bit of relevance to the main topic to today's forthcoming new IDSG.

“The United States of America will be designating ANTIFA as a Terrorist Organisation.”

The statement is meaningless in real terms.  As has been widely remarked, ‘ANTIFA’ (even Trump’s use of all-caps is telling of where he’s getting his ‘information’) is not an organisation at all.  It is not a group of people who do things; it is a way of doing a certain thing, namely: opposing fascism.  To be specific: it is a strategy of direct action for confronting fascists, fascism, or things deemed liable to incite or encourage the growth of fascism.  It is a diffuse, rhizomatic, leaderless cloud of people; connected not by membership or hierarchy but by shared goals and tactics - and even that very broadly.  Nor, as has also been widely remarked, does Trump - or indeed ...